‘Entrepreneurship then and now is not too different, just more glamourised,’ says Jitendra Kejriwal of Sonear Industries 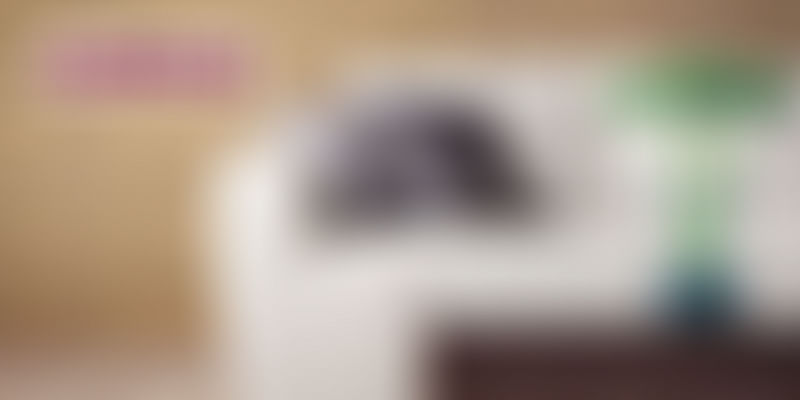 India is a land of opportunities and if Upendra Kachru’s book is to be believed then we are a ‘Land of billion entrepreneurs’.

YourStory met Jitendra Kejriwal, promoter and MD of Sonear Industries, to discuss his thoughts on business and entrepreneurship.

When Sonear Industries started over three decades back in 1973, the family business was in textile and cloth trading, but when Jitendra took over the reins he decided to make his fortune in the wood business.

In the initial years, Donear (as the company was called before rebranding) was mostly a trading company. It set up its first manufacturing unit in Bihar in 1988. Donear took the B2B route to market in the early years of businesses, which included partnerships with architects, interior designers, and carpenters etc. An extensive network of over 2000 dealers across the country helped ensure that Donear products were available to a large section of customers.

In 2009, Donear decided to turn its attention to the B2C market and rebranded itself as Sonear. They embarked upon a multi-media campaign to help cut short the time taken to reach the end customers. The decorative plywood industry, according to Jitendra, is worth Rs 20,000 crore, of which about 75% is still unorganized.

Sonear is among the leaders in the organized space and had a turnover of Rs 400 crore last year. Their B2C focus has helped the brand grow steadily and today a good part of their demand comes from Tier II cities.

How to stay relevant?

The biggest challenge in an old business as that of Sonear is staying relevant – and Jitendra has done this in a variety of ways. One of their most recent innovations has been the Sonear Studio – a retail outlet spread over 1,500 sqaure feet that showcases all the Sonear products under a single roof. The Sonear Studio houses over 500 designs, 35 textures and numerous platters of decorative veneers and laminates.

At present, there are Sonear Studios in Delhi, Ludhiana, Bangalore, Hyderabad, Jalandhar and Srinagar, and over the next two years, Jitendra says they plan to setup 30 such studios across the country. “These studios help people change the perception for our products. When you mention plywood, laminates etc it is not something people easily understand and such decisions are mostly left to architects and interior designers. But now we have introduced a virtual application in our studios which helps get the factual images, by clicking on the veneer you want, against the furniture you want to use it with; this makes it a live experience. This surface stimulation system helps give customers much imagination of what can be done,” explains Jitendra.

Thirty years is a long time to become a successful businessman, and therefore the current Sonear story is all about getting into the next big league, organizing more of the unorganized market and identifying the next frontier. However, the hard work and toil that has gone into creating the business is perhaps what we can take our lessons from.

The early years for Jitendra were all about travel – to learn and understand different aspects of the wood business, understand the different wood and the products that can be made out of the wood. For a decade, Jitendra made it a routine to travel 15-20 days in a month and come back with new products to introduce to his customers in India. “Everything was a learning back then. We didn’t have a set way of doing things and innovated as we moved along. Today, I am proud to say that from buying logs of wood standing in forests of Germany, to supplying it to the end consumer who needs it for decorating the room, we have the complete chain in place,” he says.

We ask him about the core team which helped him through his initial years, and Jitendra replies that there were many who lent support through the journey. This even included bringing in people from abroad to train their own staff to create good quality products. “In the beginning, there was no core team, just a gut feeling that we can do it. I was alone. So I was travelling and bringing back products which got good response locally. The products we brought in were very rare in the market and not too many people had it,” says Jitendra proudly.

Today, Sonear is a well-known brand within the plywood industry, but getting good quality talent in the early days was tough. Today, Jitendra harbours a wish for Sonear to be known in their industry as the best place to work in. “When we were small we literally had to coax people to work for us saying that we are a good company, come join us and we will make you happy. We have seen the stage where we gave interviews to prospective employees to join us, and not the other way around,” says the seasoned businessman with a laugh.

Going with the ‘gut feel’

There have been many lessons, challenges and wins over the years. But ask Jitendra to put a finger to that one point that made the difference, and he answers it was the ‘gut feeling’. This ‘gut feeling’ that Jitendra talks about is tough to define -- perhaps fellow entrepreneurs would understand the feeling better. “Your capabilities come as you move along; you can’t learn everything from the beginning. If you are eager to grow then nobody can stop you. Each day you will do many things, some things will be good and some will be bad. When a man puts a limit to what he will do, he puts a limit to what he can do basically. So never lose hope, you will find the way out. Sometimes you will come to a bottleneck, a little bit of courage and patience will help you move ahead and make you successful,” he offers.