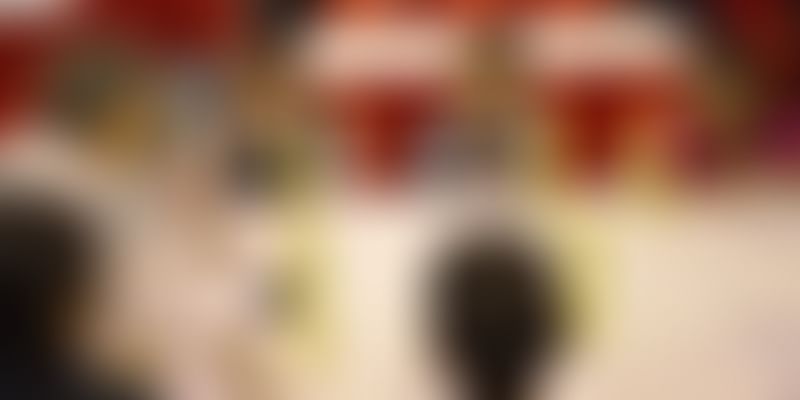 Education startup Gyan Lab, based out of Bangalore, conducted 'Kidovators Challenge 2013' - an innovative challenge for school students of grades 3-8. Started off as a student project in January 2011, Gyan Lab is a startup that builds products to encourage hands-on-learning among school students.

"The competition, presented by State Bank of India and National Payments Corporation of India, has been started to promote practice-based learning, simulating real life scenarios, and foster innovation and creativity in kids across India. The competition has been spearheaded by our co-founder & COO, Sonali Gupta," said Priyadeep Sinha, Founder CEO.

In the inaugural edition of the competition, there were two rounds. The first round was conducted across 90 cities and towns in 18 states across India earlier this year. The competition saw a participation of more than 25,000 students from 400+ schools. Top 150 students from grades 3 – 8 were then invited to participate in the finals in Bangalore on June 01. The final leg of the competition saw 150 kids along with a few accompanying parents and teachers travel to Bangalore from various towns and cities from across India.

In the finals, the kids were given various countries to represent as Heads of States with these countries facing severe problems. For example, students of class 8 had ‘Freedom of Press’ as their problem statement with them representing countries like China, North Korea, Rwanda, Syria, etc. The kids had to be part of a round table conference where they had to discuss the assigned problems and take strong resolutions towards solving them.

The kids had tremendous fun and a great deal of learning about solving real problems which would groom them to be future leaders in various fields.

The following kids were declared Champion Kidovators of India:

At the event, Mr. Chandrasekaran said, “I urge all parents and students present to carry out the message of Gyan Lab to others so that they can also take advantage of the competition.”

Mr. Pulak Sinha said,”It is very exciting and interesting to see kids as young as 8 – 9 years old talking so smartly about global problems and issues. I remember that when I was their age, I had no clue about any of these topics. I am sure the future of this country is very bright.”

Ms. Shradha Sharma said,”All kids present here, irrespective of their ranks, are winners. I ask all of you to keep believing in yourself and your abilities, and keep dreaming. One day, I hope to write your stories about the great work that you would have done.”

Ms. Sonali Gupta, convener of the Kidovators challenge gave an insight into the workings of the event. She also spoke about the genesis of Gyan Lab and said, "This competition has been conceptualized to reach out to the parents and the teachers. Our kids are special and can go way beyond just books. I would urge you to let them be free and do what they want to do. This would be the best for kids, us and a solid future on the foundation of innovation and creativity.”

You can read our previous coverage of Gyan Lab below:

Gyan Labs: A Student Project then, a Complete Venture Now

Disclosure: The author was previously working with Gyan Lab.