How to Survive and Thrive in the Age of Disruption: Top 12 Insights from Communicasia 2014 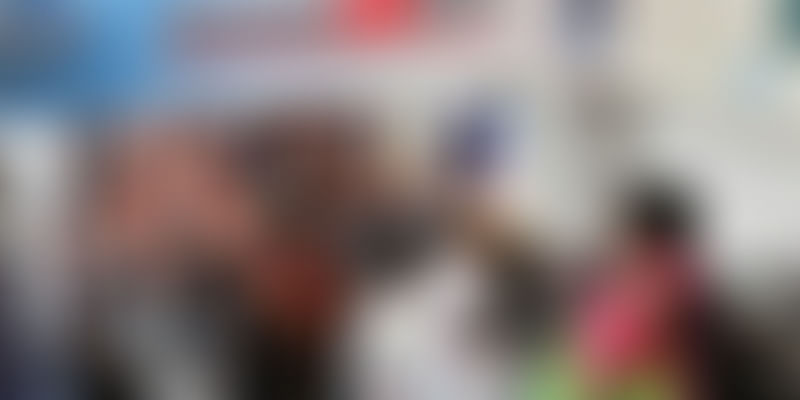 The annual Communicasia conference and expo in Singapore always turns out to be a good time to take stock of local and global telecom changes, network with industry, discover new startups, check out the latest gadgets and gizmos, and party late into the night! Parallel tracks cover mobile, broadcast media and enterprise IT.

One key theme which seems to run across many tracks this year is disruption: identifying, understanding, surviving and leading exponential upheavals. Here are my Top 12 takeaways from the speakers’ discussions and insights on dealing with digital disruption.

1. Understand the scale and speed of disruption

In digital media space, the market value of the Top 15 Internet and OTT (over the top) players is larger than that of the Top 100 publicly-traded telcos. And most of these Internet and OTT companies did not even exist 10 years ago, such as Facebook, Tencent, Baidu, Naspers, Salesforce.com, Twitter and LinkedIn. In just a decade, these new entrants have been able to create as much market value as incumbents did over a century. It is not just this kind of scale that was unthinkable, but even the qualitative aspects of digital life that seemed like science fiction just a couple of decades ago – such as Internet of Things and smart cities.

2. Denial is not the answer

Trying to block new disruptors is not the answer: learn how to work with them. Many telcos tried to block services like Skype and WhatsApp, but that is not the solution. Just because voice and SMS revenues are declining does not mean denial of OTT or submission to them is the only option. More progressive solutions would be AT&T’s deal with Pandora for mobile music streaming, Verizon with Skype, 3 Hong Kong with WhatsApp and KDDI with Line in Japan.

3. Startup alliances are a road to innovation and scale

Startups need partners like telcos for scale, and telcos need startups and grassroots developers for their innovation energy. For example, startup Evernote tied up with NTT DoCoMo for funding and market scale in Japan; it tied up with StarHub to expand in the Singapore market. It has a fulltime team of 15 people to manage alliances with telcos around the world. SingTel bought three startups in an acqui-hire arrangement, including HungryGoWhere (restaurant booking app). In other domains, governments are sharing their information assets with industry via Open Data models to help spur local Big Data ecosystems.

4. Use crowdfunding to validate new ideas

Place a mix of a few large bets and many small bets to see which would succeed in or disrupt the market. Test new ideas through crowdfunding to validate them as well as raise funds. Singapore telco Starhub runs a crowdfunding initiative called Crowdtivate for emerging startups, with mentorship and regional outreach programs. Angel investors themselves are turning to crowdfunding sites to identify new bets and learn from the market.

Social media along with mobile are giving consumers even more power than before, disrupting the older power equation of brands. It is not just in pre-purchase research or post sales stages that consumers are sharing their brand experiences – but at every single touch point including receiving the first bill, filing complaints and resolving technical issues. Brands should understand the consumer conversation at each of these stages.

6. Listen to customers and co-innovate with them

OTT players and startups are mastering the art of innovating along with customer needs, in lean and agile models. Feedback is continually solicited from customers at every stage, giving them a powerful disruptive edge. In contrast, telcos make it very hard for consumers to talk to their representatives and show little interest in learning from them – even though, ironically, consumers want to help telcos provide better services. A few operators do try to learn from consumer complaints, such as O2, which is even using ‘British humour’ in some of its customer response tweets. China Telecom is tapping its consumers for ideas and getting hundreds of them.

Ten years ago, some industry players claimed that NFC (near field communication) would disrupt the payment world. They are still saying that. The ecosystem challenges in the digital acceptance network have been complex – readers, handsets, consumer friendly security procedures, and so on. Digital wallets are still in transition phase, but will eventually take off, eg. MasterPass, Google Wallet. There will finally be ease of offline/online payment and delivery in omnichannel e-commerce across any device, including ones such as Google Glass.

The broadcast era of spectrum allocation is not set in stone. There are new frequencies available for satellite Internet, such as TV Whitespace. They can open up new frontiers in bridging the digital divide in rural areas, and change the previous equations of access and distribution. Disruption is coming here too – who would ever have thought that Google and Facebook would one day get into the Internet access business via atmospheric balloons and drones?

Asia is on the move. The rise of Japan and South Korea disrupted the world order in the second half of the previous century, followed by the rise of China and India. They are not just large markets but launchpads of new global tech and media players, and are re-drawing hardware, software and services maps. Now other Asian countries are on the move: Indonesia and Vietnam, followed by Myanmar. IBM’s 2014 Telecom Consumer Survey across 35 countries showed that Asian consumers expect to spend more on mobile services in the next few years, whereas much of Europe is in an economic downturn and its consumers want to cut down mobile expenses. What is your Asia strategy?

10. Progressive governments can make a difference

Smart city initiatives with Internet of Things and connected devices are being launched in cities around the world, from Amsterdam to Barcelona – and the city-state of Singapore is also aiming to become a smart nation by 2025. Its Smart Nation Platform (SNP) will allow government agencies and industry to ‘connect, collaborate and comprehend’ the new kinds of services that can be incubated and scaled up for mass markets – in healthcare, transportation, recreation and the like. Emerging markets which don’t have a Silicon Valley-like ecosystem will need government support for incubators, eg. Indonesia.

11. Prediction is hard but you must try

Tech dominance in one era is no guarantee of understanding and succeeding in the next. Almost 20 years ago, Bill Gates wrote a book called The Road Ahead, talking about the emerging opportunities for Microsoft which dominated the PC era. Today it seems to have missed leadership positions in the mobile and cloud era. Google led the world in Web-based search, but new players are outflanking it in performance-based search, including psychographic models.

Much as we are infatuated and habituated with digital media, there is still a large segment of society which is in a predominantly analogue world. Creative approaches like notice boards carrying information from cybercafés will continue to bring alerts and resources to rural communities – but ultimately they too will be disrupted by digital.

In sum, dealing with disruption requires a range of strategies to engage emerging disruptors and existing consumers. Culture change is tough, and a company or country may miss one wave of paradigm shift but can regroup to catch the next wave if it is nimble and savvy enough (see my review of the excellent book Big Bang Disruption by Larry Downes and Paul Nunes and my interview with the authors).

At a larger societal level, fundamental notions of data privacy, ownership and usage are being disrupted, and will require new kinds of interpretation and enforcement. Welcome to the Brave New Digital World!

Viktor Mayer-Schonberger is Professor of Internet Governance and Regulation at Oxford University and co-author of the book "Big Data."

Yaacob Ibrahim is Minister for Communications and Information, Singapore.