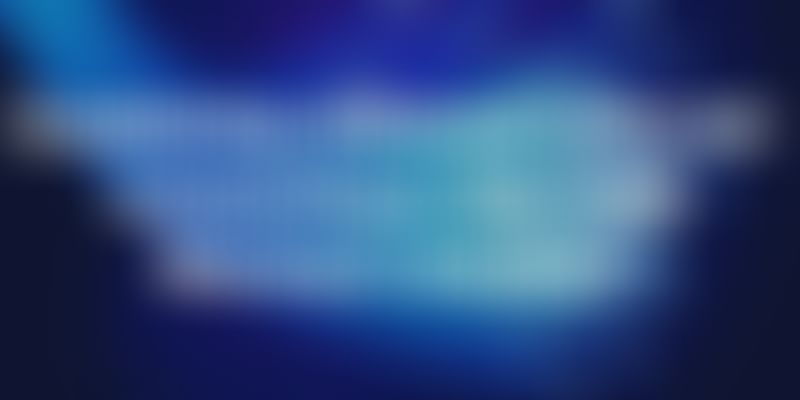 For the past few weeks, the Internet connections in Bangalore have been cranky. And if like me, you had scheduled a hangout with people in Mumbai, Pune and Hyderabad then there is enough reason to be frustrated with the speed of the Internet. All the connections in the office -- Airtel, ACT and BSNL -- were tried, but honestly I am not happy with their support or their bandwidths these days.

That’s exactly what Watchy's Bond007 hardware does. Bond007 is a next generation link aggregation network device that can bond bandwidth of up to 7 Internet USB dongles, thus providing you with high-speed Internet upload and download. Now you can live stream videos from anywhere, upload videos and files faster, and get better experience with Google Hangout & Skype.

Spark behind the ‘idea’

During 2010, the team was prototyping a hardware that can smartly connect your TV to the Internet. A couple of months after they started their work, Google announced its Google TV.

Instead of developing their own hardware, Watchy team decided to halt and wait for Google to release its hardware and implement their idea as an application on top of it. Meanwhile, they decided to focus on a simpler idea till Google released the SDK. While brainstorming on the future of smart TV and live video broadcasting, they had this idea to live telecast weddings on TV for people who are unable to travel to attend the ceremony.

They were sure about the demand for live streaming weddings because their friends had often asked for such a service. But they didn’t believe in the potential; they considered this a naïve product, like setting up a yahoo chat. Awaiting the Google TV API, the team realized the dire need for good Internet connection for live streaming from the outdoors that is when they decided to build Bond007.

They were simultaneously focused on building the backend infrastructure as well. The potential market wasn’t using the existing services of Google, Yahoo or Skype. There was also a need for dedicated media server infrastructure for live video conferencing for corporates, so they decided to build one.

They bagged corporate clients like LG, Toshiba, Redbus and Unilever by providing customized streaming. They further extended their media server infrastructure on multiple cloud providers. What started as an interim plan became full time product/service in itself.

The team has been working relentlessly since May 2011 on the research and development of this product. At present, the team is 10-member strong with offices in Bangalore and Chennai. Bangalore acts as the R&D and engineering office for them.

There are a few competitors like Liveu, TVU and Terradeck trying hard to dominate the space.

When they started in 2011, the team was well aware it would take time for research and development of Bond007. So the team decided to simultaneously do live streaming as a paid service. –There were a few advantages of this decision:

1. Revenue from such services would feed the product development of Bond007. Without this money it would have become difficult for them to survive for 3 years.

2. Exposes them directly to problems faced while live streaming video in outdoor conditions. Their service team is the first client for its product team. The product team always received feedbacks immediately.

3. Build a brand with customers.

“As you can see, the product was developed under the Indian wireless infrastructure and field-tested for two years. We acquired a better understanding of what algorithm works well for our wireless QOS (quality for service). Our service team was our early adopter and took care of field-testing the product and gave in-depth feedback. It helped gain domain expertise quickly during R&D,” says Sriramkumar, Founder of Watchy.

Similarly, the Bond007 that they built went through much iteration.

We made it rugged enough for our service team. We also piloted with a few other companies to get their feedback on the build quality, thermal and power characteristics. Following the lean startup model, we iterated many times till our early adopters felt satisfied. We started with commodity hardware during R&D and moved to proprietary custom designed hardware when we completed the product. The custom design is the culmination of two years of R&D and one year of product development. It delivers maximum performance at enviable manufacturing cost. Thus we transfer the cost advantage to the end customer.

For the distribution of the product, the company follows a distributor model. They believe in sales flows through distributor, system integrator and then to the client, in that order. Their major clients are the ones in media companies or the event management industry. This model also helps them stay focused with product R&D.

Typically, product companies end up spending more money on marketing compared to product development. However, this team has managed to get all leads inbound through their website and word of mouth reference at a very early stage of its product after R&D. This has not only saved them marketing cost but also connected to customers who were more than eager to give them the product feedback.

Watchy is probably exploring the toughest part of starting up a venture: there have been enough stories of hardships founders face while bootstrapping, or starting a hardware startup or being a single founder.

Also operating in two different cities – Bangalore and Chennai from day one is possibly another big challenge for any founder. Sriramkumar has been managing this quite well for almost three years now.

‘Focus on one feature/product and scale it well,’ is something every mentor, investor or founder would advice any budding entrepreneur.

Sriramkumar has faced enough criticism for not focusing on one thing and working on both the product and service simultaneously.

He shares, “Fortunately I got plenty of support from my friends, family, The Morpheus Accelerator and other founders to inspire me to continue my journey.”

The Market to target

Live video conferencing as a service and product is a huge market with many global players trying to dominate in this domain.

For Watchy, the target customers include media companies especially news channels, event management firms and videographers who will use their product for live video broadcast. Media companies, who spend more than 500 crores for broadcast infrastructure, significantly constitute Watchy’s sales numbers.

Watchy’s Bond007 being a generic network device, anybody who needs high speed Internet in outdoor/remote areas, like NGOs, exhibition organizers, and sports organizers will be interested in the product.

The team wants to expand outside India as they have generated lot of inbound interest from distributors from other countries like Thailand, Sri Lanka, Nigeria and Dubai.

Most of the e-commerce and SAAS ‘gyaan’ you read on the Internet are irrelevant. There is no big hardware startup success story in India yet. Investors are scared to invest in hardware startups because it is capital intensive. We had our live streaming services business feeding the product development. But still we struggled a lot.

The team worked on the research and development of the product for more than a year. They came up with two different broadcast products before Bond007, and scrapped it after piloting with customers.

Sharing the story of his bootstrapped journey, he says,

I remember the day when we ran out of cash (which happened more than once) and wondering what to do next. We sold our extra laptops, pcbs that we had bought earlier for our R&D which was worth more than 2 lakhs for half the price and survived that month.

He believes that niche market hardware products have a guaranteed ROI. But utmost care should be taken to avoid recalls. He added that hardware isn’t about fixing patches and issues overnight like most SAAS companies. Hardware requires more rigorous testing. He worked along with the team to automate their testing. To get constant feedback, the team has integrated the first few units of Bond007 in their office.

He is very grateful to the whole Morpheus Gang for supporting his startup journey. He believes that all of us make mistakes and when you are a single founder you do it more often. For him, Sameer and Nandini from The Morpheus played the role of co-founders and mentors during brainstorming about the whole product.

The Morpheus played a key role for him to get connected to various entrepreneurs in the country that helped him learn. They also helped with sales.

The Morpheus meeting that happens every month with portfolio companies in different cities is good for brainstorming, where all the founders meet together,” he says, adding, “It is good to listen to each other's strategies, pull each other's legs, and make fun of our decision to become entrepreneurs. It is very important for an entrepreneur to connect with other entrepreneurs, because more than your family or friends, it is this rare breed of human species that will understand your situation. I mean the ‘same pinches’.

Most teams spend time building features that their clients aren’t mostly willing to pay for. The best way to plan the future is to observe what your client needs. Many times the need may not be too obvious.

Sriramkumar says, “Every time we demoed our product to our customers we recorded subtle feedbacks. Based on that, we are already working on the next model that also aggregates DSL lines. Now you can buy one each in Airtel, Hathway, ACT, BSNL etc and aggregate all their bandwidths.”

Sriramkumar prefers to call his startup R&D focused one rather than just a product company. There are cool side projects the team is working on to keep up their R&D momentum.

Do you have multiple Internet connections in office and still suffer from low bandwidths? Go try bond007.