Backtracker: If you love cycling, South African-based startup iKubu has got your back 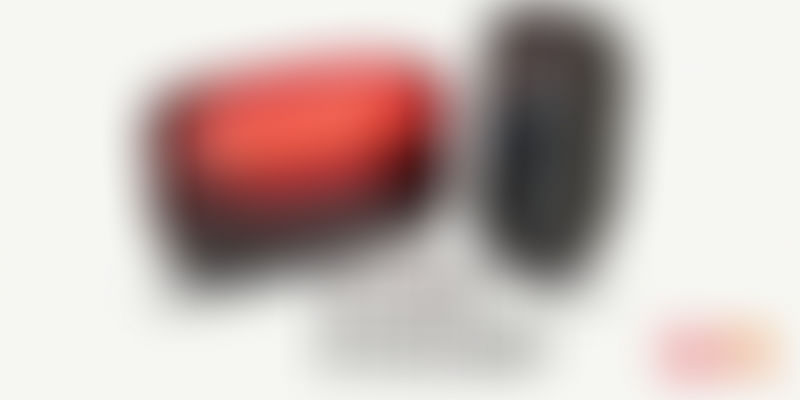 The dualism in the life of a cyclist is that every day, on one side you have the joy of embarking on the open road, on the other side the danger that lurks behind due to rear approaching vehicles worries you.

While you are cycling turing your head and watching your back to know whether a vehicle is approaching you or not is such a chore. Don’t worry, you can now outsource that task to Backtracker.

They called it a sixth sense for a cyclist. Backtracker has a micro-radar allowing you to track cars from 140 meters. Cyclists usually use mirrors but that can’t see through rain and fog. Backtracker see through adverse situations then indicates it to the rider on the front panel. Giving the rider information that helps him/her decide better in a high risk situation.

“Backtracker is a two-way notification system; the front unit notifies the cyclist the speed and distance of rear-approaching vehicles, and the back unit alerts upcoming vehicles to your position via increasingly frequent light pulses,” said Franz Struwig, the Founder & project manager.

Cycling should be fun, but the fear of being hit from behind can suck all the pleasure out of a ride. Backtracker addresses this problem by giving cyclists a sixth sense.

Backtracker gives you the speed and distance of rear approaching vehicles from up to 150 yards away. In addition to increasing cyclist awareness, it also alerts cars to your presence through an intelligent backlight system.

Backtracker is a big step towards bringing cycling into the 21st century and needs your help to make it happen.

They have manufactured several working units. However, the startup needs fund for commercialization of their product. Currently, they are running crowd funding campaign on Dragon Innovation platform looking for $226,000 of which they have already raised about $39,253. The estimated shipping date is on December 2014. There are 7-tier offers for the campaign backers, the lowest starts form Backtracker Early bird $149.

Side note for hardware entrepreneurs: Dragon Innovation Platform helps entrepreneurs launch a product by reviewing your hardware design and doing your cost estimation so that your product can be manufactured on time and at cost. Also helps in factory selection process and on site project management. When Pebele guys shipped over 1,00,000 smart watches, Dragon Innovation provided critical support on-the-ground in China and sourced excellent suppliers.

A team of 7 people in South Africa, Stellenbosch, came together to solve this. Making cycling a little bit safer by the min-radar that sits behind the bike.

Just like the cyclists out there, the guys at iKubu are passionate cyclists who got tired of worrying about what’s going on behind them. Now thanks to Backtracker, what is going on behind you cannot rob you the joy of the ride ahead.

Do you wanna have one of these?