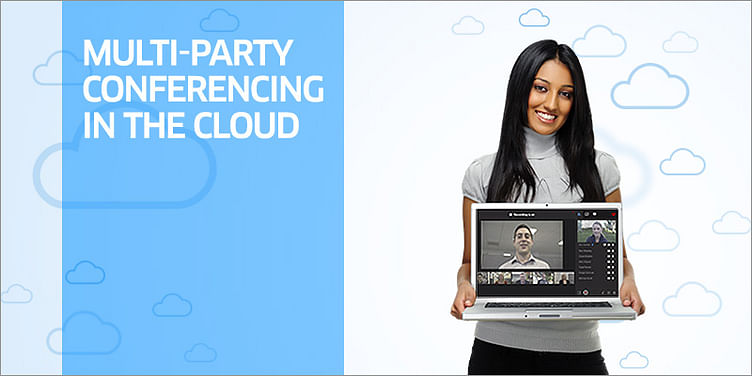 What does it take to build an extremely easy to use video conferencing technology, raise $100 million in funding and gain blue chip customers such as Facebook and Stanford University, all in a short span of 4 years? This is the amazing story of BlueJeans, which did exactly that.

As individual consumers, many of us have used Google Hangouts or Skype Video calls to talk to family and friends. As enterprise customers, we might have experienced the very expensive Cisco Telepresence where colleagues from different geographies would all have to sit in front of the system in their respective offices. More often than not, we have struggled with the combination of audio bridge and staring at the bulky video screen for the video conferencing. Why couldn’t this whole activity be simpler in this day and age of technology advancement? That was the vision of the founders of BlueJeans. Imagine a world where video conferencing was as easy as audio conferencing, with participants could dial in and participate no matter the device or the software they are on – a plain desktop with no webcam, laptop with Skype / Lync / Google Hangouts, smartphone or feature phone!

Co-founders Krish Ramakrishnan (CEO) and Alagu Periyannan (CTO) are technology veterans with over two decades experience in the Silicon Valley. Krish has been the VP/GM at Cisco’s server virtualization BU while Alagu has been the CTO at Blue Coat Technologies and also had stints with Apple during the tumultuous John Sculley / Steve Jobs phase in the mid-90s. Both technologists have also been entrepreneur-in-residence at Accel Partners, Norwest Venture Partners or Greylock Partners, gaining the ability to look at the startup ecosystem from both perspectives.

When the two partners had the idea of creating a highly scalable, cloud-based, interoperable, platform agnostic video conferencing system, there were a few things that they did. First, they figured out that there was an estimated 200 billion minutes of video conferencing being conducted in the course of business worldwide. Second, research showed that all the building blocks were already present – video compression technologies, cloud technologies, camera quality and bandwidth availability. Third, they leveraged their connections in the ecosystem to figure out why no one had created such an interoperable system. For example, for Cisco’s Telepresence to work, both parties had to have the expensive system installed. On the consumer side, for Skype or Google Hangouts to work, both parties needed to have an ID on those platforms. As they openly shared and discussed their idea with industry veterans, they realized that no one had thought of creating such a system because everyone was sure that the other players would not open up their system to make it interoperable! Talk about wrong assumptions stalling the process of innovation!

The BlueJeans system can support more than 100 simultaneous users on a video conference, with a simple interface that is compatible with any

Once the misconception was out of the way, they started building the first prototype and also evangelizing the concept in the Valley. “We have been in India from day -1, not even day 0. Either Krish or I have been involved directly for most initial technology hires – and of course we use our own technology for the interviews since I am based in the Valley”, says Alagu of the involvement of India in the R&D and product development.

The first prototype was done in 2009 in Pune with a service provider in a build-operate-transfer (BOT) model, which grew into a team of 25 people. As the team grew and it became clear that the India center would have to play a more strategic role, the founders decided to create their own entity here. “Things are changing now, but back then, technology talent that was suitable to work in startups was relatively lesser in Pune. So we chose Bangalore”, continues Alagu explaining the rationale for setting up the R&D facility in Bangalore in 2012 and moving some of the core members from Pune.

The team has since grown in capability and numbers. The firm employs 300 people, of whom 175 are in the US, 100 are in India and the rest are in Europe. Most MNC technology companies set up their R&D facility in India to manage end-of-life products or to provide maintenance for mature products. Over time, they gradually move higher complexity work to the India center. In a departure from this philosophy, the India center has a charter to drive innovation, cloud operations and provide world class customer support for the global customer base. The India center is driving the next product line for BlueJeans and is headed by technology veteran Pradeep Malhotra, who brings in over two decades of experience in various companies including Continuous Computing.

BlueJeans has grown rapidly to count Facebook, Stanford University, 99 Designs, Wharton University, RedHat, MIT Sloan School of Management among others in its customer base. “When someone joins Facebook, for example, the welcome kit has their email IDs, contact details, forms and a BlueJeans ID to leverage the facility as a Facebook employee”, says Alagu with satisfaction. The firm has many leading universities, leading banks and technology companies as customers. In addition, they work closely with many not-for-profit entities to enable their operations. The firm takes pride in freeing up their customers to do what they are best at, not waste precious time in setting up and managing bulky servers or other compatibility interfaces to make video conferencing work.

With over 2000 corporate accounts in their kitty, the team is setting its eyes on Europe for the next wave of growth. The company has also used go-to-market partners such as Intercall, the world’s leading conferencing provider and Telstra, a leading telecom service provider in Australia. Customers can choose to pay via many models – pay by the minute, by user or a flat fee. This customer traction and growth has also been rewarded with investors backing the founders to the hilt. They have raised $5.5 million by Nexus Venture Partners and Accel in 2010, followed by ~$18 million led by New Enterprise Associates (NEA), another round of $25 million and the last round of $50 million led by Battery Ventures in 2013, bringing the total to about $100 million.

The plan is to expand into other services which can build on the video conferencing technology, say, in town hall meetings with thousands of employees or investor calls of investment banks. The company has been growing rapidly and conserving its funds in order to use it when needed. The Bangalore center is moving to a new tech park with 35,000 square feet of space as it is pegged to become the largest in terms of headcount soon.

Alagu says that the key success metric for BlueJeans that he has set himself is how many employees he converts into entrepreneurs. When an organization fosters entrepreneurial people who go out and become successful entrepreneurs themselves, it is a thing of pride. That is how many Israeli startups are built and this was demonstrated excellently by the initial team that founded Paypal. The firm plans to engage more with the startup ecosystem in India and is also open to hosting specific meetups and other forms to engage with entrepreneurial talent.

What do you think the BlueJeans team has done excellently in their 5 year journey? What ideas do you have that BlueJeans can help out with? Share your comments below!