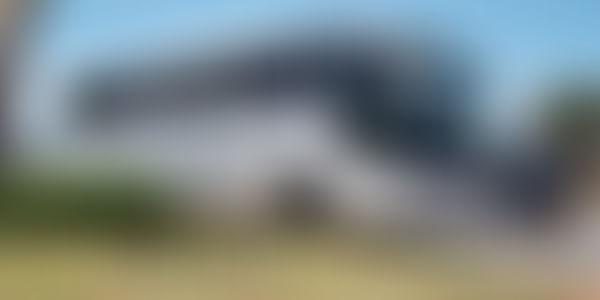 AMPION Venture Bus is soliciting applications for its bus trips this year. Entrepreneurs, developers, designers, mentors, investors and journalist will take part in this journey. The aim is to transform ideas into products and develop startups around it that can solve local problems. The trip is a second installment of what took place last year under the old brand name StartupBusAfrica.

The re-branded Ampion Venture Bus will take about 5 days, and around 160 participants are expected to be on board. The journey tries to be inclusive as it attempts to push for a healthy mix of 50% male, 50% female, 50% local, and 50% international ‘buspreneurs’. The seats are highly subsidized and are going for as low as US$50 and open to all tech designers, developers, mentors and investors. You can apply here.

Last year, a CNN report about the trip said: “Just after take-off, all participants took turns shuffling to the front of the bus to present themselves and pitch their ideas. This was followed by a three-hour team-building session, which resulted in the formation of eight groups of four or five members. Ideas were bouncing all over the place. ‘Buspreneurs’ walked up and down the bus to learn what each group was working on to see if they could join or share ideas. From then on, each corner of the mobile bus was transformed into a hive of entrepreneurial activity: the side windows were plastered with rows of colourful post-it notes; the seats were occupied by sleep-deprived programmers tapping away at their sticker-covered laptops; the aisle was transformed into a conference room for intense brainstorming sessions.”

At the end of the trip, three startups got birthed out of this exercise. The startups which have launched their operations include:

Sterio.me, a mobile based outside classroom learning system that was called one of the innovative African startup by ‘FastCompany’.

Another one is Workforce, a marketplace that brings job seekers and potential employers.

The third one is Bribed, an app that empower people on what the average bribe amount is.

What makes this year’s bus ride different is the partnership they’ve forged with DEMO Africa. According to the official statement, “The AMPION Venture Bus journey to DEMO Africa will begin on 19 September, 2014, in Abidjan. Over the next five days, Ampioneers will be travelling to Takoradi, Ghana; Lomé, Togo; Accra, Ghana; and Cotonou, Benin, before arriving in Lagos on 24 September 2014.” Then Ampioneers will then join the other participants at DEMO Africa, one of the most successful tech events in Africa.

DEMO Africa’s event director Mbugua Njihia commented: “We are all working hard to raise awareness among stakeholder on the importance of innovations across Africa. Joining hands gives us an even louder voice thus making better our chances to be heard.”

Excited about the move, Fabian Guhl, Managing Director of the Berlin and Harare based AMPION, commented that being able to participate at DEMO Africa is a double win. “We share a lot of the same vision and goals. I am very pleased that our Ampioneers will have the opportunity to access such a high caliber audience, particularly so soon after their awesome trip from Abidjan.”

As has been witnessed in the previous events, the September event is expected to attract top notch African investors. Participants’ registration is already open.

DEMO Africa 2014 is scheduled to take place between 22nd and 26th of September at the Oriental Hotel in Lagos, Nigeria. This year’s event is being organized in collaboration with the LIONS@FRICA partners (Microsoft, Nokia, US State Department, DEMO, USAID, African Development Bank, VC4Africa among others) and Nigeria’s Federal Ministry of Information and Communication Technologies.