FSMK:The Freedom Fighters who are breaking the shackles of proprietary software. 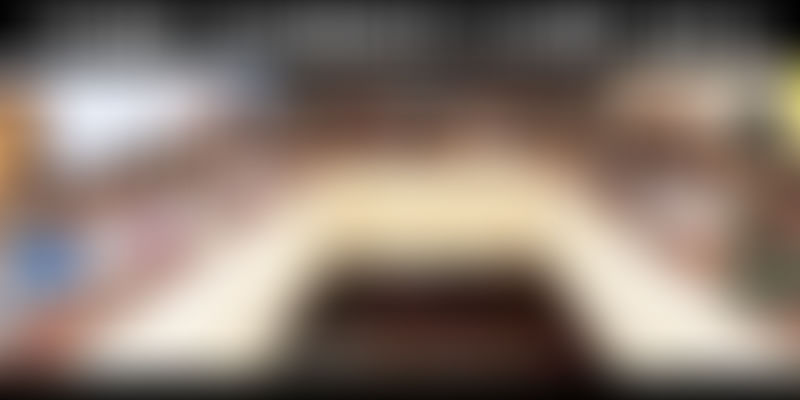 "I wish someone had taught me like this during my college days," is what came to my mind when I saw the sessions at FSMK (Free Software Movement Karnataka) summer camp. Over 200 students sat in three classrooms and around 25 - 30 volunteers assisted them, ensuring that even a single doubt didn’t remain unanswered. The entire infrastructure of the place is run by free software; at times there are minor glitches in the technical setup but that didn’t mean they compromised on the ideology or used a proprietary alternative.

Free Software Movement Karnataka is a non-profit organization whose primary objective is to spread awareness. It was started by a group of activists who wanted to start it along the lines of a mass movement. These activists started working with existing groups and organized different activities jointly with FSUG (Free Software User Group), Bangalore and FSF (Free Software Foundation), India. As time passed by, this gave birth to GLUGs (GNU Linux User Group) in colleges and many community centers were formed. To provide a concrete shape to the movement, FSMK was formed on 7th April 2009. The formal announcement was done via various mailing lists. The first convener of FSMK was Senthil S and Vikram Vincent was the joint convener of the movement.

Free Software is not just a movement; it is the philosophy of sharing what you learn, to break free of proprietary software. According to Richard M Stallman, Father of the GNU project, free software means that users should have four main kinds of freedom:

1) To run the software

2) To study and change the source code

4) To distribute modified versions of the program

Using free software also eliminates certain challenges that come with the use of proprietary software, be it with costs or piracy, apart from many others. Also the use of free software ensures that technology reaches even the lowest strata of the society. To build and spread upon this thought, FSMK conducts summer and winter camps for students who are willing to learn and teach them the free software ideology. FSMK Summer camp 2014, which was going on from the 19th to 27th July is organized at Dayanand Sagar College. Over 200 students from across the state have participated in the camp.

During the 10 days, all the students stay at the college campus and experience an entirely different way of life. These 10 days are filled with ideas, action and a lot of hacking. The day starts with breakfast at eight followed by daylong sessions on various technologies with periodic breaks. It is ensured that no proprietary software is used while conducting the sessions. Experts from different fields are called to conduct these sessions. Lunch and dinner is served in between the sessions.

The aim of the summer camp is to imbibe this ideology and to make better programmers and humans. Once the students learn these technologies, they are expected to start this movement back in their college by forming/building upon existing GLUGs in their colleges. GLUGs are GNU/Linux groups in college where students raise awareness about the use of free software alternatives and promote more students to use it in their daily lives.

The technologies taught here range from HTML and CSS to advanced technologies like MongoDB, NodeJS and Privacy tools like Tor and cryptography. Apart from promoting the use of free software, there are ample hands on practice with these technologies to make sure that students are ready for any kind of job when they pass out of college. After a session ends for the day, which can be anywhere between 6pm and 8 pm, the students are supposed to go back and practice on the skills which were taught during the day. The entire camp is run by volunteers, ranging from free software activists, advocates of the movement to students who have attended the camp in previous years come to help.

Every evening there is a feedback and review session to see what went wrong and how things can be improved for the coming sessions. These suggestions are then implemented in coming sessions.

The work of FSMK is not only limited to conducting summer camps, it also spreads awareness through community centers where underprivileged kids come and learn programming. A visit to a community centre will show you the hidden potential that remains untapped in these kids. They just need the right kind of mentoring to flourish.

When it comes to the Free software Philosophy, there cannot be a better way to conclude this than to quote Aaron Swartz."Information is power. But like all power, there are those who want to keep it for themselves". And FSMK is doing an incredible job spreading awareness about it.