Made in India apps with a million+ downloads on Android 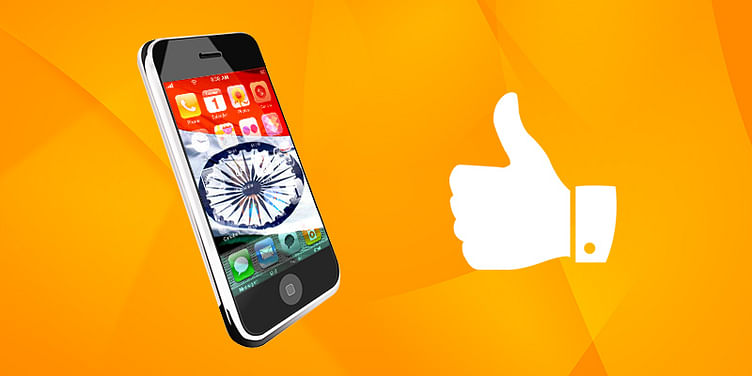 Mobile is eating the world and we haven’t left any stone unturned in telling the world about it. Mobile first strategies and mobile applications are on a huge upswing. There are challenges with respect to monetization but the one thing looks clear is that the future is going to be mobile. The wave has received impetus because of the huge number of takers in upcoming markets like India and Brazil. India has more than a 100 million mobile data users and smartphone sales are also on a high. The entrepreneurial community has also kept pace with the trends and we’ve seen many great apps being built from various parts of the country.

ixigo Indian Rail train: An app for Indian Railways (IRCTC) information, it now also has insights. (what has ixigo been up to?)

Hungama (1 million+): Collection of more than 2 million songs across genres

Newshunt (5 million+): It is a mobile newspaper app that brings together news from 100+ regional newspapers in 11 languages. It also has a large collection of regional language ebooks from the world. (read their story)

Cricbuzz (5 million+): App for the latest in the world of cricket.

Cricinfo (1 million+): An app to stay abreast with all the happenings in the cricketing world.

Paytm (5 million+)- An app for mobile & DTH recharge + new mobile shopping experience with a the concept to bargain for a product before a user buys it. (stories on Paytm)

Teen Patti- Indian Poker (5 million+)- Teen Patti is a popular Indian card game (gambling) that has been brought on the mobile by Noida based company Octro. It also has other games like Indian Rummy which have garnered more than a million downloads. (read their story)

Parking Frenzy (5 million+): A ‘driving and parking’ experience game that is the most popular game from the stable of Games2win. (read about the founder, Alok Kejriwal)

Dhoom 3 (5 million+): The official game of the Bolly Wood movie Dhoom 3 which was released in 2013. The app was developed by 99Games.

Balloon Bow and Arrow Game (2 million+): A simple archery game where the user has to pop balloons with bow & arrow, collect the coins hanging to the balloons to unlock super powers and themes.

Hello readers! Mobile is truly eating the world. With so much action happening in the world of Mobile and Apps et al, we bring to you MobileSparks 2014 (December 19, Bengaluru) - a conglomeration of all-things-mobile. We've an amazing lineup of speakers, with insights and content that you'll be able to convert into action. Book your spots right away.

LoveCycles (1 million+): Developed by Plackal Technologies, LoveCycles is an easy and fun to use menstrual cycle calendar.

Hike (10 million+): A messenger app that competes with WhatsApp and also has the ability to send a message offline. (all about Hike)

Just Unfollow (5 million+): A Twitter and Instagram friend management app. (read all about the high growing app which is also a TechSparks company)

Mobile Number and Phone Location (1 million+): Built by MobiSpark, the app enables a user to know the location of incoming calls, mobile contacts, mobile numbers and any phone number.

Love and Romance Quotes (1 million+): A collection of love quotes. (people sure are getting mushy)

VithU (1 million+): An emergency App that, at the click of the power button 2 times consecutively begins sending out alert messages every 2 minutes to contacts that a user feeds into the app.

Do point out apps that we have missed out on and the post will be updated.