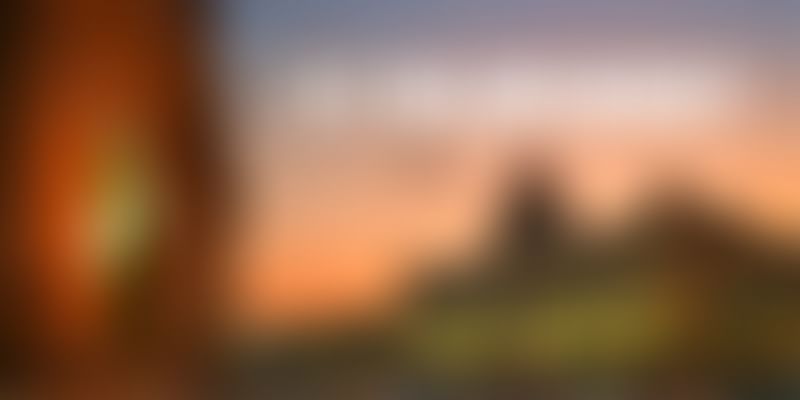 India's travel and tourism industry is expected to grow by 7.3 per cent in 2014, outperforming the general economy by 2.5 percentage points, says The World Travel and Tourism Council (WTTC) in its annual economic impact report. In a country which has the world’s third largest number of internet users (after China and the US) and third largest Facebook users (after the US and Brazil), online booking of travel plans have become more convenient now.

When I asked people at a conference few days back what defines the online travel industry in India? I got the answer ‘Convenience’. It is the same across the e-commerce industry and hence ‘convenience’ is the single most important factor responsible for achieving a whopping 88% growth in the Indian e-commerce industry in 2013 to reach $16 billion. This is again mainly dominated by the travel segment which accounts for more than 70% of the transactions in the industry.

Riding on a high tide, the three stalwarts of Indian online travel market; MakeMyTrip, Cleartrip and Yatra have come a long way. While one is already publicly listed, the other two are also displaying a tremendous growth. It’s rare to see these three pioneers of Indian OTAs (Online Travel Agencies) at one place sharing their growth story. One such occasion was the STB-WIT India Travel Executive Forum by the Singapore Tourism Board and Web In Travel where the marketing and business heads of these organizations came together to discuss the evolution of online travel space in India.

Here’s what is going on with the industry and how these three OTAs are steering the ship ahead:

Challenges in the initial days

MakeMyTrip was started in 2000 in a much less tech-savvy era. Accordingly the challenges faced by the organisation in the initial days were different to what Yatra or Cleartrip (found in 2006) had faced. Mohit Gupta, Chief Business Officer, Holidays, at MakeMyTrip, shares some of those as follows:

Where do MakeMyTrip, Cleartrip and Yatra stand?

Subramanya Sharma, Chief Marketing Officer and old-timer at Cleartrip, shares that the OTA gets 6 million users on desktop and 2.5 million users on mobile per month. Cleartrip employs over 450 people currently.

In a matter of eight years, Yatra has grown to a 1000+ member team and gets a total of 5.5 million users per month.

With the growing number of internet and smartphone users, the industry has evolved, and like any other online business is shifting its focus to mobile. Traffic and transaction from mobile is on the rise. Mobile accounts for 20% flights, 25% of hotels and 50% of train bookings for Cleartrip. As observed, the size of transaction is inversely proportionate to its contribution from mobile. As the size decreases, the contribution increases (train tickets are cheaper than hotels and flights).

In the next six months, Cleartrip expects to get 50% of its traffic from mobile and by July 2015, half of the transactions would come through mobile. Some of the interesting trends and developments in this space are as follows:

Other major trend of online travel industry is the interest of consumers in deals and packages.

Packaging: a hard nut to crack

Indian consumers view the concept of package tours more as a sign of luxury. Nevertheless, hotels are the next big growth stories in the near future. At the same time, packages have been the single biggest challenge for OTA’s.

Animesh Kumar, Head of Marketing at Yatra said, "We have been investing in technology for scaling hotels and holiday business . As the market is still in a nascent stage, and we are very optimistic about the growth in the industry."

According to Subramanya Sharma, Chief Marketing Officer of Cleartrip, the fragmented nature of hotels industry and unavailability of their inventory online makes it even tougher to get on to the platform. In contrast, MakeMyTrip is quite optimistic about the packaging. They are already focusing on problem solving with technology and see automation as part of the solution.

Availability of more information on packages and deals empowers a consumer and increases the horizon of his research, planning and buying options. Hence, technology has to be leveraged to create the massive repository of information and enable the same.

How to gain consumer loyalty?

Customer loyalty is often hard to gain, and with multiple options available at few clicks, it becomes even more tricky to win it. Top attributes which decide the loyalty of a consumer can be enlisted as follows:

What does the future of Indian online travel industry look like?

There’s still enough headway for growth in the future owing to the internet and smartphone penetration. Airlines look positive as of now and hotels and holidays are also looking to grow. Since the number of Indians traveling overseas is low, the potential market is huge. In fact, Mohit from MakeMyTrip feels that we’re just scratching the surface.

As stated before, mobile is surely going to dictate the future in the coming six-12 months.

The lower entry barriers act as an open invitation for a new player in online travel space. Airbnb and its massive growth is a perfect example of the same.

While Animesh feels that Google with its disruptive innovations is a potential threat, Mohit believes it’s the players from this space like Priceline which can challenge the current market leaders. In either case, increasing competition is an indicator of good health and a huge validation of the industry. Nothing summarizes the landscape of online travel industry in India as Mohit’s parting lines:

“We’re looking eastward very keenly. As far as mobile is concerned, looking east is better than looking at the west, because the east is still a growing market.”