Making a business out of your sleep – the Peps Mattress story 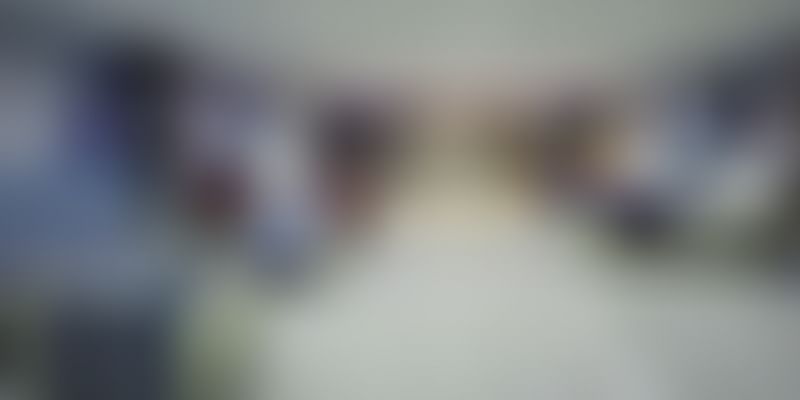 When it all started

It all started with the spotting of a golden opportunity – a factory for sale in Coimbatore that had the capability to manufacture spring mattresses. “The spring mattress industry is one where people hadn’t shown much interest, this was back in 2005-06,” recalls Madhavan. He got together with two of his partners, and together they decided to venture into this industry. The focus of the industry, back then, was on the conventional coir mattresses. There was just one other player in the spring mattress industry in 2005. “It was like an expanse of Blue Ocean in front of us, and we were alone,” he quips.

The growth of Peps is staggering. In their first year they manufactured roughly 8,700 mattresses; the 2013-14 cycle saw them manufacture over 1.48 lakh mattresses. This puts their CARG on Gross Sales from 2010-11 to 2013-14 close to 38%. “We had an obsession to make the spring mattress overtake the conventional mattress. 77% of the world sleeps on mattresses and 35 lakh Indians travel abroad every year. Look at the potential market! All we had to do was give them luxury at an affordable price,” says Madhavan. Another marker of their success would be their distribution channel; what once consisted of 47 dealers is now 9,050 dealers across the country.

Peps was started by three; K. Madhavan, G. Shankarram, Joint Managing Director and P. Manjunath, Technology Director. “The three of us are from the mattress industry, and we all have a background of hardcore manufacturing. We knew what the customer needs, and since we were the one’s doing the manufacturing as well, we knew exactly what needed to be done,” adds Madhavan. The three of them have been doing business together for over 20 years.

The technology used in the mattresses manufactured by Peps is partially that of an American brand called Restonic, and partially their own.

While starting, the trio had to deal with certain stereotypes attached with the spring mattress. A lot of people identify the term ‘spring mattress’ with the rickety and uncomfortable sofa-cum-beds that were low on durability. “The experience was that within six months you would start seeing the springs pop out and it becomes very uncomfortable,” explains Madhavan. Another perception was that the mattresses are going to be out of budget. “People thought they could purchase three conventional mattresses in the price of one spring mattresses,” adds Madhavan.

To battle these perceptions they launched a sub-brand of mattresses between the cost and quality of an international standard mattress and the cost and quality of a conventional mattress; they called it affordable luxury. They have a sub-brand for those who care for an international standard mattress, and another sub-brand for those who want to completely indulge in luxury. They also paid a lot of emphasis on training their distributors and dealers on spring mattresses, so that they could suitably explain the differences and advantages between the mattresses. “We modified the products to the taste of the customers, positioned it suitably to fit their budgets and trained the dealers,” he proudly says.

The mattresses are well known for their quality, reliability and durability, and testament to this is the fact that there is a seven day waiting period if you purchase a mattress. “Our first priority is to bring that waiting period down to 24 hours,” he says.

“For the first four years we spent nothing on advertising. We believed in the power of building a personal relationship with each of our customers, and within the organization. It’s only recently that we’ve started advertising,” he tells us. Peps saw their first TV advert last year, and they sponsored the Asia Cup in Bangladesh a few months ago.“When I started, the cotton mattress was the only thing around, and people did not think that their sleep is worth investing in,” recalls Madhavan. The mattress industry is one where the customer involvement is the lowest while buying the product. “If I ask what mattress you sleep on, or how often you change your mattress, or if you know of the varieties of mattresses available, a majority of people are not going to know the answer,” he says with conviction.

Peps conducted city wide surveys to map out the average sleeping patterns. The average sleep duration in Bangalore was a lowly four and-a-half-hours. (I guess I’m the only one who struggles with the snooze button every morning!) “People are unaware that lack of sound sleep affects productivity,” says Madhavan.

Note: The Survey was conducted before the FIFA World Cup started, while the nightlife deadline was still 11:30 PM.

To try and change that, Peps has expertly used the word ‘sleep’ to promote their brand name, rather than just calling them a mattress company. In fact, their retail outlets are called ‘The Great Sleep Stores’ which is built just like a bedroom. “We urge our customers to come and try the mattresses. Go lie down, take a nap! The mattress that is comfortable for me will not necessarily be comfortable for you – it depends on the body type. You can’t wear my shoes, can you?” he points out. The Great Sleep Stores also deal with Peps branded accessories such as pillows, blankets, mattress protectors, etc. “Bed making is an art. The attitude about sleeping is so unhealthy, that half of the people would sleep without a bed sheet,” he rues. The shopkeepers are well aware of the product range and are trained to help the customer decide on what mattress to buy. They sell the pillows with as much gusto as they sell a mattress.

The biggest markets for Peps right now are Kerala and Tamil Nadu. Delhi, Mumbai, Pune and Bangalore are strong markets as well. “We need to penetrate deeper into Maharashtra and Karnataka. I don’t think our focus has been up to the mark there,” says Madhavan. They recently entered West Bengal and Orissa and will be venturing in Assam soon. Apart from dealing with customers they have also made in-roads into the hospitality segment, via tie-ups with hotel chains.

“The work culture is a highly disciplined one, but we maintain a more mentor-student culture rather than an employee-boss culture. We have also laid great emphasis on systems and processes to ensure business continuity,” he explains.