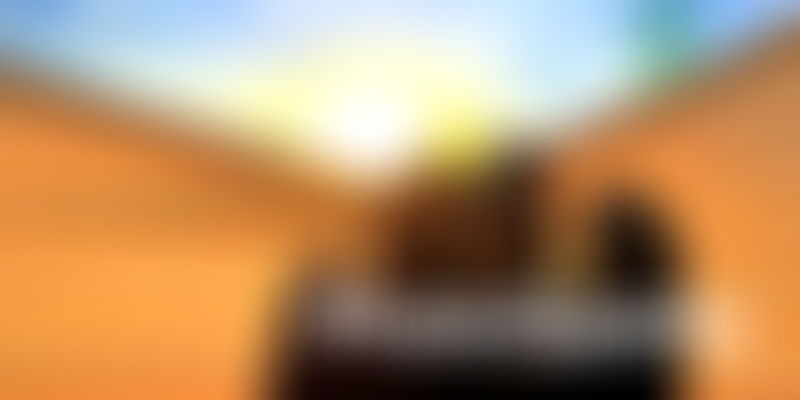 In earlier posts, we brought you some photographs of digital product innovations from the annual Communicasia conference in Singapore, innovative handicrafts at the Sampoorn Santhe 2014 (arts fair) in Bangalore, and creative acts of musicians from the Rainforest World Music Festival in Malaysia. In this edition, we share insights from a social hackathon at BeagesLoft in Bangalore. Make YourStory’s PhotoSparks your regular source of photographs that celebrate creativity and innovation!

A hackathon is a weekend-long meetup of people from an IT developer background along with innovators, designers, managers, social entrepreneurs, software/hardware experts and other creative communities. Proposed problem areas and potential solutions are pitched, participants vote on and finalise a set of projects, and a prototype solution is developed. Hackathons encourage developers to find ‘quick and dirty’ solutions and build on solutions already created. A social hackathon was held recently at BeaglesLoft in Bangalore, organised by The Bangalore Random Hacks of Kindness (see also my coverage of an earlier Nokia hackathon, “Do Good”).

Meet Niranjan Salimath, host of the hackathon. He wears multiple hats: a startup based out of New York city called Haggle; a support structure and working space for innovators called BeaglesLoft; and a fledgling venture fund called LatticeWork. The treetop terraces at BeaglesLoft offer panoramic views of Bangalore’s skyline and are a good place to take a break for fresh air and new ideas. While many people attend hackathons and are sufficiently energised and committed, Niranjan would like to see participants continue working on their hacks after the competition. He also tries to bridge the big gaps in India – between techie and artist communities; between software and UX disciplines; between software and hardware competencies; between India and the West.

25 hackers attended the hackathon, starting off with eight pitches (some posted online prior to the workshop). They included: tools for training visually impaired people on how to use a keyboard; digital tools for sharing information on sanitation needs for displaced people; citizen feedback loops for water management (based on Taarifa.org); information services on police stations where safety violations can be reported by women; information on underage labourers and street kids (Pausch Initiative); tools to connect NGOs and volunteers; feedback loops between agricultural trainers and farmers (Farmalution); and tracking mid-day meal programmes for schoolkids.

Thinking out of the box (I): a touch of art

The hardware part of the hackathon was overseen by Arduino (represented by Priya Kuber). India is well known for its software strengths but not as much for hardware; introducing hardware components in hackathons can help promote hardware product innovation. There is also a gap between India’s IT, design and art communities. BeaglesLoft helps bridge this gap as well by providing art gallery space for local artists and exposing techies to paintings, portraits, abstract art and sketches. The featured artist Anjana Chetty had some of her artwork on display during the hackathon.

Thinking out of the box (II): a touch of theatre

A hackathon is an intense period of brainstorming, debating, ideating, prototyping and assessment. Lots of caffeine and snacks are a great help, but so are motivational exercises and entertainment in the breaks. The group Sandbox Collective provided a much needed break amidst all the intense brain buzzing, by performing a small skit: ‘Rosencrantz and Guildenstern are Dead.’ After three rounds of reviews following the pitches, the hackers worked on six solutions over the weekend.