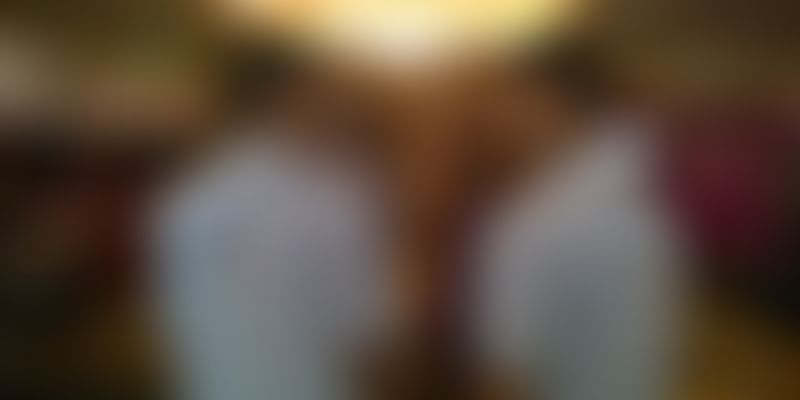 I’m not sure how many of you stumbled across the picture of an infection apparently caused by a shampoo on a man’s shoulder. It’s quite disgusting; thankfully it’s a spam post. This viral post caused a stir, leading to a massive number of self-diagnosed trypophobics (please don’t Google this). The surprising bit is how something so unappealing can get so popular!

The science behind virality can perhaps be easily understood by studying already viral posts; but how does one get a post or an app to go viral in the first place?

The original Ram and Laxman, protagonists of the ever-famous (how about viral) ‘Ramayan’, already seem to have that recipe perfected. The new age Ram and Laxman, founders of App Virality, plan to help decode that very recipe.

“We’re brothers, bloggers and startup addicts. We’ve been working together since 2008 and this is our 4th startup now. We’ve both worked at Oracle, Infosys and Wipro prior to our ventures,” says Laxman Papineni, Co-founder of App Virality. Ramakoteswar Rao Papineni, his brother, is the other Co-founder. “Makeideaz, a blogging network, and MomGrocery.com, an online grocery store, were our first two startups,” he tells us.

The brothers found the inspiration to startup App Virality while working on their 3rd startup, Giveaway.ly, a service that would enable businesses to run sweepstakes within seconds without coding. “We started receiving requests from businesses to offer such a solution for mobile apps, through which they could run sweepstakes on their mobile app or third party apps,” Laxman reveals. Upon probing, they discovered a lot of companies implement different techniques to grow organically; in fact many established organizations have a separate role called Growth Hacker – who identify and implement growth hacks. “But you see, not everyone can afford to have a dedicated growth hacker. That’s when we realized we should build a toolkit that helps app developers identify and implement the right growth hacks, with no coding required,” he adds.

“App Developers want to have viral features in their app, but it takes a lot of time and money to identify and build the right viral techniques. With App Virality we just wanted to provide a solution to that problem!” Laxman tells us. App Virality uses A/B testing (a form of statistical hypothesis testing) and in-depth analytics to provide businesses with meaningful data such as geographies, user segmentations targeting, etc. to figure what works best at every stage.

App Virality is an Android only solution at this point. As of now they have generated more than 250 beta signups. They have recently announced a private beta and are already live on more than 10 apps. In the future, they plan to have channel partners to distribute their SDK (Software Development Kit), in an attempt to target a global market. “Having viral features built-in for an app is kind of a mandate now. Companies like Uber, Dropbox, and other have achieved more than 60% of their initial growth through viral features,” Laxman explains.

“I think App Virality’s key differentiator is that our solution has multiple growth techniques, a built-in recommendation engine to identify the right hacks and the fact that it requires no coding on the developers part,” says Laxman.The startup recently graduated from the Microsoft Accelerator programme and is looking to raise an angel round of funding soon. “Our solution will be free for 0 – 10,000 MAU (Monthly Active Users) and we will charge a minimal amount from then on,” informs Laxman. “We were also the only company representing India at the Startup Arena Singapore, 2014,” he adds.

“The sales cycle for such a B2B solution is a little long, and it’s quite a challenge to convince app developers to use a third party SDK. However, we were lucky enough to get some big name companies as adopters early on, which helped us get some early validation.”

What do you think of this tool? Let us know!