Exposing western hypocrisy: What exactly are these ads selling? 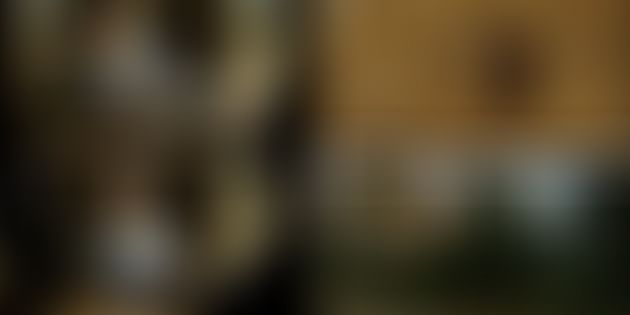 “As for the third Official Reason: exposing Western Hypocrisy - how much more exposed can they be? Which decent human being on earth harbors any illusions about it? These are people whose histories are spongy with the blood of others. Colonialism, apartheid, slavery, ethnic cleansing, germ warfare, chemical weapons - they virtually invented it all.”

In Cadbury Bourneville’s advert for dark chocolate, an immaculately dressed British man is surrounded by half naked, filthy, impoverished Ghanians. They look at him expectantly, full of hope, as he selects and discards pieces of cocoa piece by piece. When he pronounces a bean of cocoa worthy (“He will be a Bourneville one day”), the look of gratification on their faces is too painful to watch. When he rejects a bean (“He is nothing”), their faces fall and even the cocoa bean starts crying out from the mortification of being rejected. An angry young Ghanian throws the flawed bean from the table angrily. Divide and rule, anybody?

Industrialization came to the West eons before Asian and African societies would take to it. Thus they have a monopoly on commercialist enterprises, and subsequently, on capitalism in general. While analyzing ad films, these larger questions of power play and value system need to be taken into consideration in order to make an accurate prognosis. Ads, like movies, are a quick way for the West to reassert that lost power.

The colonials came. They saw. They liked what they saw. They conquered. Then after a few centuries of looting and plundering, during which time they convinced subjects at great length how ideal for them this looting and plundering was, they were duly booted out. But their time as the rulers of the world convinced them of their own superiority to such an extent that they have a hard time letting go of these delusions of grandeur. Thus when colonial rulers fled back to their tiny island country, those who thought the battle was over may have been right. But the war for moral and ideological equality is still being fought.

Now that Asian societies are growing by leaps and bounds and looks to be surpassing the West in terms of economy and power, the steadily dwindling West is grappling with the implications of such a prospective consequence and fighting back in the only way they know how- by attempting to reinforce that erstwhile superiority in glorifying their colonial past. While White masters are ideals of hegemony that advertisers continue to employ to entice populace of all races, Black individuals serve a niche category of stereotypes in this regard. They used to be slaves once.

Back to the Bourneville ad, a classic example of this stereotype, either this is a flailing attempt, in an uncertain world, to reinstate imperialism. Cadbury is a heritage British company after all. Or it is a blatant denial of any wrongdoing on part of colonialism, merely assigning it to pages of the past and carrying on as if nothing was ever really wrong. But there are ironies rife in this context. The West (especially Britain) needed her colonies to be able to finance her own industrial infrastructures. Today the West needs the burgeoning consumerist populations of the East to keep those infrastructures from collapsing. Kraft Foods bought Cadbury in 2010 from the original owners for $20 billion, a hefty price they were willing to pay solely for getting access to the Indian market.

The Indian chocolate market is priced at $425 million, a market that Cadbury had been single handedly supplying to since 1948. Ghana may be one of the world’s largest producers of cocoa, but the cocoa farmers are as poor as ever while Cadbury and like companies profit immeasurably from the trade, especially because of the hold they have on Indian market. Cadbury’s 2011 Fair Trade Agreement with Ghana notwithstanding, isn’t this perpetuating the coldest, cruelest ways of colonialism all over again?

While the masters of elitism and exclusivity keep throwing at us how we have to “Earn a Bourneville. We can’t just buy it”, the imagery of the Dark chocolate keeps evoking metaphors of another dark time from which we are apparently yet to make our escape.