Is your startup into events? Be aware of these legal issues 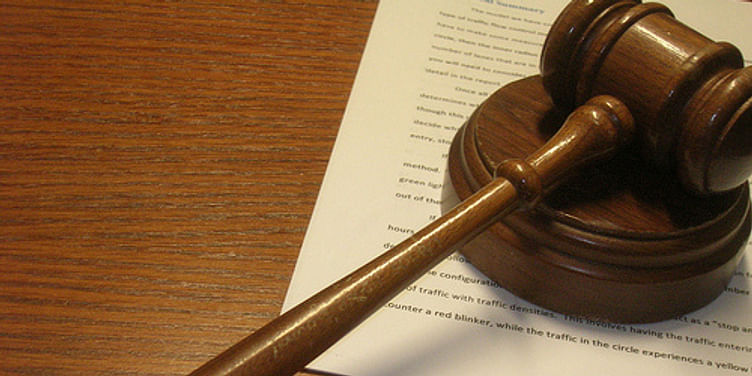 The other day, I came across an interesting writeup about MegaVenues, an online platform for listing and marketing event venues. The USP of Mega Venues is that unlike their competitors who simply extract publicly available information and list data, MegaVenues has a dedicated sales force on the ground, who reach out to venues to strike a deal and convince them to market through their portal. This ensures authenticity of the information listed, and one cannot agree more that accuracy sells! Events as a space is seeing a lot of traction among entrepreneurs and emerging startups. Some sources even peg the worth of the industry to be upwards of Rs. 5000 Crore by 2015. In the wake of this, let me share some thoughts on some legal issues that entrepreneurs should pay heed to.

The T&C (terms and conditions) of the website is the first thing that the entrepreneurs should look into. Though I have not had a chance to source stats, I believe that very few visitors to the website do actually ever look into the T&C. Nevertheless, the T&C along with a strong privacy policy should be the first priority and comes handy in tackling legal issues. Recently, I came across an instance where an online startup engaged ‘crawlers’ and ‘spiders’ to source real-time data from a competitor’s website and was allegedly using the same for commercial gains. On a dispute being raised, the T&C came handy, to the extent that the T&C of the aggrieved competitor had a clause which read that - logging into, and using the website shall be deemed to be acceptance of the terms and conditions of usage of the website and shall lead to a valid agreement between the parties. One of the issues raised was that usage of the website was in a manner contrary to the terms of the agreement and hence is an infringement of the contractual rights of the aggrieved competitor. Further, the T&C had specific clauses with regard to the various rights and liabilities of the company as well as the visitors, all of which plays its own role at the time oflegal dispute, if any.

All e-commerce enterprises have different needs based on a variety of factors such as the nature of industry, target group, scale of operation, etc. With innovative business ideas being acted upon, it is strongly advised that all start-up entrepreneurs should schedule a brainstorming session with their lawyers to identify the sticky issues and mitigate the same to the extent possible.

All event management businesses are largely facilitators, and their job involves arranging different ingredients for a perfect setup – invitations, banquet, food, music, logistics, decorations, advertisements...celebrity contracts, etc. At the outset, it is advisable to have written documentation with all the parties involved in a particular project, of course subject to the scale of the project. In this regard, it is important to categorically set out the key deliverables in each case. Also, each type of agreement needs to factor in specific issues during the negotiation and drafting stage. For example, the manner in which invitations/ decorations are designed can bring in copyright issues. If a design or an art is used, one may face a challenge against the usage of the same.

Further, celebrity contracts are often a challenge. Not sure if many of you would remember the Bollywood blockbuster Band Baaja Baaraat....there’s an instance where a destination wedding is under progress and some celebrity has been hired to perform. However, the celebrity is unable to make it and the protagonists of the movie get a chance to show off their dancing skills!! What if you have promised and charged your client that you will bring in Shah Rukh Khan to dance in the client’s daughter’s wedding, and Shah Rukh had agreed to come. However, on the day of the marriage, Mr. Khan does not turn up and your client sues you for breach of agreement. Similar instances, can happen with any other vendor such as the caterer, logistics providers, etc., where the deliverables are not met and you will be held liable for the same. For situations like this, it is important to incorporate corresponding clauses in agreements with vendors such as indemnity protection against such claims, and liquidated / un-liquidated damages, cap on liability, etc.

All types of vendors bring along with them a set of issues typical to their own industry. It is always advisable to seek the help of your lawyer friend for looking into the terms and conditions of each transaction that you enter into as an event organiser.

As mentioned earlier, key challenges practically arise in projects of scale. But then all entrepreneurs are striving to scale up! As the business picks up, the clientele, especially in the event management industry, gets increasingly exclusive. While this is always welcome, exclusive clientele often means big ticket events, which brings along its own set of complications. One of the key issues, apart from the already discussed ‘damages’ and ‘limitation of liability’ clauses, is ‘force majeure’ or ‘Act of God’. The concept may sound funny, but is of paramount importance. What if there’s unprecedented and heavy rain on the D-Day? The event had to be cancelled. You have already taken advance from your client and have forwarded the same to your vendors...your client demands refund on the pretext that the event did not happen and so why should he pay? On the contrary, you have a tough time as an organiser to get refund from your vendors. All this should be tactfully handled under the ‘force majeure’ clause wherein you seek a specific exemption, or limitation of liability, for loss or damage caused due to no fault of yours or rather for instances which are beyond reasonable human control. This is often a contentious issue. It is strongly recommended that entrepreneurs should pay due heed to issues like this and many more while entering into a transaction.

Events often mean revelry, crowd, loud music..alcohol. Most of these require a license or permit. For example, if you intend to use loudspeakers or intend to continue the event till late into the night, you need to procure a No Objection Certificate or NOC from the local police station. Similarly, if you intend to serve alcohol and if the venue is not a hotel (having permit to serve alcohol) the event manager may need to run to the state excise department to procure a license to serve alcohol. For example, in Karnataka, an ‘Occasional License’ can be procured under the Karnataka excise laws for serving of alcohol for a day, and such licenses usually costs around Rs. 10,000/- (approximately).

The scale and nature of events would go on to determine the nature of issues involved and the documentation that may be required to address the same. While I have tried to highlight the key issues that often become contentious, there could be others as well. It is advisable for entrepreneurs in the event management industry on the ground to get a basic sense of legalities involved so as to avoid any messy situation.

Prateek is a corporate lawyer associated with one of the top law firms of the country. Prateek has a keen interest in the startup space and regularly interacts with and advises entrepreneurs on different aspects of doing business in India. He can be reached at [email protected].