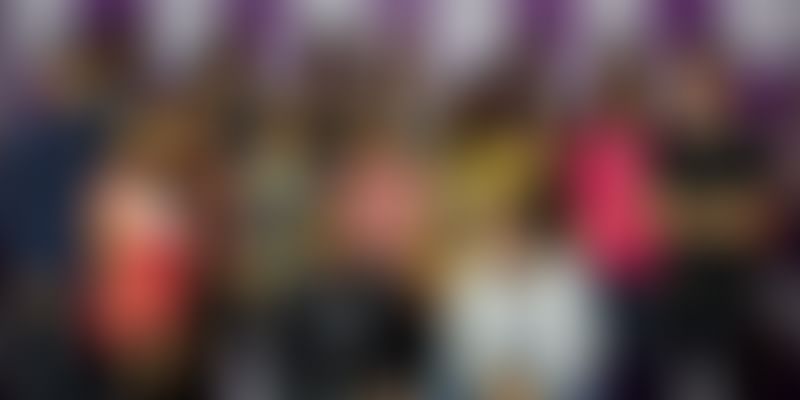 Cube26, the makers of gesture technology allows devices to recognise users, interpret human gestures, and understand their emotions. Founded by Saurav Kumar, Aakash Jain and Abhilekh Agarwal, the technology has been built over the past few years and has achieved significant progress since we last wrote about them one year ago. The company has now crossed shipment of their gesture control software on more than 1M+ Devices (Tablet and Smartphones). We got in touch with Saurav to learn more about their growth:

YS: What has Cube26 been upto Saurav?

Saurav: Cube26 has been primarily focusing on the Indian market (3rd Largest Smartphone Market in the first year. OEMs across the world are looking at ways to differentiate themselves from their competitors - Samsung S4/5, Sony Xperia, iPhone and win over their customer to get long-term loyalty toward their brand.

Cube26 started shipping "Look away to Pause" technology integrated with default android video player. The video player would automatically pause when the user is not watching the video. Unlike some of its competitors, Cube26’s gesture recognition software runs just using the standard sensors available in phone. Moving forward, Cube26 is looking at expanding the applications of its proprietary algorithms from video player to other spheres of smartphone experience.

YS: Can you give us a few more instances of how the technology is being used?

Saurav: Cube26 shipped video pause on LookAway, Air Swipe to change music, take picture, and browse through gallery pictures. The product were shipped on Micromax Canvas 4, Micromax Canvas Turbo, Micromax Canvas Magnus, Intex Aqua Curve, Intex i7, Celkon Campus A63, Auxus Nuclea N1, Zen Ultrafone 701FHD (to name a few). OEMs are mostly looking at our solution to create differentiation from other similarly priced product and aspire to compete with the Samsung, Apple, HTC etc. One of the most recent products is a selfie application where one can use different kinds of gesture to take image from front camera without press the capture button.

YS: This is great, can you talk about some of the learnings from your journey.

Saurav: Cliched but "Technology doesn't sell, Product does". Simply put, detecting motion from phone's front camera doesn't mean much to business folks - but if it can change music in a music player or if they can take picture in camera app or make a character move in a game- it can make money.

Selling to Enterprise has been tough. Well, I guess everything about startup is a lot of work - but it has been tough decision all throughout to continue working with enterprise and not-pivot to consumer side given the constraints we had.

We should think of a problem and apply technology to solve them. Inverted problem is tougher to monetize. Cube26 started with pattern recognition framework that could learn from visual data. This can be virtually applied to so many problems. This creates swing in business direction when you hit low. We ourselves pivoted couple of times in last 2-3 years to stabilize to Mobile OS.

YS: How big is the team and how is it structured?

Saurav: We are around 20-25 people team including folks out of California and India, with majority from India. We are mostly a flat organization like the one you would typically find in Silicon Valley based startups. We have free food, take leave when you require, free movies and outing sessions to keep folks ever ready to innovate and brainstorm.

YS: Have you raised money? What is the revenue model?

Saurav: Founders have invested their own money for the last 2-3 years. OEMs pay certain cents as license fees per device that ships out. Our revenue numbers are getting strong every quarter we move forward. Sometime with exclusive product, OEMs tend to commit a bigger number or premium cents per device.

YS: What lies on the road ahead?

Saurav: Immediately, we are working on expanding our core business to other smartphone companies, including expanding to BRIC economy. Meanwhile we are also experimenting with ways to further monetize the acquired user base using Cube26’s internal data engine toward VAS portfolios.