We went to Israel. Here are some startups that are creating a buzz 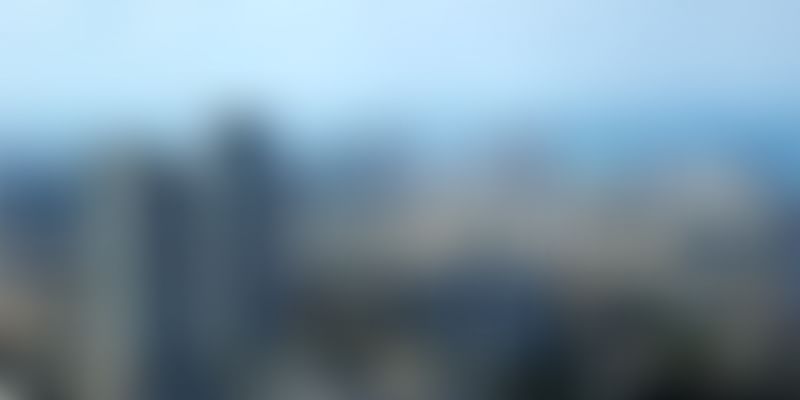 “If you go to the Middle East looking for oil, you don't need to stop in Israel. But if you go looking for brains, energy and integrity, it is the only stop”

so said Warren Buffett a long ago about the Israeli ecosystem.

No one can sum up Israel’s innovative startup ecosystem better, as he speaks from his own personal experience, having purchased 80% of Israeli tungsten carbide tool marker ISCAR for $4 billion way back in 2006.

Israel is a living example of the saying ‘Adversity is the mother of all inventions’. It's stunning to see so many startups emerge from a country with a population of 8 million facing adverse conditions. Israel has witness almost double per capita venture capital investments as the US and 30 times more than all the members of the European Union combined.

After his visit to Israel, Google Chairman Eric Schmidt had said,

For a small country, Israel will have an oversized impact on the evolution of the next stage of technology we all use

We got a chance to visit Israel and witness the exciting startups from the ‘Startup Nation’. Everyone has heard about Viber that recently got acquired by Japanese E-Commerce giant Rakuten for almost billion dollar but there are many other Israeli startups that not yet in radar but unlikely to stay unheard for long. Here are a few promising Israeli startups –

What it does: Cloud storage and data protection

Why it’s hot: CTERA offers its services to telecom operators, ISPs and companies to help them create, deploy and manage cloud storage services quickly and easily. In July it raised $25 million bringing total funding to $45 million. Backed by Bessemer Partners, Benchmark Capital, Venrock and Cisco, its considered by some to be a candidate to be the ‘Dropbox of the enterprise’.

What it does: Mobile app measurement and tracking

Why it’s hot: Appsflyer is a mobile apps measurement platform that allows app developers, brands and agencies to measure and optimize their entire mobile customer acquisition funnel from one real time dashboard. The company’s SDKs are installed on more than $800 million mobile devices measuring more than $500 million in mobile ad spend annually. In March it raised a $7.1 million round from Pitango Venture Capital and Magma Venture Partners.

What it does: Marketing platform that helps brands tell compelling stories that matter to the consumers

Why its hot: SundaySky’s SmartVideo lifecycle marketing platform generates hundreds of thousands of SmartVideos daily, powering customer acquisition, service, growth and loyalty touch points across a range of industries. Their customers include AT&T, Office Depot and Allstate with revenues having tripled since 2012. They have raised a Series C funding of $20 million from Comcast Ventures.

What it does: Text-to-video platform that can automatically turn any text based article, post or feed into a short video

Why it’s hot: Wibbitz re-packages textual content into rich video summaries that can be watched on the web or mobile devices. In 2012, the company has raied a $2.3 million Seies A round from Horizons Ventures, Initial Capital and lool Ventures. It launched its mobile app in June 2013 and browser plugin in this year. Their platform generates close to 10,000 clips per day.

What it does: Makes the ‘ devices around us cognizant of the users they serve’

Why it’s hot: Neura aims to make Internet of Things devices work together, regardless of brand and anticipates users’ requirements. It pulls data from sensors into its Harmony platform, creates rules based on user behavior and applies that intelligence to anticipate what devices should know or do. It currently works with more than 40 partners. The team has raised $2 million in funding from undisclosed investors.

What it does: World’s first affordable molecular sensor that fits in the palm of the hand

Why it’s hot: The company’s SCiO is a tiny spectrometer that allows users to get instant relevant information about the chemical make-up of things around them, sent directly to their smartphones. With every scan, SCiO learns more, enabling the device to get smarter. Its Kickstart project was successfully funded in June raising EURO 2.7 million from 10,000 backers (the goal was $20,000). They have also raised a funding round backed by Khosla Ventures and other angel investors.

What it does: Web measurement and competitive intelligence.

Why it’s hot: SimilarGroup helps Internet users find and interpret web content. Its SimilarWeb services helps companies benchmark performance against competitors, increase web traffic and discover opportunities to broaden their audiences using clickstream activities of tens of millions of Internet users around the world. This year the company has raised a large Series C round from Naspers (Its Nasper’s first investment in Israel).

What it does: Pioneer of broadcast-quality, video over cellular solutions that allow live video transmission from any location.

Why it’s hot: LiveU’s 3G/4G LTE bonded uplink solutions are used by the world’s leading broadcasters, news agencies and online media in over 60 countries. Their services have been used for the London 2012 Olympics, 2012 US Presidential Campaign, 2011 British Royal Wedding, Hurricane Irene and many other global events.

What it does: Global online marketplace offering tasks and services usually for $5

Why it’s hot: Fiverr provides a living marketplace for millions of micro-entrepreneurs in close to 196 countries. So far it has enabled more than three million tasks. In August Fiverr raised $30 million from Qumra Capital, Bessemer Venture Partners, Accel Partners in Series C.

What it does: Free credit and debit card protection; scans statements for fraudulent charges

Why it’s hot: BillGuard uses crowd-sourced big-data analytics to harness the collective knowledge from million plus consumers reporting billing complaints online and to their merchants and banks. Since its launch in 2012, the company claims to have saved its users from nearly $60 million in unwanted or fraudulent charges. It’s one of the first financial service to be integrated with the new iPhone Passbook Wallet, they also have an android app.

Though small in size and lacking in natural resources, Israel has cultivated a wellspring of ideas that has enabled it to be one of the world's largest sources of innovative startups.

Tired of waiting for your meal? This Delhi-based startup uses AI to make checkout and dine-in experiences smoother