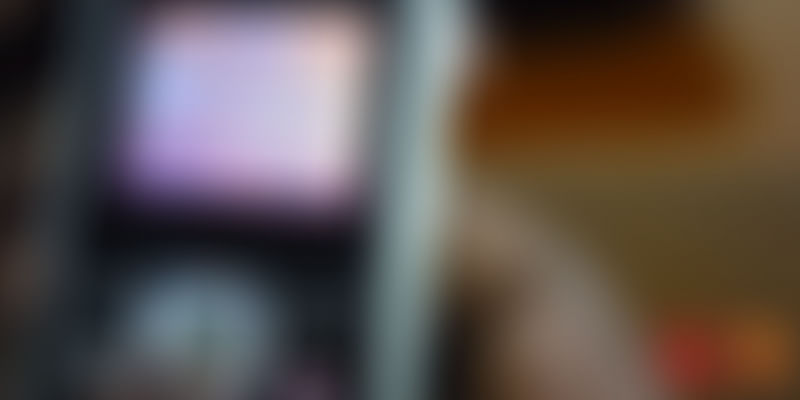 Let’s start by mentioning a small thing that India has already learned. On the fateful day of 26/11, when terror hit Mumbai at multiple locations it was the need of the hour to crowdsource resources and collaborate. A brave Mumbaikar with a digital soul, Ajay Kumar, immediately deployed Ushahidi’s crowdmap to crowdsource and visualize help from people in real time.

He managed to match people who needed blood with donors; people who were willing to give a ride to stranded commuters and so on. All information/data flowing from tweets, SMS and Facebook updates were visualized on one platform. You can see the map here (additional story from ‘The Economist’ here).

Nairobi-based Ushahidi is a data-visualization map and crowdsourcing tool that was developed in Kenya during the 2007 election riots. People have used it to easily crowdsource information using multiple channels, including SMS, email, Twitter and the web. India has taken a cue from Kenya in deploying online crisis management tool.

Now let’s dive into what India can learn from Kenya

Communal riots and natural disasters happens every now and then in India. Over the last few years we’ve seen some of the worst of natural disasters, first the Uttarakhand floods and now the Jammu & Kashmir floods, as well as communal riots that displaced thousands of people across many states.

In 2008 post-election communal violence erupted in Kerio Valley in Kenya. What an NGO, Concern Worldwide, and M-Pesa’s owner Safaricom Ltd came together to do is beyond words. ‘During the violence, cattle rustlers attacked communities in the Kerio Valley, looting their livestock and displacing them. Concern’s initial response was to provide food aid, but carrying and distributing food proved very costly and insecure,’ reported the ‘Humanitarian Exchange Magazine’.

Concern Worldwide as a civic organization and M-Pesa as technology enabling platform came to gather to engineer a way to do seamless digital cash transfers to overcome the challenges posed by the terrain and the security situation in order to target 570 affected households.

With the M-Pesa bulk cash transfer, Concern Worldwide disbursed a total of $53,000 or 3,600,000 Kenya Shillings in two installments. But to do this they needed to do a platform customization.

Customizing M-Pesa for the need of the hour

To allow simultaneous payment to hundreds of beneficiaries from one account, a customized system had to be built by the M-Pesa team. Teams from Concern Worldwide were able to make payments to the list of beneficiaries (women targets) in their database and they were able to generate appropriate reports on their corporate M-Pesa account.

For every M-Pesa account opened it has its own standard KYC compliance procedure that requires a submission of identification to the M-Pesa’s agent. As it turned out to be in Kerio Valley, the nearest M-Pesa agent was located as far as 80 kilometers, exposing the target group to security risk and high transport cost. To solve this, Safaricom & Concern Worldwide used the police station in the village as the financial marketplace by making it act as a remote M-Pesa agent.

By its nature, the operation of M-Pesa is easy on every mobile phone because every phone on the planet has the ubiquitous SMS capability. M-Pesa is SMS based but the challenge that the Concern team faced was their target recipient were not able to write and read. The other challenge they faced was 60% of their target beneficiaries didn’t have their own mobile apparatus.

‘To overcome these problems, targeted households were clustered into groups of 10 or less, and one literate person was nominated as the cluster leader. Beneficiaries without identification documents nominated a trustworthy adult member of the household to receive cash on their behalf with the close monitoring of the cluster leader. Where no cluster member had access to a mobile phone, cluster leaders were provided with one, along with a solar charger, and trained on how to use the equipment. It was made clear to cluster leaders that they would not individually own the phones, and could not sell them or charge cluster members a fee to use them. Although the equipment was shared by all cluster members, each beneficiary received his or her own SIM card to register for M-Pesa to reduce the risk of cash transfers falling into the wrong hands.’ writes the ‘Humanitarian Exchange Magazine’.

Thoughts on mobile money in India

Keya Madhvani  innovation associate at Acumen says, “It is clear to me on my recent visit that the gap between India and East Africa was not wide, and in fact the similarities are striking – but in the realm of mobile money, India has a lot to learn from its neighbors across the sparkling blue Indian Ocean.”

It is no brainer to say mobile-based financial services provide a powerful tool in times of disasters, supporting relief initiatives by directing help, funds and information directly to those in need. But for all its praise, about 900 million mobile connections across India, we are yet to see its full glory when it comes to mobile money.

More people in India own mobile phones than bank accounts; 40% population is unbanked, thereby demonstrating the great potential of mobile money in India. Telecos want to strike it alone and use their airtime top-up distributor as cash in & out distribution points. But they are not allowed to.

RBI forcefully arranged a marriage between teleocs and banks to form partnership by issuing a (BC) Bank Correspondent guidelines back in 2006. That is one year before M-Pasa became fully operational in Kenya; but none of the RBI suggested BC (Business Correspondents) achieved significant scale so far.

This in itself makes us believe innovation often works best with formal regulation at the backseat. We know how those ICICI / Vodafone, Airtel / Axis Bank worked out. It just didn’t.

“If you look at all the unsuccessful mobile money deployments that haven’t taken off around the world, it is almost always because mobile operators and banks went into it half heartedly and didn’t spend enough to reach the scale they need,” says mobile money advocate Graham Wright from GSM Association.

Even the government jumped in, taking things in its own hands and introduced Direct Cash Transfer Bill (if only a some scheme-plus-the-leakage that come along with it could solve India’s financial inclusion problem).

In Kenya, the mobile money regulation was innovation led whereas in India, financial innovation is regulation led. Over regulation makes development lag, and holds it ransom for the best interest of incumbent banks.

Now licensed Payment Banks can accept deposit and can give out withdrawals for reduced KYC.

Last month, a ray of light flashed from the RBI regarding the licensing of Payment Banks. We still don’t fully know the implication of the RBI’s recent circular which allowed NBFCs to become BCs. The non-banking financial entities like MFIs and telecos who have better last-mile outreach equivalent to Indian Post can offer innovative cash withdrawal from Rs 1,00,000 capped deposits. This has a potential to shake the space a bit. But whether those who can will do it or not is entirely another story waiting to unfold.

(The aforementioned ‘Humanitarian Exchange Magazine’ PDF can be found here )