One woman, one bike, nerves of steel, and a 5453 kilometre journey from Kanyakumari to Leh 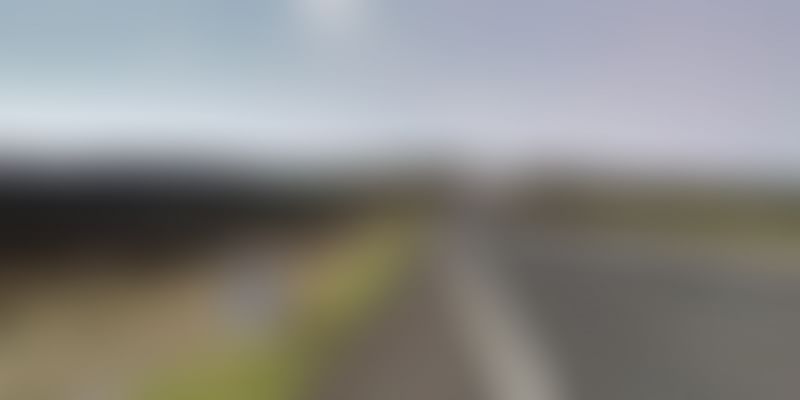 What do you do when have a cause, a bike and nerves of steel? You drive 5453 kilometres from Kanyakumari to Leh by yourself, and pack some pepper spray for good measure.

Roshini Sharma was born in Narora, Uttar Pradesh, a small town by all means.

‘I have been biking for a very long time. I love trekking and travelling. I’m a very adventurous person by nature.’

Sharma studied engineering in college, yet her tryst with travelling never subsided. Her expedition meant visiting enthralling and diverse cities like Bangalore, Hyderabad, Jhansi, Manali, Leh, Srinagar, Jammu, Panipat and Delhi, just to name a few. Her journey took her through 11 different states over 14 days. The need for this journey was both emotional and social. As a person, Sharma has always been a bike and travelling enthusiast, and as a woman, she felt the need to set a better example for those trapped by social limitations and stereotypes. But, her dream was met with concern and scepticism from both friends and family.

‘I was advised not to go through central India. It would mean crossing Madhya Pradesh and Uttar Pradesh. And, you know, there’s so much crime in UP; we keep hearing these stories of rapes, murder and theft. But, I didn’t want to stereotype any place based on these things. So, I decided to take the central India route. It’s true that there are a lot of crimes against women in India. But, I also wanted to prove that if you set your mind to do something, then you can achieve it. Nothing can stop you.

‘I did carry some pepper spray, of course. But, I never had to use it. There was not too much preparation. When I started, I would call a friend and tell him what my next destination would be, and ask him to give me details of the nearest lodge. So, it was easy to find accommodation. There were times when I would go through forests and jungles, and it would scare me. I almost cried once, too. But, you get used to it, and stop fearing these things.’

Before her cross-country trip, Sharma had done more than a few solo bike trips like Bangalore-Pune-Bangalore and Bangalore-Chennai-Bangalore. But even for a seasoned biker, an expedition across the length of the country through notorious regions and dangerous highways like the Leh-Manali Highway presented new challenges and lots of disbelief.

‘My colleagues were shocked. Even my family was very worried for me. At first, they didn’t want me to do it, because they were scared that a girl wanted to go all alone on this journey! But, there is no difference between a man and woman. If a man can do it, then there is nothing stopping from me from doing it.

‘I even took some basic martial arts classes, actually,’ she says laughingly.

Sharma defies all the stereotypes associated with not only women, but women from small towns unexposed to the glitz and glamour of India’s most urbanised cities. A lone wolf in the vast expanse of the country, between dhabhas and highway lodges, a few small accidents even, Sharma’s feat is reflective of what a woman on a mission can achieve.

‘You know, when I was travelling the people were very surprised of what I was doing. Half way through the journey a few newspapers had already covered me. It was quite amazing, because some people asked me if I was the girl who was travelling from Kanyakumari to Leh. They wanted to know more about me. The people are very welcoming and helpful.’

It took Sharma nearly 8 months to plan her journey.

‘The entire journey took about 1 lakh. I had to get a bike, certain biking wear for the journey and other essentials for the trip. I even bought a camera, because I wanted to preserve the journey I was making, and a better phone to keep connected. I came across so many cultures, and I felt so close to nature. It was a very exciting and humbling journey for me.’

Traversing through tricky terrain from mud, muck, snow, water, gravel, sand and stone, the journey became a test of her strength, adaptability and endurance.

‘You have to be mentally prepared for this kind of journey. I wanted to prove to the world that even a woman was capable of undertaking something that required so much strength and courage.

‘I feel that the only thing stopping you from achieving what you want is you. If I can travel 5000 kilometres all on my own, I can do anything else. If you believe in yourself then your dreams can come true. Women have the capacity to do whatever they want, and they should fight for it. That’s one of the things I wanted to show with this journey. If you have a dream, then you should go ahead and achieve it.’

The most interesting aspect of Sharma’s journey was how its end only gradually hit her.

‘It’s really funny and weird, but when I finished my journey I didn’t feel anything. It felt normal. After I updated my Facebook status, I started getting calls. After everyone called me, congratulated me, they were asking about me journey, I realised, “Oh my God! I finished my journey!”‘

Sharma has the soul of a biker. When asked if she was going to stay put for a while, she laughs and says,