The Teacher behind the Leader: The exceptional human beings that guided and inspired these world leaders 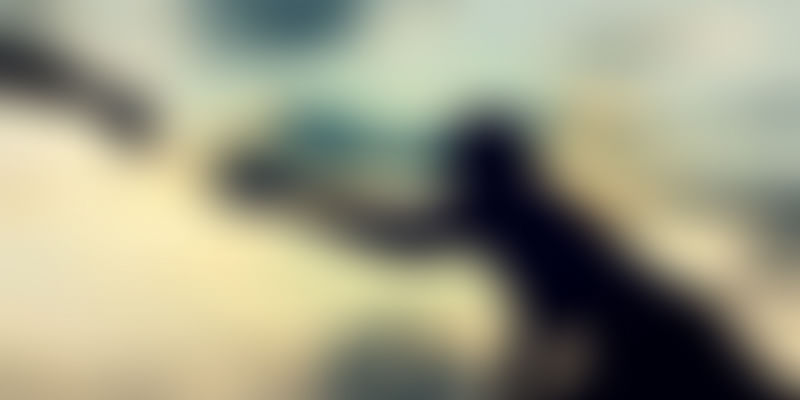 Behind every successful and admirable person is a remarkable teacher the world knows little about. The heroes we discuss here know how they are indebted to the teachers who saw greatness in them, encouraged them and above all inspired them into becoming the best versions of themselves. A small tribute.

On May 25th 2011, when the curtain fell on the greatest talk show of all time, Oprah Winfrey-TV’s most successful woman ever- singled out one person to thank profusely for making her dream a reality. In all the years that the Oprah Winfrey show had been on air, Oprah had hosted 4561 editions of the same. She didn't miss a single one because according to her, her audience was her greatest strength and inspiration.

But when time came to bid adieu, she reminisced about the little rural black girl from Mississippi and the teacher who helped her become what she is. Mrs. Duncan was Oprah’s fourth grade teacher. Mrs. Duncan was, “My first true liberator who made me feel that I mattered.”

"I always, because of you, felt I could take on the world. You did exactly what teachers are supposed to do, they create a spark for learning that lives with you from then on. It's why I have a talk show today," said Oprah of the wonderful woman who guided her and helped her realize her potential. And on that fateful day Ms. Winfrey realized one seminal truth about her beloved guide. Mrs. Duncan’s first name was Mary!

The teenage Bill Gates had one trick he used to be able to relate to adult teachers. “When I’d meet a teacher, I’d say, ‘Hey, tell me your 10 favourite books.’ I’d read them, and then I could talk to the teachers about something they knew a lot about.”

As a mega successful adult, Gates has spoken over and over again of the fallacies of the modern education. Except for one teacher. Fortune magazine dubbed Salman Khan of Khan Academy fame Bill Gate’s favourite teacher. It is an epithet both student and teacher (though the student is considerably older than the teacher) have accepted with élan.

As an MBA grad from Harvard, Salman Khan was working as a hedge fund manager and earning millions. He leveraged that money to fund his one man start up Khan Academy and left the glitzy, but unfulfilling, world of high finance forever. Instead he created free tutorials on all subjects under the sun so that everyone, irrespective of their background, could enjoy free quality education.

Among the legions of students lapping up his teachings was Bill Gates. Gates has said that whenever his children are being home schooled, they frequently take advantage of Khan Academy’s tutorials, as does he.

When asked in an interview why he gave up millions as a financial trader to start free education videos for the world he said, “I wanted to optimize my life for happiness and satisfaction. So I projected a ‘mental simulation’ of myself at 80 years old, looking back at two scenarios: me as billionaire or as a creator of an educational institution. I don’t think I’m like Gandhi, or anything. If anyone really did that simulation in their brain, I think it’s pretty clear that they’d prefer the latter.”

So many world leaders and game changers count Gandhi as their definite role model, from Nelson Mandela and Martin Luther King to Barrack Obama. The teacher who left an indelible mark on Gandhi had to have been a phenomenon.

The young and idealistic Gandhi was fascinated by the courage of Dr. Dadabhai Naoroji, more popular today as ‘The Grand Old Man of India.” He wanted to be accepted as a disciple in his troupe and be a part of the war of independence they were waging (Dadabhai Naoroji was a key player in the 1857 war of Independence).

In 1888 the young Gandhi wrote a letter to his would be mentor: “You will, therefore oblige me greatly if you will kindly direct and guide me and make necessary suggestions which shall be received as from a father to his child.” Touched by his earnestness, Naoroji took him in and taught him the importance of non-violent movements as a form of protests.

Naoroji died in 1917. He didn’t live to see how his pupil use his teachings to liberate the country, amidst the largest non-violent protest ever held. But the world sure did. And Gandhi did, for he wrote, “The story of a life so noble and yet so simple needs no introduction from me or anybody else. May it be an inspiration to the readers even as Dadabhai living was to me. And so Dadabhai became real DADA to me.”

Steve Jobs did not care about school till he came into the fourth grade. Even here, nothing much piqued his interest. His teacher here was Imogene Hill, or Teddy as she was fondly called. Though Job’s parents despaired of their son’s academic performance, Teddy saw in him what others would too in a few decades time.

Teddy bribed the little Jobs with a giant lollypop to do the more challenging tasks. It was a bribe he accepted with aplomb. Soon enough he began enjoying immensely the stimulated learning environment she constructed to hold his interest. Not only that, he also fell a little love with her. Jobs later said the bribes became unnecessary because, “I just wanted to learn and to please her. If it hadn't been for her I'm sure I would have gone to jail.”

Teddy succeeded so well with Jobs that he skipped a grade and went straight to middle school from the fourth grade.

Life clearly comes full circle because Jobs, knowing the value of a good teacher, went on to mentor his own share of pupils. Jonathan Rotenberg, cofounder of the Boston Computer Society-the world’s largest personal computer user organization, and leading executive coach is writing a book titled, “My Teacher Steve Jobs.” In it he details how Rotenberg met Jobs when he was eighteen and how he became the greatest teacher of his lifetime. Rotenberg says, “Steve learned early on that life can become limitless if we are open to seeing things differently: From a place beyond thought and ideas. And if we can listen with an open heart to the wisdom that lies deep within each of us, of life itself.”