From getting rejected by MTV to crafting India's most popular comedy channel: Story of TheQtiyapaGuy, Arunabh Kumar 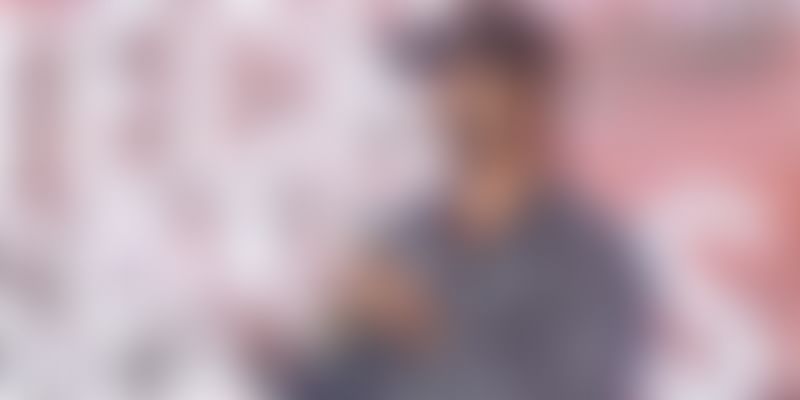 We know him as the Qtiyaapa guy. We rever him as the guy who makes viral spoof videos on Youtube. He was most recently in the news for his tie-up with Bollywood star Shah Rukh Khan to promote his movie “Happy New Year.” Meet Arunabh Kumar, CEO of the Viral Fever Media Labs. Oh, and CEO, in this case stands for Creative Experiment Officer.

The Viral Fever is a trailblazer not just because of the rage it has created among the youth, but also because it is definite proof that there is an audience for alternate streams of content and television is not the only medium which would survive when it comes to video. Arunabh, was a much awaited speaker at the TechSparks Grand Finale where he related the story of TVF.

His style is understated, quipping as he waited backstage:

If someone had told me a few years ago that I would be speaking at an event like this, I would probably have made a spoof about it.

On stage, he was charmingly unassuming.

Arunabh spoke about his ill-fated partnership with MTV where six months of hard work resulted in the “shittiest pilot” ever and how another show was rejected because “it’s too intelligent.” He ended his speech with the making of his first video, and the rest, as they say, is history.

We hoped he would tell us the secret of making viral content. But, in his characteristic minimalist style, all Arunabh would say, with a twist to a popular Bollywood adage is,

Videos are not made to go viral, they just do.