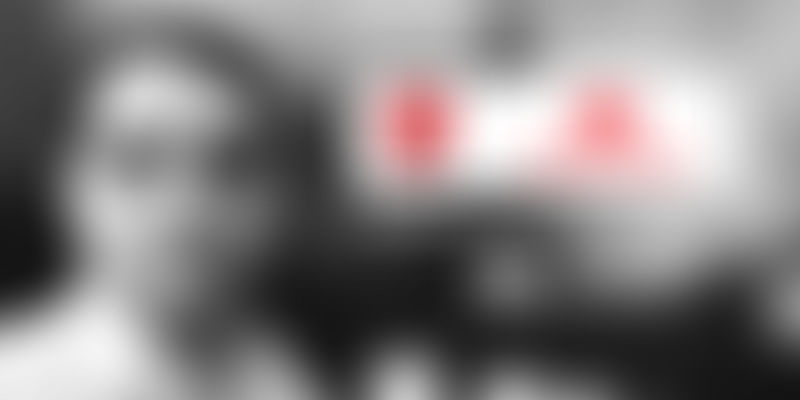 Meet our ‘Awesome Startup Employee’ Shanmukharaja from 99Games nominated by the founder and CEO of Robosoft and 99Games, Rohith Bhat.

Shanmukhraja is working as Technical Director for 99Games. He is responsible for R&D on technologies, technical game design, is a mentor to technical resources and a decision maker on backend and server technologies for our games. What he loves most about his job is working on cutting edge technologies, evaluating various technologies of today and taking the right decisions for the team.

Shanmukharaja started his professional carrier at Robosoft Technologies in 2003 where he worked with various great teams and evolved as a core programmer/technical resource at Robosoft. Working on device drivers, image processing and customised UI development for a couple of years he later moved to 3D Gaming Platform.

He says. “we have developed in-house cross-platform OpenGL rendering engine to get the game playing on iOS as well as Android. My association with 99Games is from here onwards. I have been the part of a team that developed many successful games for 99Games such as WordsWorth, DreamStar, Dhoom 3 - The Game and StarChef to name a few. I am a great team player and I established a core technical team to work with for the organization. Involved in building up a scalable cloud environment for our online games.” He further adds, “developing these games on Unity3D is something new and interesting, it is something I have been involved with in this past year.”

“While working with Robosoft and later with 99Games, I never felt like I was working for someone. I have always felt that I work for my products and these products define who I am.”

One of the defining moments of his life has been when the 99Games Founder, Rohith Bhat decided to establish 99Games and took greater risk to do their own products than services. “Product development has added greater values to my thoughts, work culture and personality. The greater responsibilities on me, rather I call them new opportunities,” shares Shanmukh.

The journey so far has been good shares Shamukh. “I got an opportunity to explore various technologies. Working in a small team like this startup helped me to evolve in a multi-dimensional way, it gave me an opportunity to work on varying technologies such as from user interface to device driver Interfaces, technologies of programming server backend to hard-core OpenGL.”

According to Rohith, “he takes on all challenges heads-on and has never said no to anything asked of him. I still remember interviewing him as a shy chap at one of our campus drives over 12 years ago and I knew back them that he would be a great technology leader for us some day. It has been a pleasure to track his progress over the years. He has excelled at everything thrown his way.”

One of the biggest challenges says Shanmukh, “ is the fast evolving/changing technologies on mobile platform, variety of devices, and the volatile market. The need to digest and adopt these new technologies and marketing strategies in no-time and make the right decisions very quickly!”

He further adds, “one of the happiest moment is when the games get featured on Stores, many downloads happens and those end-users write back to us! I always love to read what others perceive about what we do. We work with a smaller team and sometimes with shortage of resources but this gives us opportunitity to do more than what we can!”

Rohith says, “Shanmukh is a quite chap whose work makes all the right noise :) And that’s the culture of 99Games. We are not about being very vocal about what we do but let our work speak for ourselves. Rohith shares an interesting anecdote about Shanmukh with us.” A few years ago, we got this project to port Tomb Raider Anniversary game from Windows to Mac. And Shanmukh hadn’t worked on any games prior to that. So we gave this project to him and watched in astonishment how he was able to port the game to Mac in record time. More recently, post his promotion to Technology Director at 99Games, he was charged with providing technology leadership to multiple game production teams both on the game development side as well as on the backend development. He was able to seamlessly move and keep everything under control.”

Speaking of his team he says, “I know few of my team members here in our team since early stage of my professional life. All are very special and take their responsibilities in the right spirit. 99Games is a place where often gets to speak with Founder and he listens and applauds the right decisions made and put his time to get me to this level of my carrier.

We have a very good team to work with. With his office based in Udupi, a place Shanmukh loves the most! “This temple town has sea on one side and the other side is Western Ghat. Being a nature lover who is also into wild life photography it is amazing being here,” he says. He likes to write poems and is also into nature conservation. “On weekends I do photography and have photographed and identified over 300 bird species of Western Ghat area.”

“Working smartly than working hard is my approach to maintain a work life balance. I spend enough time on designs, planning and hence end up spending very less time for the completion of tasks later. Rest of my time I spend with my 4 year old daughter and family.”

To his team he says, “Hey guys, Game On! Even the sky won’t limit us, together we can bring the stars to Earth!”

Working at a startup is great according to him. He says, “at a startup one can grow ones professional career very quickly, master all technologies, play a major role for your team. At startups, opportunities are more than an established company where roles are very limited. Think out of the box, problems and limitations will always be there with any startup, but they should not stop one from doing things differently.” He says, “ Build a good community with other startups/developers/indutstries, for when we help others, others are there to help us too.”

Do you want to transform your life by choosing to work in a startup? Find some handpicked jobs on our Jobs Board.