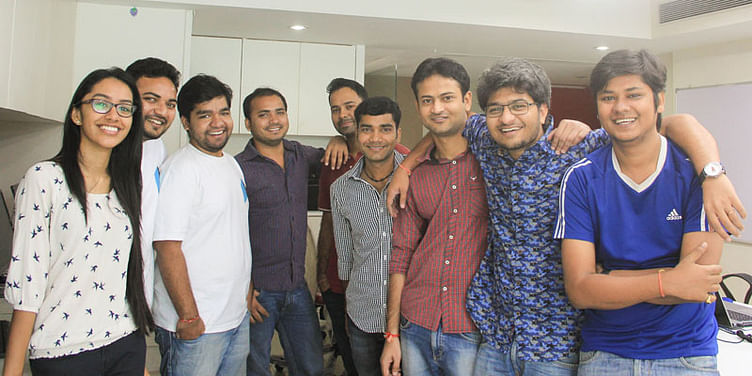 Started in January 2014, Testbook provides a variety of mock tests to give student's preparation a final shape for most of the competitive exams being conducted Online in India like GATE, CAT, SBI PO, SBI CLERK, IBPS PO, etc. The company has announced a fund raise of INR 1.5 crores through LetsVenture and Ah! ventures along with few angel investors from outside. This round was led by a Delhi based investor, Utsav Somani and MD of Carlyle Group, Shankar Narayanan along with other investment bankers, educational professionals, mobile experts and entrepreneurs.

Testbook has been founded by 6 IIT Mumbai and Delhi alumni who have been behind the product's steady growth over the year. We covered them earlier in March when they had around 13,000 registered users primarily for GATE preparation. The company currently claims 55,000 registered users who have solved over 30 lakh questions which suggests that a user on average has solved around 55 questions. The content on Testbook is designed and created by respective exam toppers and faculties with teaching experience in the respective domain.

The service is also completely free at the moment and the team is planning to launch some premium features soon. The current focus and the new funds will mainly be used to improve the product and increase the user base. The product has been spreading via the networks till now and new efforts will now be made to market the product effectively.

Online test preparation is one of the hottest sectors within education right now in India because of a huge addressable market that'll be willing to pay if a product helps a student clear a test. We had earlier carried this list of online test preparation startups being built from India and the space is heating up. Toppr has raised $2.2 million from SAIF Partners and Helion Ventures, Embibe has raised $4 million from Kalaari and there are a bunch of others players in the fray fighting it out. Metrics like time spent on site, engagement with the questions, and success rates will be important for these startups. It is early days for Testbook and this funding fuel will help them focus more on growth and try to grab a bigger piece of the pie.