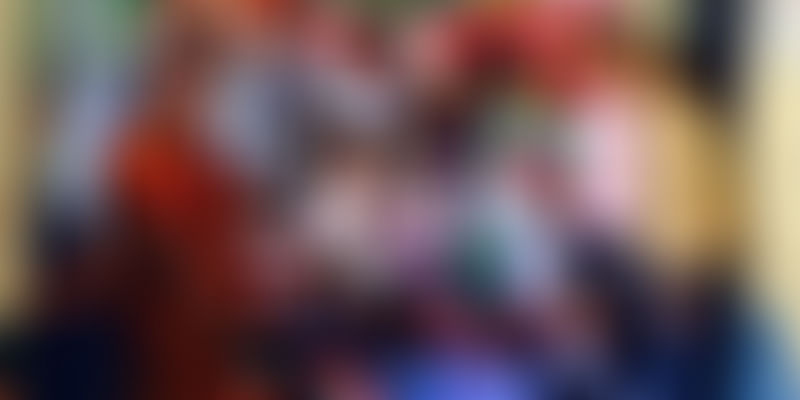 If we start Urvashi Patole’s story backwards, 2012 would be a fitting year. After an accident, Patole suffered a major head injury and a poor diagnosis to match. Neurologists told her parents that she’d suffered a midline shift of her brain. Simply put, the centre line of her brain was not in the centre anymore, affecting posture and vision. The doctors told her she could not afford to take another major impact on her brain, so she must give up motorcycling. The injury resulted in memory loss and light processing issues, but Patole worked hard to get better. In three months, she was back on the road, where doctors had told her it would take a year for her to recover.‘So, motorcycling gave me a new life. I told my parents if I gave up motorcycling, I would be lost and depressed. But, if you want me to truly live happy, let me get back on the saddle and ride on.

‘It lets me be who I truly am, a free-spirited woman who wants to live without regrets, and wants to encourage other women to experience life to the fullest. The feel of controlling a powerful vehicle with ease and knowing that a wrong move could be your last is the most exhilarating thing ever, which makes you aware of the value of life every single second. People all over India respect me because I truly live to ride and riding makes me live.

‘Today, I have the ‘Female Biker of India’ award, Limca Book of Records certification, dirt race championship wins and much more, just because I did not let fear overcome and just sit back. I hope I encourage women by my story.’

Urvashi Patole started motorcycling when she was 14 years old. 12 years later she’s covered around 400,000 kilometres. For Patole, biking isn’t just a passion or hobby, it’s also her profession. On the side, she moonlights as a senior social media strategist in a digital marketing agency, I Knowledge Factory Pvt Ltd.

‘Initially when I started off, I did not tell my parents about it. I began as a stunter, but when I fractured my wrist one fine day I had no choice but to tell them. I remember my mother crying because she was worried what a 17 year old girl was doing jumping around on a motorcycle. My father did not say much, but I got a 125 cc motorcycle as an upgrade to my Activa soon after. I had a mixed reaction where some friends discouraged and some joined in, but it was mainly a solo journey as it did not bother me about what others had to opine. I loved motorcycling that’s all I knew and know throughout these years.’

Patole feels that the hesitance women feel about getting on bikes has a lot to do with a latent fear of getting hurt or falling ingrained into them from a very young age. They’re expected to be careful and cautious, whilst young boys are expected to play rough and tumble. She says they’re discourage ‘of doing something where they will be placed under a spotlight or subjected to dismissive advice from critical observers, which may include male friends or family members. They need to understand that they should care less about what others have to say and just get on that bike, fall, get up again and ride.’

It was with this determination that Patole and fellow biker Firdaus Shaikh started The Bikerni in 2011, an all-female association of serious bikers exclusive to India.

‘I felt I had to begin a platform for women motorcyclists because our numbers were few and scattered. I wanted us to connect, to encourage other women to ride all over the country, to ride together and to be under one association so that we could gain an equal platform for women bikers. I aimed at women empowerment through the field of motorcycles. Women should look at us pillars of strength on two wheels and know that there women around who are doing something really uplifting and thus, follow their dreams.’

The Bikernis tour, stunt and ride, with more than 500 members across several chapters in India. It’s not uncommon for them to engage in awareness campaigns through their rides. Previously, they’d partnered with Child Rights and You (CRY). So, it’s not just about riding, but The Bikerni makes social causes a part of its job. The most liberating aspect of The Bikerni is that it’s a true sisterhood with women from different walks of life and ages part of the club.

Patole’s travelled nearly all of India, and only a thorough expedition of the North East remains, which is ironic, because she’s part Mizo. But, the trip that remains her favourite is the one covering the entire Southern Coastal Region of India totalling 5000 kilometres. To Patole, there’s nothing more liberating than petering off-roads and into mountainous routes. Their most ambitious journey is still their 2013 Leh-Ladakh expedition.

For similar reasons, Patole encourages other women to take up biking. Start small, and then go big. Bikerni makes joining and forming club chapters in your area extremely easy, allowing women to stick together and go on different kinds of biking expeditions.

Patole says, ‘I have also saved women from molestation and eve-teasing in a number of occasions. If people are breaking signals -even trucks- I park my motorcycle right across the road till the light turns green. If I stay a part of the crowd which ignores and looks away, how would I live in peace with myself? So everyday I fight with the standard processes of life, making it bigger through The Bikerni as more and more get empowered and ride. It makes me feel happy knowing that I have more women standing and riding strong out there.’

In the end, the Bikernis who’ve come to become Patole’s sisters and friends live up to one motto only:  “I like mud for make-up and petrol for perfume”