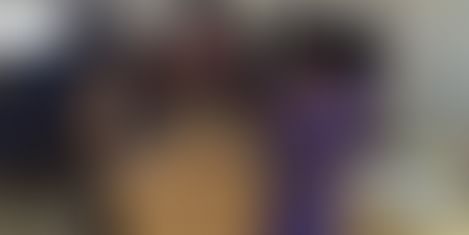 Kalpit Jain and Kavita Jain both spent their childhood in different parts of Madhya Pradesh. Kavita went to KV in Bhopal while Kalpit went to KV in Neemuch. Two different stories were unwinding with KV being the focal point of a possible connection. Kavita’s father was principal at KV Bhopal and her mother was a retired professor of botany. Education runs deep in her family and that has percolated to what Kavita and Kalpit now do as well. For Kalpit, his father had a government job in Madhya Pradesh and the family travelled throughout the state.

Back in 1997, Kavita had just graduated from the Government Engineering College in Bhopal while Kalpit had completed his MBA from University of Arizona. Both of them began their professional careers and it was during this phase that their parents introduced the two. They hit it off straight away and later when Kavita had to go to US on an assignment, the two of them got married. Kalpit ran a startup for a couple of years but had to get back to the corporate world. Both of them had successful stints and in 2008, their paths crossed at Microsoft. By 2010, their son Avinash had grown up, they had good experience in technology and the itch to do something in homeland had crept in. "We had some funds and combined that with desire to spend more time with parents and get our son to explore roots attracted us," says Kalpit.

Shifting to India was a big decision. A whole bunch of folks initially discouraged them but they were determined and made move back to startup, and that too in Indore. Thus was born WAGmob. They started out with mobile apps in the education space and seeing success, they opened up a B2B stream by developing a mobile platform to help companies train there teams (read the complete story about what they do). The apprehension of starting up in Indore was put to rest when the duo figured out that setting up a business in Indore wasn't that hard. "India has moved on. Government officials are willing to help and support. Also, it is somewhat easier to do business in India as you can get high speed internet and cost of living is low," says Kalpit.

Building from India and selling globally is now becoming common but doing that from Indore is something people want to hear about. WAGmob has customers like Google and that speaks volumes of their calibre. We asked Kalpit and Kavita some specific details about hiring in Indore, here's what they told us:

Kavita and Kalpit's son Avinash had grown up and he was always keen on what was happening at the workplace. Once, Kalpit needed a crawler for vocabulary words and this is when Avinash picked up interest in programming. "He and his friends picked python and wrote a crawler. I was surprised to see how quickly kids can learn!" says Kalpit. Now 14 years old, Avinash is very much a part of the WAGmob team and helps via coding, content development and even selling. "He is the one who is managing booth and selling to customers via conferences," says Kalpit.

WAGmob has grown and is a 60 member team right now but all is not hunky dory. A startup journey is hard every company has its own set of problems. WAGmob is in an interesting stage of growth at the moment and it was manageable till now but the need to grow business further has fuelled some questions. Building an internet company from Indore is surely possible. "I was literally shocked to learn that I have a fiber line to my home in Indore but a copper wire services my home in USA," says Kalpit. But once the product is ready, going out and selling necessitates presence in the business hubs. "Currently we are traveling back and forth. To grow business to next level we need to be close to our customers. B2B business requires in person presence. Hopping to Indore via Mumbai or Delhi just does not scale," says Kalpit. A possible way out from this is a couple of sales offices in the metros but that proposition is still far out in the future. For now, WAGmob is settled well and growing at a steady rate.

Check out more about what the company does and here is their website: WAGmob

And here is a video where Kavita talks about their latest B2B offering: