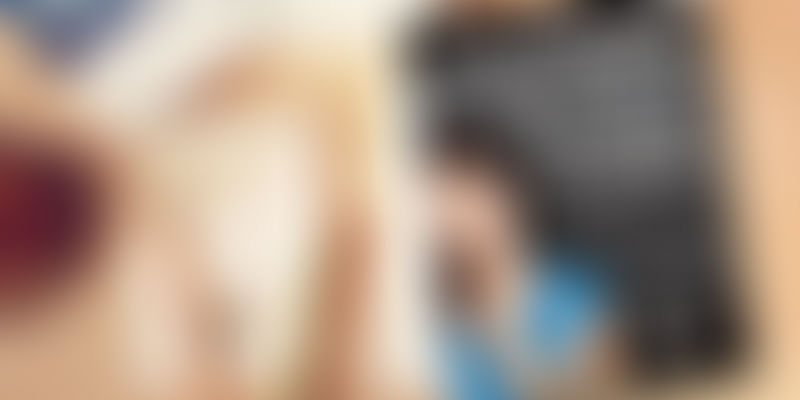 Noah benShea, poet-philosopher and bestselling author, has published a compelling book called 'Great quotes to inspire great teachers,' recently released as a paperback. The quotes, clustered in 26 thematic chapters, are a treasure trove for teachers as well as business leaders, managers, artists, activists and entrepreneurs.

The quotes in the 190-page book cover a wide range of themes such as character building, teamwork, learning from failure, motivational communication, self-discipline, leadership, creativity, time management, technology and even spirituality. From Einstein and Gandhi to Lennon and Toffler, here’s a sample of 100 inspiring quotes from the book!

A bookstore is one of the only pieces of evidence we have that people are still thinking. – Jerry Seinfeld

A college education should equip one to entertain three things: a friend, an idea and oneself. – Thomas Ehrlich

A leader is one who knows the way, goes the way and shows the way. – John Maxwell

A mathematician who is not also something of a poet will never be a complete mathematician. – Karl Weierstrass

A mind is a fire to be kindled, not a vessel to be filled. – Plutarch

A ship in harbour is safe, but that is not what ships are built for. – John Shedd

A teacher affects eternity; he can never tell when his influence stops. – Henry Adams

All our science, measured against reality, is primitive and childlike – and yet it is the most precious thing we have. – Albert Einstein

As a coach, I play not my eleven best but my best eleven. – Knute Rockne

Behaviour is a mirror in which everyone displays his own image. – Goethe

Character cannot be developed in ease and quiet. Only through experience of trial and suffering can the soul be strengthened, ambition inspired and success achieved. – Helen Keller

Character consists of what you do on the third and fourth tries. – James Michener

Criticism is more effective when it sounds like praise. – Arnold Glasow

Every soul is a melody which needs renewing. – Stephane Mallarme

Feminism is the radical notion that women are people. – Cheris Kramare and Paula Treichler

Good leaders make people feel that they’re at the very heart of things, not at the periphery. – Warren Bennis

I do not know what I may appear to the world, but to myself I seem to have been only a boy playing on the seashore. – Isaac Newton

I find that the harder I work, the more luck I seem to have. – Thomas Jefferson

I had a terrible education. I attended a school for emotionally disturbed teachers. – Woody Allen

I would never have amounted to anything were it not for adversity. – J.C. Penney

Ideologies separate us. Dreams and anguish bring us together. – Eugene Ionesco

If society will not allow a women’s free development, then society must be remodeled. – Elizabeth Blackwell

If you take responsibility for yourself, you will develop a hunger to accomplish your dreams. – Les Brown

In the end it’s not the years in your life that count. It’s the life in your years. – Abraham Lincoln

It is not how much we give but how much love we put into giving. – Mother Theresa

It is not time which needs to be managed, it is ourselves. – Gillian Butler and Tony Hope

It is the supreme art of the teacher to awaken joy in creative expression and knowledge. – Albert Einstein

It is to the one who endures that final victory comes. – Buddha

It is wisdom to know others. It is enlightenment to know oneself. – Lao Tzu

Journal writing is a voyage to the interior. – Christina Baldwin

Leadership and learning are indispensable to one another. – John F. Kennedy

Leadership has a harder job to do than choose sides. It must bring sides together. – Jesse Jackson

Life is much less a competitive struggle for survival than a triumph of cooperation and creativity. – Fritjof Capra

Live in such a way that you would not be ashamed to sell your parrot to the town gossip. – Will Rogers

No act of kindness, no matter how small, is ever wasted. – Aesop

No culture can live if it attempts to be exclusive. – Mahatma Gandhi

No one can make you feel inferior without your consent. – Eleanor Roosevelt

Obstacles are those frightful things you see when you take your eyes off your goal. – Henry Ford

Our Age of Anxiety is, in great part, the result of trying to do today’s jobs with yesterday’s tools. – Marshall McLuhan

Our character is what we do when no one is looking. – Jackson Brown, Jr.

Part of me suspects I’m a loser, and the other part of me thinks I’m God Almighty. – John Lennon

Pure mathematics is in its own way the poetry of logical ideas. – Albert Einstein

Sandwich every bit of criticism between two layers of praise. – Mary Kay Ash

Success is measured by your discipline and inner peace. – Mike Ditka

The best way to find yourself is to lose yourself in the service of others. – Mahatma Gandhi

The discipline of writing down something is the first step toward making it happen. – Lee Ionesco

The dream begins, most of the time, with a teacher who believes in you. – Dan Rather

The essence of mathematics resides in its freedom. – George Cantor

The first task of a leader is to keep hope alive. – Joe Batten

The future belongs to those who believe in the beauty of their dreams. – Eleanor Roosevelt

The good teacher discovers the natural gifts of his pupils and liberates them. – Stephen Neil

The great leaders are like the best conductors – they reach beyond the notes to reach the magic in the players. – Blaine Lee

The greatest good you can do for another is not just to share your riches but to reveal to him his own. – Benjamin Disraeli

The greatest obstacle to discovery is not ignorance – it is the illusion of knowledge. – Daniel Boorstin

The greatest remedy for anger is delay. – Seneca

The most beautiful thing we can experience is the mysterious. It is the source of all art and science. – Albert Einstein

The moving power of mathematical invention is not reasoning but imagination. – Augustus de Morgan

The object of education is to prepare the young to educate themselves throughout their lives. – Robert Maynard Hutchins

The only real failure in life is one not learned from. – Anthony D’Angelo

The pen is the tongue of the mind. – Miguel de Cervantes

The really great make you feel that you, too, can become great. – Mark Twain

The reward of one duty is the power to fulfill another. – George Eliot

The role of the teacher remains the highest calling of a free people. – Shirley Mount Hufstedler

The science of today is the technology of tomorrow. – Edward Teller

The secret of getting ahead is getting started. – Mark Twain

The toughest thing about success is that you’ve got to keep on being a success. – Irving Berlin

There are two ways of spreading light: to be the candle or the mirror that reflects it. – Edith Wharton

To know how to suggest is the art of teaching. – Henri-Frederic Amiel

Too often we give children answers to remember rather than problems to solve. – Roger Lewin

Two monologues do not make a dialogue. – Jeff Daly

We can drown in our technology. The fog of information can drive out knowledge. – Daniel Boorstin

We can’t become what we need by remaining what we are. – Oprah Winfrey

We may not always see eye to eye, but we can try to see heart to heart. – Sam Levenson

We must teach our children to dream with their eyes open. – Henry Edwards

What wisdom can you find that is greater than kindness? – Rousseau

When one reaches out to help another he touches the face of God. – Walt Whitman

Words of love are works of love. – William Alger

Yesterday is gone. Tomorrow has not yet come. We only have today. Let us begin. – Mother Theresa

You are the mirror of divine beauty. – Rumi

You cannot assume that kindness is an inherited trait. It is a learned behaviour. – Katie Couric

You do not lead by hitting people over the head – that’s assault, not leadership. – Dwight D. Eisenhower

You must be the change you wish to see in the world. – Mahatma Gandhi

See also my pick of the Top 10 Books of 2014 for Entrepreneurs and the YourStory pocketbook ‘Proverbs and Quotes for Entrepreneurs: A World of Inspiration for Startups,’ accessible as apps for Apple and Android devices.

Noah benShea is a poet-philosopher and bestselling author of 23 books translated into 18 languages. Born in Toronto, he lives in Santa Barbara, Califonria. He has served as Dean at UCLA, visiting lecturer at MIT and Duke University and guest professor at the University of California in San Francisco. His inspirational thoughts and columns are also accessible online.