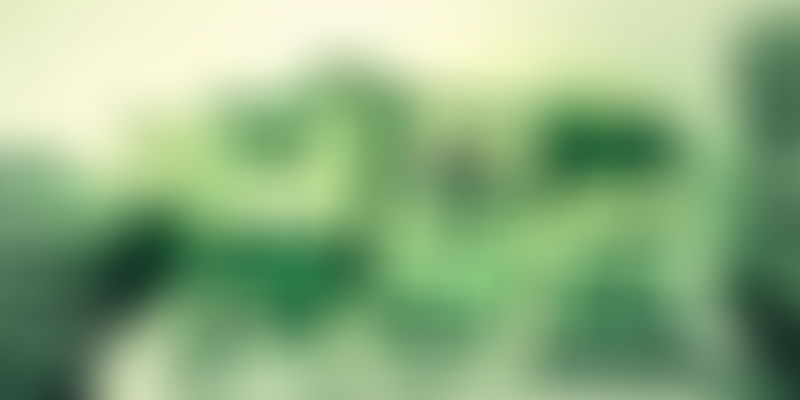 India generates 13, 00,000 tones of e-waste annually, which is increasing at 26% on a yearly basis. Most of the e-waste ends up in the informal sector leading to environmental hazards. To ward off this problem, a law was brought into force in May 2012 through the Environment Protection Act, which requires e-waste to be disposed off through formal channels only.

However, the e-waste generators were facing a lot of challenges in disposing them. E-waste was dumped in their offices and factories occupying huge amounts of space. It was always the last priority as they lacked the resources, time, and knowledge required to dispose it as per law. Certain organizations had cost intensive and ineffective process, which require a lot of paperwork. In the end, they were not sure whether the price that they received was apt.

Meanwhile, recyclers were unable to procure enough material to meet their monthly requirements. Lack of online platforms providing good, quality data of the lots being auctioned didn’t help their cause as it resulted in financial losses.

Since his college days, Ankit had been researching on e-waste and later bounced this idea off to Abhinav in February 2013. To fill this vacuum the duo launched Avshesh.com which helps organizations dispose e-waste conveniently, for an appropriate value, in a government authorized fashion and at the same time provide accurate data to the recyclers and increase their procurement reach. “We inventorize, evaluate the reserve price, e auction it on our portal Avshesh, and handle payment, pickup and certificate realization,” says Abhinav.

The company is operational only in the B2B space. So far the venture is bootstrapped and is actively looking to raise money so that it can expand and create a pan India presence. “Simultaneously, we are also working out a retail model through which old used electronic and electrical items can be collected from households,” adds Ankit.

As of now they haven’t found any similar organization globally. However, there are a lot of e-auction platforms to which Avshesh at times is compared to.

The Kolkata-based company also has an advisor on board, who guided the founders through the last seven months of operations, helping them technically and in developing a better understanding of the market. “We had launched our services in Kolkata and now have our presence in the eastern part of India and Delhi. At present, we are helping around 15 organizations to dispose off their e-waste, and this list is continuously growing,” says Abhinav.

Like other startups, Avshesh also faced a few problems initially, which slowed its growth. “We took time to perfect our e auction platform, and it was only after a couple of live auctions that we were able to rectify all the problems,” says Ankit.

Getting early employees on board was a big challenge for Avshesh. “We had hired two employees initially, but both of them left us within a span of 24 hours due to personal reasons. Going forward, we spent the next one month hiring people who have better skill set and passion to work in a startup like us,” points out Ankit.

A quick look at startups solving waste problem in India

Besides Avshesh, Banyan, an informal sector inclusive high technology social venture aims to solve the problems in the Indian recycling value chain through technology innovations that encourage source segregation and maximize landfill diversion. The startup aspires to root out inefficiencies in the recycling value chain by innovating across all aspects of the recycling process from pre-sorting and collection to post-sorting and processing of recyclates.

Attero is another startup which spreads across India, and picking e-waste from more than 150 cities across five states in the country. At present, it has over 450 clients, which include companies like Samsung, Wipro and HCL. The company recycles around 6,000 tonnes of electronic waste on an annual basis.

In the B2C segment, Bhopal-based Kabadiwala.com helps people book a slot and get their waste collected alongside getting paid for it.