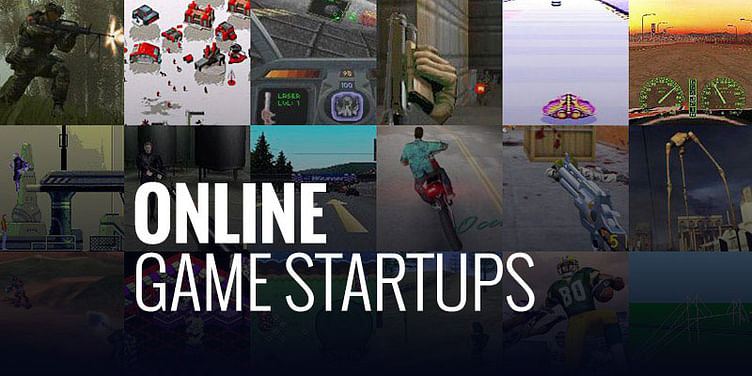 You may have got many an insight from top industry leaders as well as those behind India’s recent startup success stories during the course of the last year. Now, as 2015 gets under way, it is time to get a fresh perspective from some exciting entrepreneurs. In this article, game developers share their learnings from 2014 and expectations for this year.

Game startups may not have been at the forefront of India’s success story, not yet at least. However with an increasing number of gaming products and talents getting noticed, things are surely looking up. We asked a few Indian gaming entrepreneurs who made the headlines in 2014 to share their best moments from the year, expectations from 2015 and tips for aspiring game developers.

Vishesh Chopra, along with Asar Dhandala, developed the Indian Indie Game ’Petite’ - a game with 42 levels and revolves around the life of a woman.

Best moment of 2014: When his game won the ‘Best Game Story’ award at the Casual Connect event in Singapore! ‘Petite’ was also runner-up at the NASSCOM Game Developers Conference in Pune under the ‘Game of the Year’ category.

Expectations from 2015: To see more Triple A games for PC and consoles from India. ‘AAA’ rated games are those of the highest gaming quality and touted to be bestsellers.

Advise to aspiring game developers: Start working on games as early as possible. One learns more while making games than studying about them. Take frequent breaks and come back to work with a fresh mind every time; it can help one stay focused.

Vishnu Pariyarath is game developer of Dynetzzle Extended, the extended version of the original web puzzle game Dynetzzle. Vishnu’s is a solo project, and currently does not have a studio or team.

Best moment of 2014: Release of his first independent game Dynetzzle and its extended version Dynetzzle Extended, the latter was runner-up under the ‘Indie Game of the Year’ at the NGF awards.

Expectations from 2015: This year Vishesh would like to see and play many more experimental and original titles from India. He would also like to see more PC games from here.

Advise to aspiring game developers: While he says advice is not his thing, he trusts starting simple and playing many games could help aspiring developers get into the groove of developing their own. His passion for gaming and support from parents and friends have been his driving force.

Girish Krishnan, along with his partner Prateekshankar Dixit, developed Squ - a two player, turn-based strategy game that won the ’Student Game of the Year’ NGF Award.

Best moment of 2014: His team’s favourite moments, besides their own game milestones, were the experience of player games developed by others – such as the point-and-click adventure game called ‘Somewhere’ by Studio Oleomingus, Indie puzzler ‘Dynetzelle’ by Vishnu Pariyarath and ‘Kentucky Route Zero’ by Cardboard Computer.

Expectations from 2015: More novel games coming out of India, more international awards being won by Indian game developers, and games touching areas other than just entertainment, which could then lead games to be studied more as a medium to pursue goals and problem-solving.

Anshumani Ruddhra, along with team-mate Anand Ramachandran, developed ‘Dadi vs Jellies’ - a game where the grandmother turns superhero and whose powers include home-made weapons of mass destruction, those like the Chappal of Death, KitchenZooka, Gramophone Gun and the deadliest of them all - Dadi’s SCREAM!

Best moment of 2014: ‘Dadi vs Jellies’ winning ‘Game of the Year’ at the Nasscom Game Developer Conference (NGDC14). He felt it was great validation for the work his team has been doing - that is to develop top-notch games for the Indian market.

Expectations from 2015: More Indian developers making games for the Indian market and a few monster hits emerging out of all these. He hopes to see many of them being made by their own gaming studio - Tiny Mogul Games.

Advise to aspiring game developers: Make games fast. Release them. Run them live. Repeat. This is the only way to become a world-class game developer, he believes. What keeps him and his team on their toes is the huge opportunity presented by the thriving Indian mobile ecosystem.

Arvind Yadav is the creator of Unrest by Pyrodactyl Games - an adventure role-playing game set in a fantasy interpretation of ancient India. This year the game won both the Softpedia and NASSCOM Indie Game of the Year titles.

Best moment of 2014: The release of ‘Unrest’ was a proud moment for the Pyrodactyl team, especially since they spent an entire year working on it. The setting of the game in particular is close to the creator’s heart.

Expectations from 2015: Arvind would like to see the size of the PC gaming market increase in India, so more developers like him can make games attuned to local audiences. Besides games, he would like to see less war and suffering in the world this year.

Advise to aspiring game developers: Start small, and finish the games you are making. He also suggests using whichever engine or programming language one is comfortable with - Game Maker and Unity are good places to start. To stay motivated, he recommends dividing one’s tasks into smaller ones.

To sum up, in the words of Anando Banerjee, Chair Content for NASSCOM Game Developers Conference, “Expect some really big hits out of India in the next two to three years!" If the wishes of some these game developers could come true, one will see a larger PC gaming market, many more Indian game developers and global hits from the region much sooner. Watch this space for more updates!