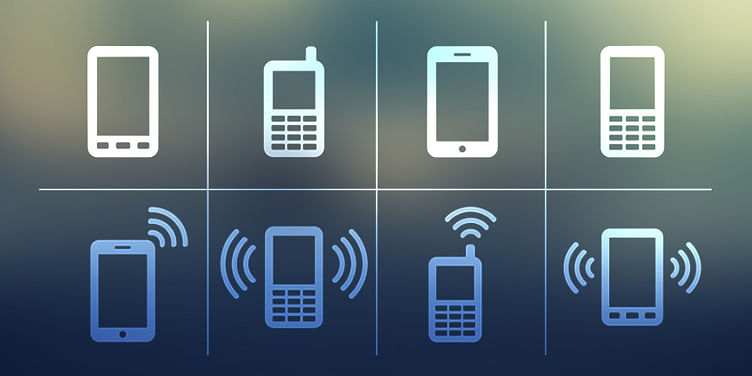 The annual Mobile India conference for which YourStory was the media partner wrapped up on January 9 in Bangalore with a wide range of insights on mobile innovation in India. Chaired by professors V. Sridhar of IIIT Bangalore and D. Manjunath of IIT Bombay, the event’s theme was ‘Wireless broadband: challenges and opportunities.’

1. Scope out the market opportunity

The scale of opportunity in mobile India is immense, and it helps to begin by sizing up the market. India has 957 million telecom users. Overall teledensity is 78%, rural telendsity is 45%. The broadband Internet user base, however, is only 76 million – with lots of room for growth and innovation.

Worldwide by 2020, 90% of mobile subscriptions will be mobile broadband and 55% of mobile traffic will be video. GSM started off in the mid-1990s in India, and now covers over 90% per cent of India. In urban areas, 10% of the mobile network sites generate 90% of traffic.

Facebook has 100 million users in India of which 80-90% access the social networking site via mobile. Social messaging is disrupting telco messaging: an estimated $32.6 billion SMS revenues of mobile operators were lost to OTT social messaging in 2013.

There are big opportunities in local language content and mobile payment. India has 150 million bank accounts and 150 million smartphones. There is a major language gap: India has less than 150 million English literates, but over 56% of the Web is in English.

2. Immerse in the user environment

For mobile apps to be successful, developers and designers must immerse themselves in the user environment. Dr. Venkat Padmanabhan, Principal Researcher and Research Manager, Microsoft Research India, showed how difficult it can be to design effective traffic apps in India, based on smartphone sensors. “No two vehicles are the same, and no two vehicles point in the same direction on Indian roads,” he joked. Sometimes pedestrians move faster than traffic. Honking volume and frequency can be used as metrics in India, but these may not be as relevant in countries like Sweden!

The rise of players like Flipkart and Snapdeal in India has shown the potential of e-commerce. Mobiles open up new opportunities for retailers via ‘physical analytics,’ or mapping of shopper movements and actions in stores based on indoor localisation and ‘digital fingerprinting.’ GruMon and ThirdEye have been used to map shopper patterns of walking, dwelling, gazing and reaching out, yielding new kinds of ‘heat map’ insights for retailers on store design and product placement.

Smartphones can help effective distribution of healthcare in India, said George Mathews, Founder Director, Icarus Design Services and Icarus Nova, a company which has designed a product called Entraview. It is an ear observation device plugged into a smartphone, and can effectively conduct ear screenings and share the results rapidly with doctors and clinics.

“Globally, healthcare sector is going through a tipping point due to digital technologies,” said Abhijit Gupta, Co-Founder & Director, Praxify. Mobile solutions can be used for patient self-tracking as well as making doctor appointments.

It is quite popular to ‘bash’ operators as conservative players who are not particularly innovative or friendly towards startups and consumers, but they will continue to be big players in mobile and enterprise. Solving some of their painpoints can open up opportunities for B2B players. “Indian telcos are spending 25 times more for spectrum than in Spain or Singapore. India has 10 times more stringent regulations for mobile radiation than other countries,” said S.J.S. Selvinson, VP and CTO, Bharti Airtel, Karnataka.

Digitalisation and intelligence will transform business by offering new real time insights, said Yathish Nagavalli, CTO, Huawei Technologies India. The “Internet mindset” and mobile ecosystem will transform business. For example, AliBaba, an e-commerce company from China, has become a major banking player – it gives better interest on deposits than banks. “Mobile is driving a new wave of startups competing with the giants,” said Nagavalli. The power of borderless social media accessible on portable devices has led to the rise of “social influencing” which will become important for business and government.

To truly be successful for the local market, ‘Make for India’ apps should segment three kinds of users: Silicon India (online, well plugged in), Aspirational India (more fluent in Indian languages) and the Underpivileged (soon to be digital, looking to improve livelihood). Most Indian mobile users are still on 2G networks, observed Jayanth Mysore, Product Manager, Google. “Design for offline and disconnected users as well. Provide local language support - make it easy for users to write in Hindi, not just type in Hindi,” he advised.

Developers should “overcome the ignorance, inequality and apathy” currently present in many local language mobile initiatives in India, urged Arvind Pani, CEO, Reverie Language Technologies. He cited the late great Nelson Mandela in this regard: "If you talk to a man in a language he understands, that goes to his head. If you talk to him in his language, that goes to his heart.” Local language Web is about content as well as ecosystem: search, design, interaction, elegance, aesthetics and community interaction.

8. The Internet of Things

Sascha Meinrath, Director, X-Lab and Founder, Open Technology Institute, urged that Net Neutrality principles of common carriage, open architecture, open protocols, end-to-end architectures and privacy be protected around the world. Even though this may seem a complicated issue for startups, entrepreneurs must keep an eye on this unfolding debate because it will affect the future of digital innovation and prevent big players from wiping out emerging startups.

"Our lives are being digitised faster and faster, and devices are becoming cheaper and more versatile,” observed Dr. Pramod Varma, Chief Architect, Aadhaar. This government initiative aims to create digital identity solutions on which a range of services can be built, and will reduce use of paper and cash. “730 million people have been covered, and we will cross the one billion mark this year,” said Varma. Aadhar APIs for authentication and KYC on private networks are already in use: Axis Bank reduced account opening time from 15 days to half an hour, said Varma.

In sum, a range of B2C, B2B and G2C opportunities are opening up for mobile innovators in India. Dipak Vagadiya of HP India summed up the panelists’ tips effectively: “Make it simple. Make it matter. Make history!”