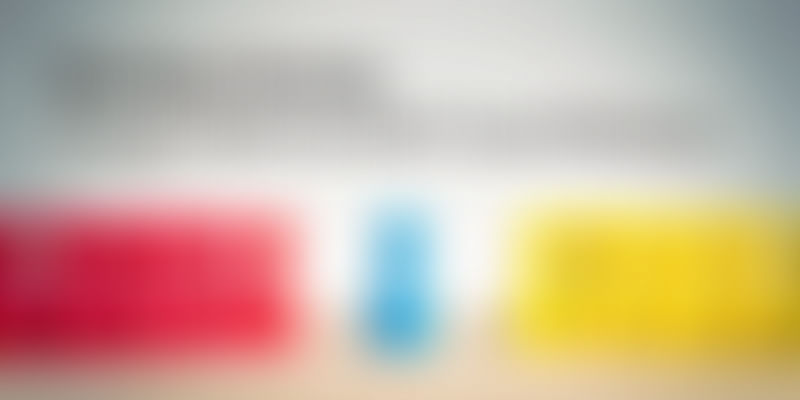 “Today, in India, mediation is accessible largely through a court referral. We feel the time has come to expand the scope of mediation to the private space so that disputing parties are able to resolve their disputes without going to court,” says Tara Ollapally, mediator and Co-coordinator, Centre for Advanced Mediation Practice (CAMP).

Mediation is a process in which a neutral third party - a mediator - assists disputing parties to bridge their differences and find mutually acceptable solution. CAMP is one of the early players that tried to provide private mediation services through a panel of skilled and well trained mediators who are also legal professionals.

In 2005, mediation was introduced to the legal system as a form of dispute resolution with the court annexed mediation program in Chennai. The Bangalore Mediation Centre (BMC) was set up under the aegis of the High Court of Karnataka in 2007. Laila Ollapally, was one of the founding co-coordinators of the BMC and was introduced to mediation through this role. She has settled hundreds of cases and seen the tremendous impact of this form of dispute resolution. She is the founder of CAMP.

We are all aware that litigation is an expensive affair and takes a heavy toll on a company’s pockets. Given the scenario, private mediation will be especially important for the startup community. When faced with a legal dispute, a young startup would greatly benefit from a process that is focused on supporting the parties to resolve their dispute in a collaborative, creative, efficient and win/win way.

A startup can avoid litigation by ensuring that every contract it enters into includes mediation in the dispute resolution clause. This way when faced with a legal dispute parties are able to give mediation a fair and proper chance before pursuing other more adversarial forms of dispute resolution such as arbitration or litigation. For most commercial and civil disputes, mediation would be an effective option. It is important for our business community to embrace a culture of dispute resolution that is collaborative and can enhance relationships.

According to Tara, “All civil and commercial disputes can be mediated.” The list of issues CAMP has the band-width and process expertise to mediate includes - business and commercial disputes relating to contractual breaches, insurance claims etc; employment and workplace disputes such as termination of employment; family disputes involving family businesses, matrimonial issues; housing and property disputes involving landlord-tenant disputes; ownership disputes; and also technology and intellectual property disputes involving license agreements. “The list is illustrative and not exhaustive. To help parties understand whether their dispute can be mediated or not CAMP also provides a free initial consultation to the parties,” Tara explains.

CAMP is currently a three-member fulltime working team supported by an advisory board which is very proactive and supportive. They have just trained 20 experienced, well known lawyers to become mediators. Some of these lawyers will join the panel of mediators and will provide their services as mediators which Tara says they are currently in the process of selecting.

This sector comes with its own set of challenges. Since mediation is still a very new concept within the legal system, lack of knowledge and awareness creates skepticism. “However, we have seen a tangible shift in lawyers opening up to a concept like mediation after they have been exposed to it or gained awareness about it. Parties and lawyers who have experienced a good mediation embrace and support it wholeheartedly,” says Tara.

When asked how she measures the impact of mediation, Tara says, “Seeing a dispute end in a peaceful, respectful way where all parties feel that they were understood, and in turn were able to understand the perspectives of the other parties and through the settlement they feel that their interests were met, to me, is a successful mediation.” To illustrate a good example of the impact of the mediation process she shares this example:

In a dispute involving five brothers who were neck deep in litigation relating to their jointly owned company and properties, cases were pending for over a decade in several courts including at the Company Law Board. In 2008, they were advised by their lawyer to try mediation. The mediation process involved communication and discussion in the presence of a neutral impartial third party. The parties, along with their lawyers and key managerial personnel discussed, negotiated and settled eight cases in a span of 48 hours. After a few months of the dispute being settled, a family member called the mediator and expressed her gratitude for assistance in settling the matter. She exclaimed that the mediation process allowed the family to reunite and heal. The mediator was the toast of their recent family reunion. Their last family reunion had been over 10 years ago.

Tara envisions CAMP to be part of the movement that influences the legal community in India to steer away from an adversarial form of dispute resolution to a more collaborative form of dispute resolution.As regards the road ahead for CAMP, Tara says, “Raising awareness to mediation is one of the most fundamental aspects of our work at CAMP — there is a lot that can and must be done to sensitize our lawyers, corporate, startups and other businesses to this non-adversarial, collaborative, efficient and effective form of dispute resolution.” She believes that as more and more people participate in mediation and benefit from its positive experience, this concept will find solid ground in our legal system just like in countries like the United States of America, Hong Kong, Singapore, Australia and several others.

CAMP is organizing a series of events around mediation during the week of Feb 16, 2015, including the Private Commercial Mediation Conclave on Feb 20, 2015. The first event of its kind in the country, this conclave will focus on initiating the discussion on mediation amongst partners of law firms and corporate counsels.

Amicable resolution without litigation is something founders and co-founders may want to take a close look at. In the long run, saving time and money in finding a resolution that is to everyone’s satisfaction may be good for the company.