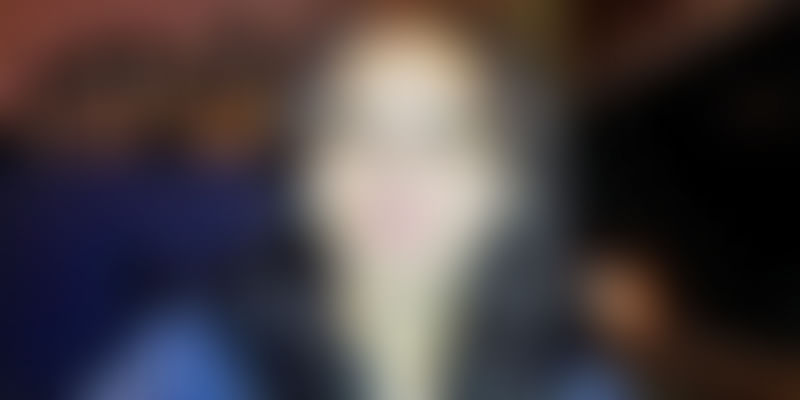 Yamini Dhote was bitten by the entrepreneurial bug after her engineering graduation in Jabalpur and completion of her Master’s in high voltage. She loves conscious shopping and actively scouts for discounts and offers. When she got married she found it difficult to get a good deal on furniture and that made her run around from HomeTown to HomeStop to HouseFull .

That is what got her started with her first venture in 2011 called DiscountBox.in. She says, “Most of the eCommerce companies need visibility and want to increase sale at the lowest possible cost. On the other hand shoppers too want to save as much as possible. Performance marketing serves both so I co-founded DiscountBox.in a couple of years back. DiscountBox.in provides discounts and coupons; but wanted to go beyond that so I thought of providing cash back as well and with this thought Cashable was born.”

She told HerStory, “I was looking for opportunities or gaps in eCommerce since last year and formally decided to go ahead with this idea in August last year. The product was developed within a couple of months and we launched it in November 2014. Within a month we partnered with 500+ top eCommerce companies including Amazon, Flipkart, Myntra etc. We are rapidly growing our network to support the rest of the eCommerce companies.”

At present she works with a team of four co-located in Pune and Bangalore. Yamini Dhote and Amol Ghormade are co-founders of DiscountBox.in and also Cashable. Yamini is responsible for content and transactions management on Cashable.

What keeps her going?

Things she has learned in her entrepreneurial journey:

It is never too late to start-up

Think ahead, fail early, correct wrongs and move ahead as quickly as possible

She says, “Our journey has been about failing and learning from it. With the launch of DiscountBox.in we thought technology is the most important thing for any tech business and did not focus much on marketing and other aspects. We learnt the hard way that marketing is as important as technology. Choosing the right channel for promotions is also important. We have made a couple of mistakes here as well and are still learning from them. People and team are also important for successful enterprise. So, to conclude, get the right balance of product, promotion and people and you have more chances of being successful.”

As India is rapidly shifting from eCommerce to mCommerce, 20 per cent of online shopping happens via mobile and it is growing rapidly. Yamini plans to launch a cashable mobile app so that shoppers can shop from their mobiles and save too. She says, “Online shopping in India is at a nascent stage as of now but it is estimated to touch USD 34 billion by the end of this year. Indian shoppers are very cost conscious and make buying decisions based on cost. As many as 85 per cent of online shoppers in India use discounts and coupons . Cashable offers discounts and coupons along with cash back and referral commission too. This provides a huge saving opportunity for online shoppers and this is the opportunity we are going after.”