Do you know this Indian gaming startup that conducts cricket meetups in Pakistan? 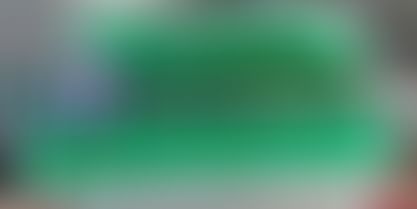 114.4 million people tuned in for the Super Bowl XLIX on February 2nd and the numbers had people in a tizzy thinking about the scale. But today, the India v/s Pakistan game is being watched by more than a billion! The cricket world cup and the probably the biggest rivalry in cricketing history has an intensity which is hard to fathom. Although the biggest rivalry, the love for cricket also unites these two nations which have had a troubled political history. Cricket has been a reason for many fights but it has also led to incidents of union. And amidst this event of gargantuan proportions, we'd like to tell a small story about a gaming startup from Hyderabad which has a presence in Pakistan.

The game has its roots which can be traced back to 2005 but it was launched in 2012. Founded by Kashyap Reddy and Rishav Rastogi from Hyderabad, the company boasts of over 50k monthly active users now. "We've expanded the Hitwicket team a lot over the last few months and we are 9 now, with people from IIM-C and IIT-D joining us," Kashyap shared with us over email earlier last month.

Offline meetups have played a big role in gaining traction and keeping the community engaged and earlier in January, HitWicket also went to Pakistan. And today, looks like an opportune time for us to showcase this:

Hitwicket users in Lahore organized and sponsored the event themselves and this says a lot about the kind of loyalty a product can evolve if the users like it. Hitwicket has been completely bootstrapped from the funds they generated from a few services projects they did. Post lunch, the growth has been gradual and they're also on Android now. Apart from their flagship game, Hitwicket is also looking to build more games around cricket now.

And in the Indian subcontinent, this makes a lot of sense. Games around cricket also plays a role in increasing mobile app adoption and making users comfortable with paying online. The Hitwicket app works on a fremium model with in app purchases worh Rs. 50.00 - Rs. 1,125.00 per item. Octro is another very Indian example. It is a venture funded company that sprung forth with its card game app- Rummy.

Coming back to cricket, as a run up to the World Cup, we carried a list of apps that can come in handy for a cricket fan. There have been efforts like Chauka which wants to be a Cricinfo for amateur cricketers, and more recently, Real Cricket 2014 which got more than 150k downloads in a month and Matchup Cricket which has more than 10k monthly active users. Matchup Cricket also went vernacular and looking at the factors involved, it makes a lot of sense. In the times to come, one can expect more activity with sports related startups.