Only 2% of Indians trade in stocks, these ex-hedge fund managers want to change the scene 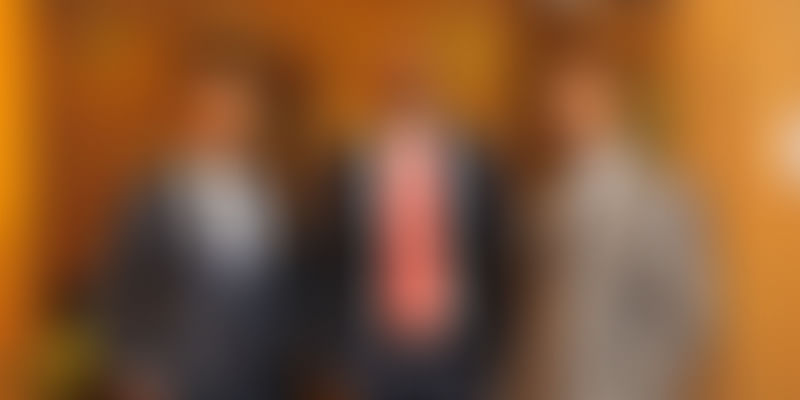 “Only two per cent of Indians trade in stocks and this includes mutual funds. It’s ridiculous!” exclaim, Raghu Kumar, Co-founder of RKSV. Having grown up in the US, where close to 40 per cent of the population trades in stocks, Raghu and his brother Ravi Kumar identified this as a huge opportunity. Yes, the dynamics in India are very different and it does not really make sense to take the US as a reference but with growing internet penetration and infiltration of technology, things are at an inflection point. And so the brothers teamed up with Shrinivas Viswanath, who is the technology firepower at RKSV, to come up with an online stock trading platform for Indians.

The story behind starting up

The co-founders have a background with the right mix of finance and technology. Graduating from the University of Illinois Urbana-Champaign in 2006 with a major in actuarial science and finance, Raghu started with working in the fintech space in US. Ravi Kumar, Raghu's elder brother had already worked with a couple of technology giants and was honing his skills with trading. Combining their interests, the duo tried starting up a hedge fund but had to shut it down because of the economic meltdown in 2008.

Before co-founding RKSV, they were involved in developing trading models for a proprietary trading firm. Proprietary trading (also prop trading) occurs when a firm trades stocks, bonds, currencies, commodities, their derivatives or other financial instruments with its own money (as opposed to depositors' money) so as to make a profit for itself. So RKSV made algorithms that traded automatically according to market conditions with an end goal of making more profits. After the meltdown, the rules in India were changing and it became easier to start up a prop firm here. Since they had already shut down their operations in the US, they decided to give India a shot and started RKSV as a proprietary trading firm.

The goal was pretty clear from the beginning; the prop firm was only a beginning. “We wanted to enter brokerage at one point because it offers more scale and exit options,” says Raghu. After three years, in January, 2012, RKSV ventured into retail trading with the goal of disrupting the brokerage industry by bringing down costs associated with online stock trading.

“We're essentially a technology company,” says Raghu. This is what every startup wants to be at the moment but RKSV has the meat to back it up. Within two years of launch, RKSV has more than 25,000 customers who are trading on the platform and a daily transaction volume of Rs 4,000 crores. “We want to provide a simple platform that makes it convenient for an Indian to trade in stocks online,” says Raghu. In essence, RKSV is a low-cost, technology driven stock broker in India with memberships with the NSE, BSE and MCX.

In a country where only about 10 per cent of the population is internet savvy, offline still rules the roost. RKSV's biggest competitors are companies like ShareKhan which have brick and mortar touch points across India. But 10 years down the line, will this be the case? It’s unlikely. And that is what RKSV is working towards. With a team of 80 based in Mumbai, RKSV wants to keep things lean and push the online envelope. Zerodha is another player in the purely online play that has had an impressive growth story. But the market is huge and wide open for players to come in and change things.

Some of the biggest impediments for online trading brokers are:

1) Educating the customer about online trading

3) Figuring out the correct pricing plans to lure users

For RKSV it has been a learning curve. “We've tried out various online marketing strategies but nothing works better than word of mouth. We've been growing the hard way but that is how it is. Users gained this way stick,” says Raghu. RKSV is pulling in users on the basis of low brokerage fees with their various pricing plans and retains a customer via the experience.

RKSV is bootstrapped till now but is now in discussion with investors to fuel the next phase of growth. With a solid team at the helm, good experience and an encouraging response from the audience, RKSV is a startup you might hear about more often in the coming times.

Update: The wordings in the article were changed after two hours of publishing to clarify that INR 4000 crores per day is the 'daily transaction volume'.