Not going green may just be better than ‘greenwashing’ 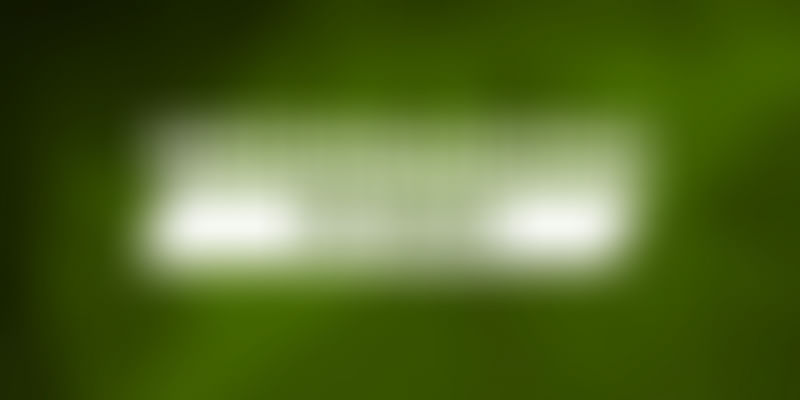 It’s a normal human tendency to circumvent rules – especially if the prescribed process is tedious, or if one is needed to perform it perforce (by compulsively following laws and regulations). Circumventing regulations, and appearing fashionable at the same time, is a folly one can easily fall prey to. With “green” fast becoming the new “black,” this tendency to appear trendy takes the form of “greenwashing.”

Rank a Brand asserted that “a large number of the fashion brands create the impression that they are doing the right thing for sustainability, but then fail to produce relevant and tangible information about the action they are taking.” The prevalent trend of hoodwinking consumers made the organisation place 30 per cent of brands surveyed on a Greenwashing Alert.

“These brands appear to talk about sustainability rather than taking positive action. They run the risk of being accused of greenwashing. Ultimately, that could turn consumers away from them,” the study remarked. The dozens of brands on the Greenwashing Alert list included Louis Vuitton, New Yorker, Hugo Boss, Hollister, DKNY, Hush Puppies, Michael Kors, Fossil, Jockey, Triumph, Chantelle, Bugatti Shoes, Columbia, Marc Jacobs and Pepe Jeans.

What the Rank a Brand website had revealed is nothing new; the term “greenwashing,” in fact, is almost 30 years old, as old as the contemporary environmental movement itself. It was sometime in the mid-1980s that American environmental activist Jay Westerveld had put up in a hotel in the South Pacific. He came across a card in his room that said: “Save Our Planet: Every day, millions of gallons of water are used to wash towels that have only been used once. You make the choice: A towel on the rack means, ‘I will use again.’ A towel on the floor means, ‘Please replace.’ Thank your for helping us conserve the Earth’s vital resources.”

It didn’t take long for Westerveld to get the irony. The “save the towel” campaign of the hotel didn’t wash with him, because hotels waste a lot of resources in many other ways, especially in extravagant use of water. The activist put his thoughts together in an essay, coining the term “greenwashing” in the process. The term was his, but the concept of greenwashing predates this essay by about two decades. Talking about environmental issues had become quite popular and fashionable in the 1960s, after Rachel Carson wrote the ground-breaking Silent Spring in 1962. Companies started using advertising to promote a green image, that prompted Jerry Mander, a former Madison advertising executive, to call this new form of advertising “ecopornography.”

This form of building a corporate image became more rampant over time, but so did the movement to counter this practice of conjuring up images. In 1991, a study published in the Journal of Public Policy and Marketing (of the American Marketing Association) found that 58 per cent of environmental advertisements had at least one deceptive claim. It was only a matter of time before the term would become official: in 1999, the word “greenwash” was added to the Oxford English Dictionary. The word was defined thus: “disinformation disseminated by an organisation so as to present an environmentally responsible public image.”

There are other, more persuasive, definitions too. US-based watchdog group CorpWatch defines greenwashing as “the phenomenon of socially and environmentally destructive corporations attempting to preserve and expand their markets by posing as friends of the environment and leaders in the struggle to eradicate poverty.” It is also defined by the group as “any attempt to brainwash consumers or policy makers into believing polluting mega-corporations are the key to environmentally sound sustainable development.”

The phenomenon was there, and so was the need to understand it. In 2007, in an effort to describe, understand and quantify the growth of greenwashing, TerraChoice Environmental Marketing launched a study of environmental claims made on products carried on category-leading ‘big box’ store shelves. The study identified six patterns in greenwashing, and came to be called the Six Sins of Greenwashing. Two years later, TerraChoice released a follow-up study, the Seven Sins of Greenwashing, to present new and significant trends. The issue is contentious, so much so that even the TerraChoice study has been described as a form of greenwashing.

The seven sins were:

With environmental chicanery doing more damage than ever before, environmental group Greenpeace launched a website Stop Greenwash in 2008 to “confront deceptive greenwashing campaigns, engage companies in debate, and give consumers and activists and lawmakers the information and tools they need to … hold corporations accountable for the impacts their core business decisions and investments are having on our planet.”

The organisation was clear about the concerns:

Some businesses are genuinely committed to making the world a better, greener place. But for far too many others, environmentalism is little more than a convenient slogan. Buy our products, they say, and you will end global warming, improve air quality, and save the oceans. At best, such statements stretch the truth; at worst, they help conceal corporate behavior that is environmentally harmful by any standard.

The average citizen is finding it more and more difficult to tell the difference between those companies genuinely dedicated to making a difference and those that are using a green curtain to conceal dark motives. Consumers are constantly bombarded by corporate campaigns touting green goals, programmes, and accomplishments. Even when corporations voluntarily strengthen their record on the environment, they often use multi-million dollar advertising campaigns to exaggerate these minor improvements as major achievements.

This particular Greenpeace site has been inactive for a while, but the organisation’s 1992 publication The Greenpeace Book of Greenwash remains a seminal study of the issue.

With compulsions to be “green” more compelling now, so is the propensity to circumvent laws and regulations. But as the Greenwashing Index created by the University of Oregon argues: the practice is bad for the environment, consumers and, ultimately, for the very businesses doing the greenwashing — whether they mean to or not.