From Kashmir to Kanyakumari, Gaurav Siddharth rides on his bicycle 'Bawri' to find his inner self 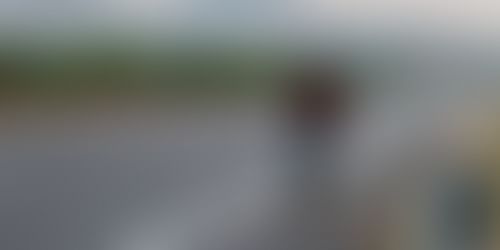 "There was a sense of fear and foreboding. Here I was in Srinagar, where it was raining and snowing, feeling dead tired. I had reduced the weight on my back and yet all I could feel was overwhelmed by the weight of my decision and unprecedented fear," says Gaurav Siddharth, who is set on this mission to cover a distance of over 4000 kilometres from Kashmir to Kanyakumari on his cycle.

A freelance UI designer based out of Delhi, Gaurav had decided to do this run on his bicycle with no planning and with just the thought that he wanted to do something different, challenging and difficult. "I was thinking of the mundane everyday life we lead in Delhi. In a month you easily spend close to 30,000 to 40,000 in your rent, transport, bills and everyday needs. This got me thinking, why don't I spend the same amount doing something different,” says Gaurav in a chat with Yourstory.

While he could have chosen a bike or done a road trip, Gaurav chose to do this trip on his bicycle. When you ask him why, he shrugs and says with a smile, "Because I wanted it to be tougher, I wanted it to be physically challenging and have some meaning." Initially, Gaurav decided on taking a regular cycle."I haven't ridden a cycle in my life, so my friend advised I ride the bike once in the city as a trial. So I did! After which, I decided to pick the geared bike. But I didn't break into it, I rode it only in Kashmir next," says Gaurav.

Hauling the cycle with him in his train compartment, Gaurav headed towards Kashmir. After three days of travel, when he reached Srinagar it was raining so he decided to start the next day.. Unfortunately, the next day too it was raining but Gaurav did not put off his ride this time. "I haven't cycled more than two kms in my life and now I had close to one quintal of gear on my back and I was cycling in pouring rain. I was struck with fear. At one point, I remember taking off my jacket and lying down on the bench and let the rain simply pour down. That day was difficult. I even thought of pushing my bike in front of a truck on the highway and heading back home," says Gaurav.

But what kept him going was his motivation. "The thing is, when you finish 20km today and the next day you pick on and finish 30km, you want to keep trying. It's about motivating the mind. You keep seeing things, meeting new people and you want to go further and then you keep moving ahead," says Gaurav. As of now, Gaurav can ride close to 120 km in a day, and has christened his bicycle Bawri.

However, the next day Gaurav got rid of more than half of his gear, the extra bed sheets he had carried, extra toothpaste, the extra food, everything that wasn't essential for the journey. "You realise that these things are just not needed, you just need to travel light. Everything is available on the roads and highways," adds Gaurav.

There are several experiences that Gaurav has chronicled so far, and an account of his daily experience is recorded on Facebook. Talking about his experiences in Kashmir, Gaurav says, "The whole region is covered with CRPF, who are extremely helpful. The region is beautiful, the landscape changes gradually, even the taste of water changes from one place to the next."

While there have been several experiences and some of the truly memorable, Gaurav talks about a few that have remained close to his heart. "When I was in Kashmir, I remember asking for directions. I think some people led me down the wrong way. Maybe they wanted to steal or rob from me, but then there was this other guy who took me home, gave me water and even gave me a huge packet of Kashmiri walnuts."

A small snippet of his day two of riding in Kashmir: "Started raining after five kms, steep roads and it is a daunting task to keep on the roads. There were a dozen pitch white peaks and on the lower point of the Valley you could see the source of River Jhelum." After his leg in Kashmir, Gaurav moved to Jammu; "from Jammu the heat begins to pick up," adds Gaurav.

Knowing that he has been on this trip all the way from Kashmir, people have been very helpful. In Punjab, he says, "One of the security guards, who knew of my my journey, gave me a marigold sapling and a fancy salute." Citing another incident, Gaurav says, "Petrol pumps have been my source for water as they have coolers there. So in Madhya Pradesh, I stopped at a pump and asked for water. While the boy was getting me water I got chatting there, and when the guy found out what I was doing, he ensured I got icy cold water. There are numerous such small incidents that I simply can't forget," says Gaurav.

After Punjab and Haryana, Gaurav recouped himself at Delhi, from Delhi he went to Lucknow as his mother was unwell and after a few days he resumed his journey. "Fortunately, I touched Vrindavan during Holi. The experience is simply mind boggling. The whole city celebrates, they are throwing flowers, gulal and water... I simply loved it," recalls Gaurav.

Also read: One woman, one bike, nerves of steel, and a 5453 kilometre journey from Kanyakumari to Leh

After touching Uttar Pradesh, Gaurav's Facebook entry as of day 17 says, "The language gap has started to widen, the language is Hindi but the dialect is Bundeli." But it was only after touching Telangana after Maharashtra did the language barrier actually hit him. "Everything changes in South India, the landscape, colour, food everything changes. It's very different and has its own beauty," says Gaurav.

Citing an unforgettable experience in Telangana, Gaurav says, "I wanted to reach a village by night but it was getting dark on the highway I couldn't see a thing. I soon spotted a stable and asked the hand if I could sleep the night there, due to the language barrier, he sent me to this other shed." Gaurav adds laughing, "I missed my bedsheets when I saw the place, it was filthy, I was sharing it with three other people and it was unpleasant. So I got the wheel of my cycle, put my rucksack on top of it and used it as my pillow," says Gaurav.

Till date, Gaurav has passed through Kashmir, Jammu, Punjab, Haryana, Delhi, Uttar Pradesh, Rajasthan, Madhya Pradesh, Nagpur, Maharashtra, Telengana, Andhra Pradesh and now Bangalore. From here, he will be heading to Salem, Madurai, Dindigal and ending the journey at Kanyakumari.

Has he changed as a person? "Yes, of course! I have become more patient and calmer," laughs Gaurav. He also adds, "It has taught me the power of the human mind. Your brain does what you tell it. Your body doesn't give up, it's your mind. And when that happens your limbs fail. But any human being is capable of anything if they put their mind to it. Like I said I had no training before I went on this journey, I just didn't plan I just went ahead and took the plunge. The human mind has power that people do not realise," adds Gaurav.