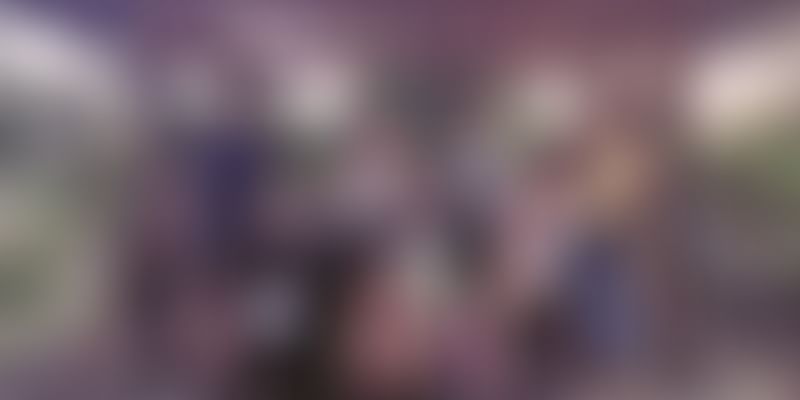 Away from the glitz and bling of Bangkok and the picture perfect beaches of Phuket, there lies a small region called Amphawa in Thailand which is frequented by tourists, mainly for its floating market. This floating market has many canals lined by houses which double up as small shops or hotels and the canals merge with the Meklong river. Not too far from here live Noo and Jo, a Thai couple. In Amphawa we met travel entrepreneur Michael Biedassek. We tripled on a rickety motorbike the next day on the newly built roads of Amphawa to meet Jo, an artist who loves to farm. To keep up his love for painting, Jo has set up an organic farm in Preak-nam-daeng where he and Noo do art and farming. They have a pond and a farm which houses a gallery where most of Jo’s work is displayed. Outside, they have a farm which is open to volunteers who spend weeks here in return for food and stay. Noo and Jo teach them local organic farming techniques and together they maintain this small farm.

One sees technology being used for multiple things and sometimes you feel that humans have become slaves to it but there are instances where your faith is restored. The NooJo farm is one such place. Volunteers come to know about the opportunity via Wwoof (Worldwide Opportunities on Organic Farms), an information exchange network for volunteer workers and organic WWOOF host farms.

Originally called ‘Working Weekends on Organic Farms’, WWOOF came into being in England, in Autumn 1971, when Sue Coppard, living and working in London as a secretary, recognised the need for people like herself who did not have the means or opportunity to access the countryside and support the organic movement. Since then, the network has been growing and it now represents a highly functional website which is fulfilling dreams the world over.

Jo could have given up on art but his passion was strong. It took him time and the journey was long but he worked hard to get a piece of land and set up the art farm a few months ago. Noo started running a coffee cafe on weekends so that they could generate more funds for the art gallery and the farm. During our visit, we met two graduates working there as volunteers. It was interesting to know how they were communicating. “We have bonds stronger than speech,” Jo smiled and told us in Thai.

There are WWOOF network farms in India as well and they are a great example of how technology can create meaningful bridges between the so called ‘developed’ and ‘underdeveloped’ worlds.

In the meanwhile, if you happen to be in Amphawa and want to work on a farm, look up NooJo. They intend to grow a lot of veggies, raise chickens and create a lot of art and would welcome helping hands!