'I was turned down by more than 52 angels and funds': the story behind Orobind’s funding 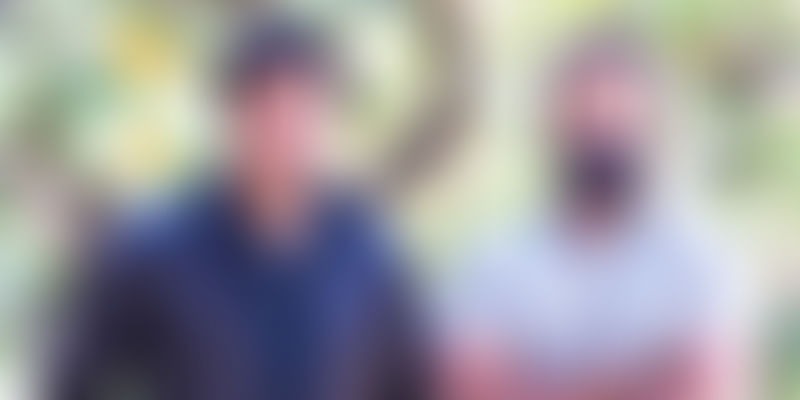 Recently the Indian start up media was full of headlines stating how a start up raised 200k within 3 months of their launch. But what happened behind the scenes? No one revealed those details. So here is our brief story, and a few pointers that fellow entrepreneurs can keep in mind while raising their angel rounds.

We didn’t actually raise the funds three months from our launch — we closed the round three months post our launch. Both are different. We had been trying to raise a larger round of funding since September’14.

I was turned down by 52 angels and funds (yes, I wrote all the names in an Excel sheet) for various standard reasons — no precedent in US, market size, blah blah before finally closing the round.

We also went agonizingly close to going bankrupt at least two times and I tried all I could to keep the company capitalized — a) asking my friends to invest in the company b) making customers invest in the company c) living on partial or no salary at all for a good three months, missing EMIs and living completely on debt. In fact I can write an entire blog on how to exist without any money in this age ☺. Anyone who has ever started a company knows that the first 12–18 months are a struggle to survive. We were no different.

During this entire period there was at least one instance where Shubhanshu and I discussed the idea of may be letting everyone go and just getting back to a team of two and start from scratch. Sanity prevailed and we didn’t do that. We delayed the salaries but kept the team close. The best thing during this entire period was that Shubhanshu and I were more determined than ever to pull this off – as if the rejections were fueling our ambitions.

Out of ample cold emails and LinkedIn requests that I had sent all this while, Zishaan accepted the request to connect and gave me a time to meet. I took the bus from Bangalore to meet him at Aroma’s cafe in Powai. The meeting was good but did not lead to an instant decision. In the meantime, my brother introduced me to Harpreet around the New Year. After a brief call over the phone, I could sense that may be Harpreet could invest.

But the timing of the call wasn’t the greatest, as we were getting in to the holidays. Except us. Who were fighting to live another month. Everything dried for the last two weeks of December and the first week of January. When everyone got back from their holidays, the work resumed and things started moving again. After umpteen calls, meetings and hard sells, I finally got a message from Harpeet, while in the gym — committing to lead the group of angels to fund. This was a huge win. It was extremely critical for us to get Harpreet on board as he indeed rallied a group of angels and connected us to right people.

But his share would have given us a few months of survival and limited execution of our plans. We needed Zishaan. We wanted him. The courtship with Zishaan was continuing in the meanwhile, with four meetings, two long calls, WhatsApp and Facebook messages and enormous amount of hard selling in between - to the extent that I thought after the meetings that may be I have pushed it too far. Never mind. Finally, I got a call from Zishaan one afternoon and he committed to invest. What a relief!

Immediately I called Shubhanshu and gave him the good news. Over the last few months I had been practicing detachment and equanimity, even then I must say I was very happy. I decided to take a drive, have a cup of tea and let it sink in. The joy was of seeing that survival would not be an issue at least for a while, and we could all work together as a team to execute our plans.

So there you go, a very brief story of how we actually ended up raising our funding. Also there are a few learnings, which I feel can be of value to fellow entrepreneurs.

You will be surprised how many things fall in place if you just pick up the phone and ask. As a sales guy, cold calling and emailing comes naturally and I take it as my duty. It is not the approach with the highest success rate and you will see ample blogs from VCs in the West asking you to stay away from it. But trust me — don’t ignore it. People are highly accessible these days and they will read your tweet or email or answer your call. We got connected to Zishaan through a LinkedIn mail and that changed the entire story for us.

I realized it very late, at least after attending two conferences that they are just meaningless. Just the whole idea of running behind a few people, trying to pitch them your idea was totally ridiculous to me. It reminded me of my days at IIT where students used to surround the profs to get an extra mark here and there. It was only when I asked my brother to dig into his network of IIT-B alumni that I got to meet Harpreet — getting Harpreet on board was the most critical thing in our fund raising process as he rallied other angels along with him.

This was the biggest mistake that I committed, which almost killed our startup. Gosh. Stupid — when I look back. Fundraising is NOT an event. It is something that you as an entrepreneur always keep doing. Don’t tie it to an event or a milestone — if this happens I will start raising or after so many months we will make a pitch and start raising. It doesn’t work that way. Fundraising takes time and one should definitely take out time to build genuine connections. Always be raising.

There are some models which inherently don’t reveal how one can make money. But these are very very rare and few. Like Facebook. In most cases, if you look hard you can always build a business model right from the start. In our case, this was something that prevented the lights from going out on us. We kept rotating the cash that our customers were paying to us to pay our coaches. We broke down the ‘cash in and cash out’ on a week on week basis — this also built a strict discipline around cash management in the company. And shying away from giving things away for free. Hope we continue to live and build on this discipline from here on.

Before my second meeting with Zishaan, I sat down one evening at a Starbucks in Mumbai and jotted down the Plan B, just in case we don’t get the funding. My Plan B was to sell my home back in Jaipur. Now, it might seem like a big deal but for me it was a simple financial decision. Book profits and invest the returns on a strong team. I was completely willing to invest the amount on my team and myself. I had put the house on blocks at all the leading real estate portals and spoke to my parents. It was a very very tough decision but was the right thing to do. Luckily, at the last moment we closed the round and the house was also saved. The EMIs are still pending though ☹.

This I feel is the most important question to answer for anyone looking to start up. You should always know ‘why’ you started in the first place. If you know the reasons (and are at peace with them) — whatever your reasons be — you will be able to endure through the tough times with grace, pride and even passion. In our case it was probably the guiding light of sorts — helping us to stay positive amongst all the rejections we were facing. It also helped us take a few hard calls in tough times.

There were a lot of interesting stories in between — like one of the angel investor’s cheque bounced ☺. One investor who met me listened to everything -- and went ahead to fund another company in fitness listing space.

So many stories to tell. Some other time may be!