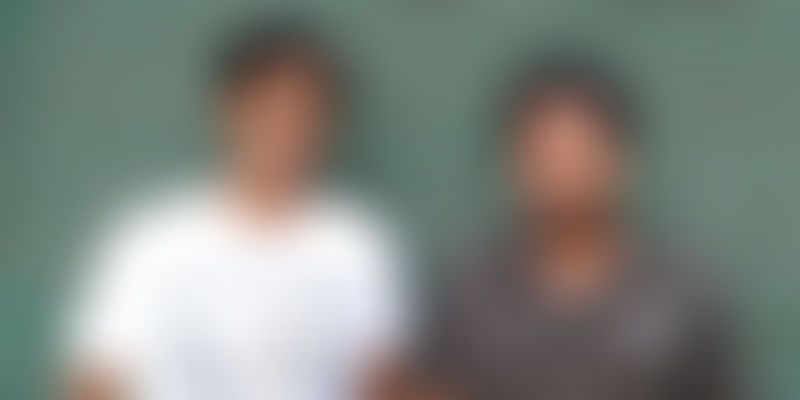 How many times have you started reading online books intending to finish reading them in one sitting, but ended up opening multiple tabs and forgot what you were reading in the first place?

Have you ever watched ‘Harry Potter’ and wished that your newspapers and books could also have moving photos?

Have you wondered how amazing it would be if you could see the chocolate waterfall and the candy grass lawns described in your copy of ‘Charlie and the Chocolate Factory’ instead of just reading about it?

Satvik Shahapur and Sunil Pissaye believe they do have the answer to your questions – their digital publishing platform, Press31. Through Press31 the duo want to redefine digital storytelling by making the whole process of reading online interactive and engaging.

Once upon a time

Both Satvik and Sunil are voracious readers and passionate about technology because of its ability to bring simplicity to all processes. Sunil finished his MS in Software Engineering at CMU and joined Togetherville, which was acquired by Disney. Satvik comes with a strong background in online marketing, having worked in the online space from early 2007 and with the experience of having started two ventures so far.

Satvik and Sunil had been classmates in 12th and had worked together in 2007 in a digital marketing company. In Oct 2013, while speaking about how the world was moving towards touch screens, smart watches and interactive displays they realized that digital books continued to be in the form of plain text with no features to proactively engage the reader. There have been attempts to innovatively digitize books but many are focused solely on the idea of transcribing content to an online format e.g. Qpeka or Coverpage.

And then they thought of an idea

Although the two founders wanted to focus on a developing a whole new disruptive way of showcasing stories, they also wanted to work towards the larger vision of revolutionizing the digital publishing space.

They decided to construct a B2B channel in January 2014 to create a revenue-friendly business model. After six months, they created a B2B platform and reached out to SMEs, corporate and builders with their proposal to redesign catalogues and reports. Their offerings went beyond the usual flipbooks, slideshows or flash presentations that were larger files built using relatively expensive software. Press31’s creations were light and followed the same concept as a motion picture – seamless integration of multiple clips – to create interactive, moving content with embedded features – bound within the book itself with no need to exit while reading. Also, Press31’s content is easily viewed and loads quickly on all devices, including mobiles and tablets.

They now have a client base that includes Jain Hospital and one of the leading IT services providers in India. Mantri Developers, one of their clients, has even opted for a yearly contract. Earnings from the B2B channels are being directed towards the creation of the B2C platform that will be available to all interested writers and authors who can publish their work and ideas online with relative ease.

They faced a few challenges

At the time of starting their venture, Satvik and Sunil were hitting their early 30s, an age where most people are settling down with definite income flows and career growth. The decision to forego drawing a salary for almost a year was a risky one.

Digital publishing, though around for a very long time, has been a very niche segment. The inherent challenge was to explain to the market about the technology and its benefits. It is unlike other verticals where companies can concentrate on selling their product alone, as the benefits of the technology are already well known.

After developing the platform by themselves, they started making revenues within three-four months and touched the Rs. 1 million mark.

They are also very careful about raising external funding. They are very clear about keeping the current focus on delivering a quality product that will add value to their customers and use the B2B services to bring in the necessary revenues. “Funding will be required at the time of expansion and building a more robust backend to support the large traffic that will eventually start coming. Our definitive goal is to bootstrap till such point, and also if possible, fund the expansion costs too. If we are able to self-fund our expansion costs too, that would be golden,” says Satvik.

The founders also have made a conscious effort to avoid taking up projects that ask them to merely transfer print content to online and instead focused on building content from scratch for digital purpose, and turn key projects that challenge their creativity such as their work for Mantri Developers and Wild Side of Me.

And they (hope to) live happily ever after

Press31 is currently bootstrapped; by the next financial year Satvik and Sunil are optimistic about hitting Rs. 3 Cr. mark with revenues. They are also excited about unveiling their B2C platform on April 5. Satvik signs off with a glimpse of the Press31 vision, “Imagine how every knowledge owner can be a published author, create and publish next generation digital books with interactivity, and share their work with peers. Tutorials, stories, novels, catalogues, eBooks, anything that needs to be communicated can be exhibited on Press31. We want to create a platform that will become the largest knowledge platform in the world.”