‘When life hands you a box of negatives; develop them,' says Stella Joyce Machado 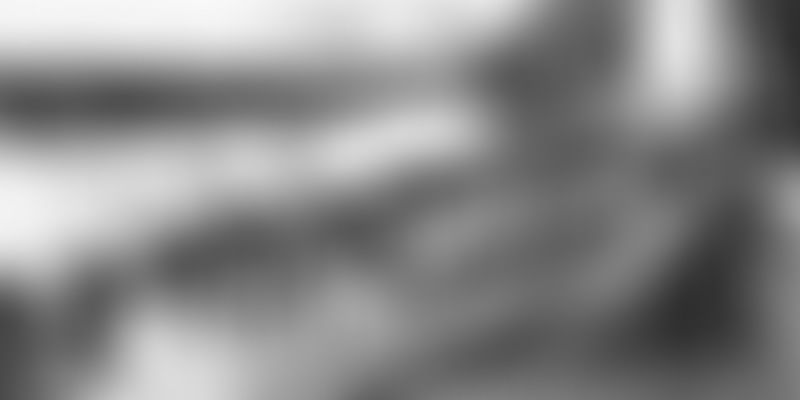 Life is like a camera: focus on what’s important, capture the good times, develop the negatives; and if things don’t work out, just take another shot. That is exactly what Stella Joyce Machado , daughter of the late Amrith Raj, who started the famous Stella Studio in Fraser Town, Bangalore, believes. Her own journey in life is a perfect example.

What made a young girl fall in love with photography?

“My dad, the late Amrith Raj, started Stella Studio on November 11, 1958, when he was in his late teens. The photography business was a blossoming market in those days and he started with printing and developing, especially black and white photographs. Weddings and other events, photographs of factory machinery, group photography and passport photographs were the popular photography needs of those days,” says Stella.

When the late Amrith Raj had his first child, a girl, he promptly named her Stella, after his studio. No one knows why, but probably because of this, Stella,would visit her dad in his studio every day after college hours. She slowly developed an interest in the business, learning the intricacies from her dad’s assistants. She learnt how to handle cameras, print photographs on the enlarger, process films manually and mix the processing and printing chemicals. She also learnt how to print on black and white paper, operate the manual photocopying machine, type bills on a manual typewriter and interact with customers. At times, she was given the ‘important’ job of doing some bank work and making some purchases too.

On November 9, 1988, Stella’s dad suffered a massive heart attack and passed away at a very young age, leaving behind a young widow and seven children. Stella, who was the eldest, was doing her MCom at that time and had to take on full responsibility of looking after her mother and six siblings. In spite of this, she completed her Masters, taught in a college for a few months and went on to do diplomas in photography and videography; finance and small business management. These enhanced her skills and helped her in running her father’s business.

Running the business was a great challenge for Stella in those days when photography was male-dominated. However, she remained undaunted and faced the challenges head on. She put in 16 hours each day to learn the nitty-gritties so that she could stand up on her own.

Says, Stella, “Hard work and sacrifice helped me pull through in those initial and extremely difficult times.” In the year 1978, Stella Studio got its first photocopying machine, a manual Korestat. Following the rapid changes in technology, from analog to Polaroid to digital, Stella slowly added other related services in her studio. These included photocopying services, printing in black and white and colour, laminations, spiral binding and courier services. She also employed freelancers to handle outdoor photography and videography. She had to take bank loans to upgrade her equipment and to buy cameras, automatic machines, electronic typewriters, her first digital studio equipment etc. The banks were good to her and she was able to get the loans in a timely manner.

Realising that she was in a male-dominated business, Stella did not want to be left behind. She slowly started updating her knowledge and skills and started attending a number of programmes conducted by the Association for Women Entrepreneurs of Karnataka, which really helped her. Today, Stella is associated with multiple organizations like Indian International Photographic Council, New Delhi, All India Photographic Trade and Industry Association, Mumbai, Karnatake Photographers Association, BDPSOA and others like AWAKE and Karnataka Human Rights Association.

She usually works from her studio, which has been functioning from Wheeler Road, Fraser Town, Bangalore, for the last 56 years. It is also the only studio in the area for over five decades. Most indoor services are taken care of by her and her assistant. Outdoor photography and videography is handled by a network of professionals and freelancers.

There are many wow moments in Stella’s life and some of these include the first prize the studio received for the Polaroid Display Contest in 1992, recognition by the Photo Studio Owners’ Association for completing 50 years of Stella Studio in the year 2009 (30 years of her dad’s lifetime and 20 years of her own).

book titled, ‘Powerful Lady’ where 80 business women of Karnataka were featured and when her name was inscribed on a stone slab near her studio on July 12, 2011.At the personal front defining moments were when her younger siblings completed their education and settled down professionally, in their personal and married lives and her wedding in January 2011 to Bangalore’s legendary jazz musician Gerard Machado which blessed her not just with the love of a well-known musician but the love and affection of his 10 sisters as well.

“Learning never stops,” says Stella. For her, every single day in the last 26 years has been a learning process. She has overcome numerous hurdles to get ahead. She has been mentored by several people who were kind enough to encourage her and teach her, especially during the days of advancement of technology and innovation. Stella says she never refuses any advice she gets since it helps her to learn and move forward.

What does the future hold!

The studio is neat, clean, nicely decorated and maintained like a beautiful oasis in the mad rush of Wheeler Road. The reason behind this is probably that Stella believes in god and hard work. She has no fears of dreaming big. She is also a social-worker, singer and choir member. She is not just a businesswoman; her primary concern is to make her customers happy and comfortable. It is obvious that financials, though important, take second place with her. Gifted with a warmth and spontaneity, assets that are hard to find in today’s business world, Stella tries to be a friend first, a businesswoman later. It is enchanting to see her going about her business at an unhurried pace, maintaining the values which her dad had started the studio with 56 years back.