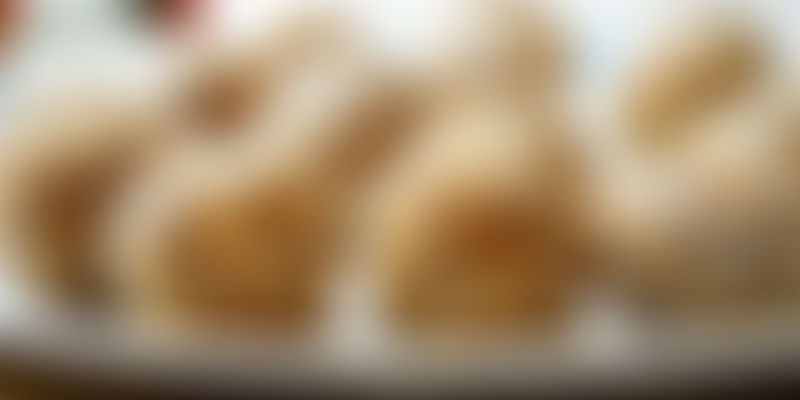 When Abhinav Khandelwal and his wife Radhika Khandelwal found themselves carting about four kgs of Indian sweets and snacks each time from India to Switzerland during Abhinav’s tenure as an IT consultant in Europe, they knew they had to do something about it.

Many conversations later, both realized that the innate connect they felt to their native food was something even their friends and family experienced very strongly. Not only that, some of their local friends in Europe found Indian sweets so delicious, that the couple even received enquires on where the sweets could be sourced from abroad.

In August 2014, they co-founded Sweets InBox (based in Pune), an online platform that offers Indian sweets and snacks, chocolates, cookies from leading vendors across the country and delivers it to your doorstep.

Getting back to their roots

Although the couple conceptualized Sweets InBox in 2012, it took a good amount of time and research for them to turn their idea into a full-fledged online platform. Most of their friends no longer stayed in their native places and yet, they longed for that particular soft ‘petha’ from Agra or crunchy ‘karanjis’ from Pune that they relished while growing up.

The duo also realized that most individuals don’t remember their family recipes for sweets or snacks and being a part of a generation that is constantly short of time, they tended to order the most easily available sweet goods – cakes and ice creams. Abhinav and Radhika’s conviction was strengthened when they found out that Radhika’s father, a sweetshop owner in Bilaspur, was getting requests from customers to send sweets across the country for Diwali. However, because of logistical constraints, he was unable to do so.

Keeping in mind that they were dealing with highly perishable products, the couple decided to only source items that could last for 10 days or more. They also worked with Fedex to ensure priority delivery within three to four working days across India.

The initial hunt to get vendors on board proved difficult. Most owners found it hard to connect to the idea of retailing their merchandise to customers they could not see, especially the older sweetshop owners who had been running their stores for nearly 20-30 years. The younger lot proved to be easier to convince having constantly been exposed to technology and e-commerce. Sweets InBox now boasts of some very famous, beloved names in its delectable sweets and snacks portfolio –

The quality check does not stop there. The Sweets InBox team works closely with its vendors to provide  effective packaging ensuring the longevity of the product. Vendors are asked to add the expiry date on the package and comply with safety standards.

Since August 2014, Sweets InBox has vendors from seven cities with 15 stores in Pune alone. They are hoping to expand to 30 cities within this year. Not only have they delivered across India but also delivered products to the US and have received close to 300 orders in the last few months with 30% of them being extra orders from satisfied customers.

There are a number of players in the space, including Pakumania, Mithaimate, Justrufs and online sweet stores such as Sri Krishna Sweets or Anand Sweets. The couple plan to distinguish themselves by building a strong portfolio of well-known sweet vendors across India and offering customized packages of sweets tailored for festivals and occasions such as Holi. Abhinav strongly feels that this pilot will become successful and hopes that Sweets InBox will become a household name in the F&B domain with its high-quality native products. He mentions that the sweets and desserts market in India is at 9 billion USD growing at 20% per annum and believes that Sweets InBox will be able to capture a sizeable chunk of it.