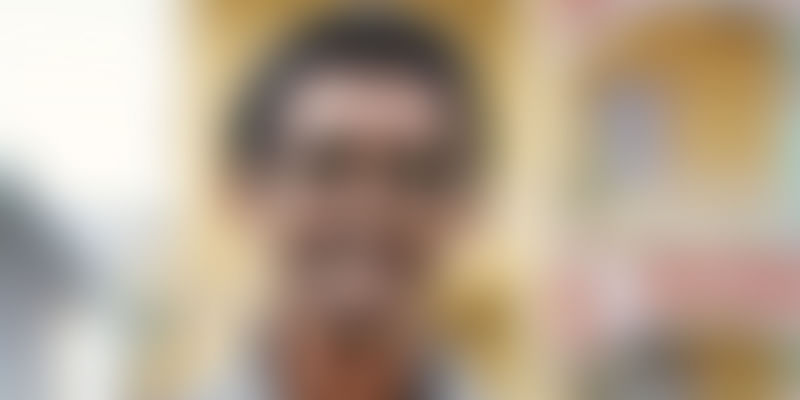 Vikram Vincent is an educational technology consultant and an activist who leaves no stone unturned when it comes to freedom of information and equal rights. He is also a fitness trainer and a shotokan karate martial artist. This installment of Techie Tuesdays is different because Vikram is not a coder. But the way he has helped nurture the free software ecosystem in the country is awe inspiring. He is one of the founding members of Free Software Movement Karnataka.

YourStory spoke to Vikram about his life, his dedication to Free software and other social issues affecting the society. Here are the edited excerpts.

YS: What is the future of Internet Activism in India and elsewhere?

VV: Internet activism is not the only activism. It should supplement the activism on the streets. A lot of people think they can change the world through internet activism. Maybe there are success stories, but those are limited in perspective because they don't change the root causes which actually led those problem to pop up.

Movements like the Umbrella Revolution and Net Neutrality experienced a respectable degree of success. But those successes only managed to check the growth of the symptoms, not the root problems themselves. Net neutrality is important but it has not been implemented because the Government has to undertake policy changes. If you look at the latest elections and the statistics, BJP claimed a funding of 170cr of which 90% were from corporate sector. How can the government remain impartial in this circumstance?

What we need to understand is that until people get on to street and until are willing to sacrifice something personal (for example time) we won't have any major changes. Internet activism will get you something, may be it will help you in communication. But it won't change things fundamentally.

YS: To what extent do activists think about the cons of the implementation of their causes (like Bharat Bandh and the economic repercussions of it)?

VV: Contradictions are inherent in a system and has been there throughout history. You cannot separate the pros and the cons when you are trying to make a difference. You can only engage with it.

Even the free software movement doesn't promote piracy but it says that we want to change the law that encourages piracy by keeping the costs of digital media to be extremely high. And build an alternate business model so that everybody benefits in this process.

YS: When it comes to Free Software, what is the guarantee that open tools will not be used against us?

VV: I believe that people should have access to knowledge. There is always an inherent fear that it can be misused. Humans are prone to making errors so we have social checks and balances in place. By social checks I mean peer review and peer pressure. The society starts thinking of itself as evolving together.

Society will have new people every day, only the right form of education in repeated iterations will work over an extended period of time, not in one generation. It might take multiple generations to work. So go to the root of the problem always. These are superficial issues.

YS: What is your take on surveillance systems and how do we draw the line between lawful and unlawful intercepts?

VV: If there are suspects you need to have a selective monitoring of those people where you need to pass it through a court of law. You need to get a judge's approval and a warrant to arrest or place a listening device. The government and Intelligence agencies are trying to bypass it by showing that the digital world is fundamentally different. I agree that the medium changes, but human rights don't change. These surveillance programs operate under the blanket assumption that everyone is guilty until proven innocent. This is not the way to go forward. There is something fundamentally wrong with a government which thinks that everyone is a criminal.

YS: But the legal process takes time, which allows the perpetrators leeway and opportunity for escape.

VV: I'd rather have a guilty person escape than an innocent person persecuted. If you see with respect to TADA (Terrorist and Disruptive Activities (prevention) Act), a lot of innocent people were tortured. Same with Guantanamo bay. Innocent people are languishing there for years together without any reprieve, the most inhuman violations are taking place and they have absolutely no way of getting out.

I don't have too much of faith in the medium of appeal because the first level itself says that you are going to go to jail directly is fundamentally wrong. They are inhuman and hence we cannot have such process in place. We need to have more human processes in place.

YS: Does Aadhar help in creating a fertile ground for transforming India into a surveillance state?

VV: Aadhar in its current format is not useful to the people directly but it will aid in a surveillance state.

The Adhaar program is being run by not the government directly itself, which means the particular body is a profit making body. Consequently, that data is the tool by which they make profit. And how are they going to make profit by the data? By selling information which could be metadata - or it could be either be data or metadata. Once that goes in the hand of other people- Where is the security of the individual? Where is privacy?

YS: Since the Snowden leak, the world hasn't changed much. Does this indifference of people is a cause of concern?

VV: Edward Snowden, Julian Assange and Aaron Swartz, even in the Indian context we have several whistelblowers, the guy who exposed the golden quadrilateral scam - Satyendranath Dubey. They hoped that by leaking the data they would change the world or at least change the situation. It is going to take a long time, but when problems do occur (and they will occur because we are living in a fundamentally flawed architecture) this architecture will collapse. Then we’ll need to be in a position to provide alternatives. It might be tomorrow or it might take several hundred years.

YS: What are your views on the banning of the documentary 'India's Daughter'?

VV: Many people in the government may have similar views as what the rapist conveyed. There is no point in blocking the documentary. The moment you block it, it is actually being shared way more. A lot of people have downloaded it. They are distributing it over pen drives and multiple people are uploading it again and again. So more people can see it and even if it gets blocked, it doesn't matter really.

YS: But there were a lot of illegalities in the documentary?

VV: You will have to notice the idea of the fundamental contradictions within the systems. The Watergate scandal was exposed by the capitalist media, a body traditionally not known for having the public’s best interests at heart. But in order to make more profits they actually exposed Nixon. They felt that he was not sufficiently in their favor. And here too the media has a role which is to be the fourth pillar of democracy (freedom). It is for the government to decide on the legitimacy of the permissions the sought. There is a process for it. But the fact that the documentary exists means that you are able to have a debate and critically examine it.

YS: So are you saying nothing should be banned?

VV: Simply banning it doesn't make it go away. Why do these things actually happen first of all? Even drug abuse people can keep the drugs with them, like kiosk which provide sterile syringes. And next to it have a counseling centre as well. Because if you don't provide them legal means they are going to buy syringes illegally. They won't even buy, but they are going to share syringes. They are going to transmit diseases by this way and they won't even have legal access to help.

You are compounding the problem. Banning doesn't really work. There are open ways to deal with it. I always come from the thought process that education is the best way forward, you educate people and give them the critical thought process tools that will enable them to take empowered decisions.

YS: Regarding Sec 66A of the IT act, how can someone decide what is offensive and what is not. What is your stance on this?

VV: Sec 66A is just an implementation of 'We tell people you cannot make defamatory speeches in public. You can express your opinion, but you should be able to defend it’. The first question we need ask is why are the punishments higher if it is on a digital medium? And they have to examine it in particular context. It is brand new and there is a lot of scope for it being misused. There has to be a legal process. You can't just send a cease and desist notice. What is happening now days is that someone just sends you a mail and you take off because you are afraid of what will happen next.

YS: What are your plans for the future?

VV: I am trying to utilize my skills of being an Educational Technology Consultant(ETC) to influence systems to change.

My work with FSMK is voluntary, I don't get paid for it. As long as I can sustain myself in terms of the energy and the timelines, I will do it. When I am unable to do it I will step back and let somebody else take over. I will give it time and energy as long as I am able.

YS: What did you want to do when you were a teenager?

VV: I wanted to join IIT for my BTech. I eventually made it there for PhD.

YS: When you look back on your life, what do you hope your legacy to be?

YS: What are some common misconceptions people have about you?

VV: That I am a nice guy

YS: What is your advice to young people who want to make a positive difference?

VV: Put humanity first and be the best you can be