Why should you care about company culture? 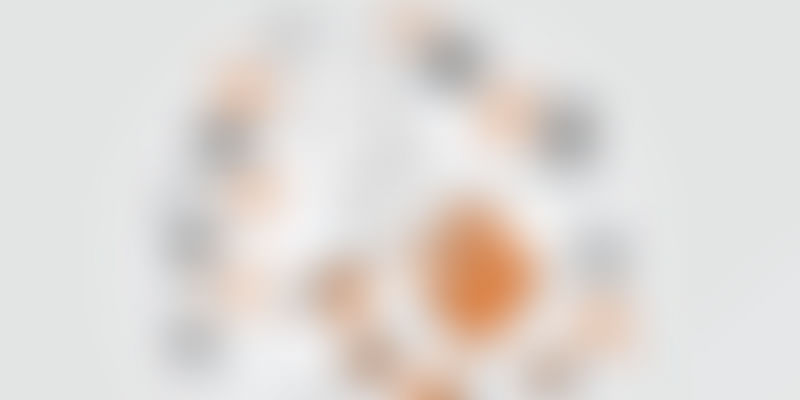 “The only thing of real importance that leaders do is to create and manage culture.If you do not manage culture, it manages you, and you may not even be aware of the extent to which this is happening.”

Lately, a lot has been said and written about company culture and how it’s the single differentiator between industry leaders and laggards. This article tries to delve deeper into the subject and demonstrate how your company culture has a strong impact on your productivity, financial metrics, team morale and, most importantly, staying ahead of the competition.

The ‘three hues’ of business

Every organization has three hues of colour attached to it: red (politics), blue (structure and processes), and no colour or colourless (culture) .Since human beings are egoistic animals by nature, politics is ingrained into every action of ours. Defying logical reasoning, people play politics in companies to satisfy their ego and thirst for more power. In this game, some manipulate and may rise in hierarchy, while others get sacrificed like pawns in the game of chess. This is the ‘red’ part of a company.

The ‘blue’stands for the processes and planning in a company, which have been documented as policies. This is required to make all the components work together as a whole: to build and deliver the goods required by the customer. Depending on the nature of your business, the blue is buried in HR policies, IT policies, manufacturing processes, legal contracts, and organisational structure, capturing the delegation of authority.

Now, let’s look at company culture, which is neither associated with a few individuals in power,nor with a strictly laid out guideline. It is nebulous and omnipresent. Whether you are aware of it or not, it is reflected in your actions, and hence,is ‘colourless’. In general, it reflects how people treat each other, immaterial of hierarchy --what language they use in communicating, how they celebrate success, and what actions they will never take to achieve their goals.

How corporate culture makes ‘all the difference’

Having broadly defined the various aspects of an organization, let’s look at the two most common problems faced by companies today that have a direct impact on productivity:

Let’s see which colour could play a role in easing out these plaguing issues, which hugely impact productivity.

All of us know that corporate meetings rarely start on time,or end at the scheduled stop.Yes, if there is a corporate honcho in the meeting, there is a fair chance that schedules may be followed, provided the honcho himself is time conscious. However, 99 per cent of the meetings are between peers and manager/sub-ordinates. What about the colossal waste of time in late starts and later ends at such meetings? How can you control this? By writing a policy? Well, I haven’t seen a company which gives incentives (or penalties) to employees for coming to a meeting on-time and wrapping up by a deadline.

This problem can’t be solved by the ‘red’ and ‘blue’codes of the organization. This is where company culture kicks in. A culture which promotes respect for everyone’s time, immaterial of organisational hierarchy, creates peer-to-peer pressure where people reach and wrap-up in time. A newcomer in this culture may falter the first few times, but very soon gets the message that “-it is not acceptable to come late”. This without anyone actually delivering the message in speech or writing.

I define email wars as a hysterical exchange of emails between two employees who possibly could be sitting on the same floor with a cc: to the world! However ugly and ridiculous, it is a grotesque corporate reality. Can company politics prevent it? All of us know the answer:No.Political positioning itself is most often the cause of email wars! Can HR write a policy to penalise people who engage in email wars? Well, I haven’t seen one till date.

Here again the colourless culture comes to the rescue. I have witnessed situations when a budding email war is snapped right at the beginning because a senior executive stepped in: called the warring parties in a room and firmly stated -- “We do not fight over emails in our company and I don’t want to see such emails again. If you have differences, meet or talk to resolve”. This one “cultural correction” is good enough for the parties to never engage in email fights again.

Company culture can achieve what no amount of power-wielding and policy-making can. It can improve productivity, increase retention, and stimulate innovation-- manifold. It has a subtle impact on a daily basis, which no number of “power speeches” and “salary hikes” can deliver. Your competitors can circumvent your patents, copy your product features or go-to-market strategy and even poach your people, but if they can’t replicate your (good) company culture, they can’t compete with you.

Leaders ought to ‘walk the talk’

A word of caution before closing…The pitfall in company culture comes when the executives do not practice what they preach. Then it becomesnothing short of a joke. It is not the sort of company culture that you would want to propagate.Because whilst your “culture handbook” talks of certainvalues that you should demonstrate, in reality you don’t live and breathe those values. Therehave been situations where the culture document says “Respect for people” and “Do to others as you would have them do to you”, while what is being practiced by CXOs is “Divide and rule”.

Ray Stata, Founder Analog Devices, has very aptly said, “The hard stuff is easy. It’s the soft stuff which is hard.” And this definitely holds true when it comes to company culture.

So, what’s the one thing in your culture that you think no one can copy?