Digital financial inclusion in India – taking off in 2015 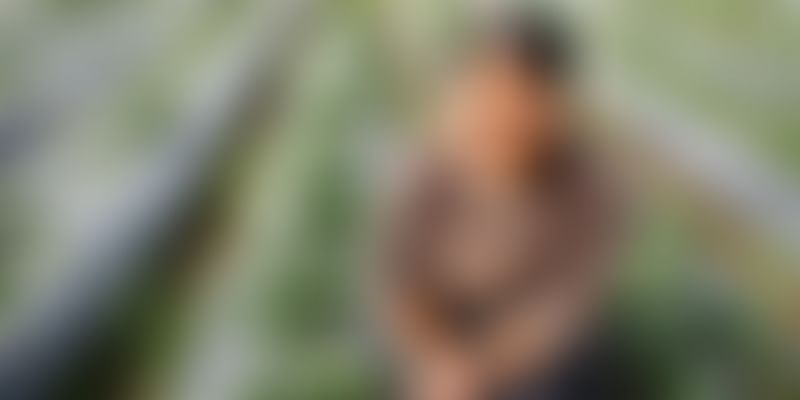 The Indian financial services landscape is undergoing a tectonic shift. The last few years have seen a renewed public focus on expanding financial inclusion. Building off prior programs, the government has invested in regulatory reform, improvements to the banking system, payments, and ID infrastructure. They have also announced a series of programs targeting the bottom of the pyramid (BoP) and micro, small, and medium enterprises (MSMEs). Simultaneously, we are beginning to see real shifts in the adoption of digital technologies and banking services (such as basic savings accounts and smartphones), driven by compelling use-cases, such as government subsidies, delivered directly into bank accounts, and rickshaw-hailing apps that use mobile wallets. Together these trends are unleashing tremendous innovation with the potential to speed financial inclusion for millions.

As investors in early and growth stage “social” enterprises that are speeding financial inclusion around the world, we believe startups are uniquely positioned to navigate this shifting technological, regulatory, and competitive environment. Indeed, financial sector reform in India has had many false starts, and there are still many regulatory and structural hurdles to be overcome. However, we believe India is nearing an inflection point with changes playing out in three areas that are giving birth to exciting startup financial services models: MSME finance, digital payments, and consumer services.

As mainstream microfinance (targeting the poorest) has matured, focus has turned to the country’s chronically underserved MSMEs, where, according to an IFC estimate, there is a debt gap of over $60B. Already, innovative companies like Aye Finance, Varthana, Vistaar, and Kinara Capital have been serving this sector by partnering and building specialized acquisition and underwriting approaches. These changes are being accelerated by the government: last year, the RBI announced a new category of “small” bank that focuses on poorer customers. This year the government proposed the creation of a MSME bank (MUDRA) with a $3billion capital allocation for the sector. Supported by these initiatives, over time, we expect to see more players and capital flow into the space, resulting in a greater volume of lending to the underserved.

In the past, we have highlighted the wholesale debt gap as a major pain point for these kinds of innovative startup lenders. Without demonstrating break-even and several years of track record, it’s very difficult to access affordable funding critical to scale. Players like IFMR and Intellegrow are supporting these lenders along with other entrants, though we think that plenty more can be done here.

On a more positive note, as e-commerce, internet, and smartphone penetration have grown, new data sources and channels are opening up, allowing companies to better reach and serve new customer segments. Companies like CapitalFloat partner with e-commerce marketplaces to access and assess small merchant vendors. SMECorner, IndiaLends, and NamasteCredithave gone completely digital: they acquire potential borrowers online, help them complete an application, and provide them with a range of credit options from different banks.

For a long time, India’s digital payments infrastructure languished, until efforts led by the National Payments Corporation,an entity blessed by RBI and owned by leading financial institutions in India, began to knit together the plumbing that connected banks, points of sale, mobile wallets,and other financial accounts. These efforts have eased barriers to adoption and interoperability issues: volumes through IMPS, a system used to send smaller payments instantly between bank accounts and other digital wallets,reached $1.3billion per month in February (up 13 times since September 2013).

The government has also encouraged a burst of private innovation by promoting payments banks, a new category of Indian banks. The new structure is designed to attract fresh players (that is, non-bank and non-NBFC actors), to hold and transfer money on the consumer’s behalf. Mobile operators, for example, have millions of distribution points for pre-paid credit around the country; they can now be used to load cash onto mobile wallets and sent across the country. Perhaps, the most recent visible successes in this space are third-party mobile wallet operators like Hermes, Oxigen, and PayTM (which recently received an investment from Alibaba). PayTM has made its platform interoperable with IMPS (enabling instant transfers to bank accounts);and offers peer-to-peer transfers through mobile apps, and will soon launch a network of physical “cash-in and cash-out” locations.

These signs are encouraging, though the market is still nascent and fragmented. Most volume is from early adopters and wealthier users. To achieve real scale, players must look to ensure greater interoperability, and provide more relevant use-cases and value-added services that make digital payments convenient tomass markets, BoP, and micro businesses.

Consumer ServicesIn our view, consumer financial services remain one of the biggest untapped opportunities in India. Rising internet penetration, increasing mobile access, and the growth of coverage of credit bureaus have primarily benefited higher income groups thus far. Online banking and comparison websites like BankBazaarare used primarily by connected and well-documented consumers. However, as smartphone penetration increases, these models are moving into mass-market and BoP. Companies like First Access and InVenture are leveraging data, generated through mobile phone usage and purchases, to extend credit to those with little other documented evidence of their capacity to repay.CreditMantri is helping “subprime” consumers understand their credit scores, build credit history, and access relevant products and services from other financial institutions.

Now, we believe that two additional public-sector efforts to lay broader infrastructure will further catalyze innovation and increase access for the most underserved. The government’s Jan DhanYojna (JDY), announced last year, has already rolled out around 125millionbasic bank accountsin partnership with state and private banks (that get a commission for every account opened). While over half of these accounts have a zero balance and there is anecdotal evidence that not everyone who wants an account is able to get one, we are tentatively optimistic that this program is much “stickier” than previous efforts Each account includes a debit card, an overdraft facility, and bundled insurance. To further encourage usage, the government has also begun disbursing subsidy payments into these accounts. We wrote more about the possibilities of these accounts last fall here.

We are also excited about the growing scale of India’s Universal ID Program (launched by the previous government and institutionalized by the current administration). Over 800 million people have been issued national identity cards, with their fingerprint and retinal scan stored in a central database. Relevant institutions like banks can receive immediate verification of an individual’s identity (as per regulation) by accessing this server directly, alleviating a major pain point in reaching poorer customers. These accounts can also be associated with a now ubiquitous mobile phone number to provide an extra layer of security. The ID database certainly has problems (with reports of duplicate entries and imperfect information). At Accion, we think there are opportunities for third-party startups to clean and verify the data, make it more usable, and even to build proprietary profiles, for uses as varied as marketing and financial services.

If it all comes together, the combination of an institutional bank account, a verified identity linked to a financial profile, and mobile internet access will open up powerful new low-cost applications for the BoP section. We cannot wait to see what’s over the horizon for financial inclusion in 2015.

Rishabh Khosla is a senior investment analyst with Venture Lab, supporting the team’s investment activity in India and the US. Rishabh also provides extensive support to Venture Lab’s portfolio engagement activities and fund operations. This article was written with input and support from Ganesh Rengaswamy, Managing Director at Accion’s Frontier Investments Group, and Vikas Raj, Director of Investments at Accion Venture Lab.