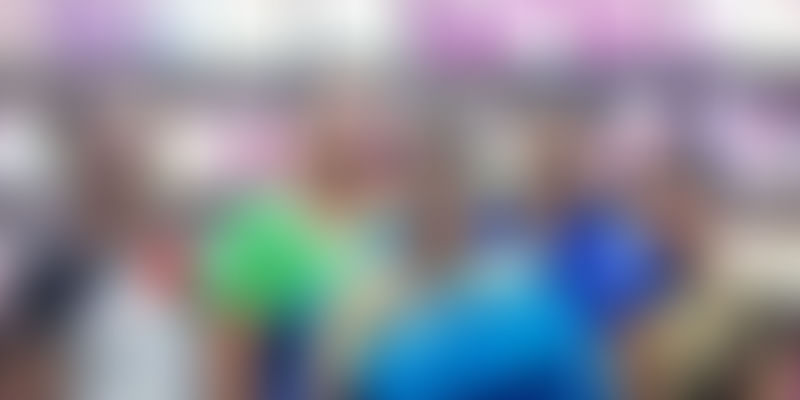 If the saying, where there’s a will, there’s a way holds true for anyone, it’s for Girija C. Pawate, the owner and creator of the online site Gangavathi Exports. Based out of Davangere, Karnataka, Gangavathi Exports was launched with the simple idea of ensuring that girls and women across different parts of rural India also get good quality lingerie at affordable prices.

Girija had dreams of becoming a doctor. However, she got married when she was very young. After marriage her life began to revolve around a husband and her family, “I tried going to college and managing my home and family, but it was very difficult. Then, I decided I would at least ensure my children are very well-educated,” adds Girija. Of her children, one son is a lawyer and the other two are software engineers based in London.

Girija’s husband’s family was based out of US and was very well-educated. While their parents had planned to go to the US, Girija and her husband decided to stay back and start a saree business. “I was busy with my family life, and my husband would manage the saree business,” says Girija. While, Girija herself wasn’t educated in an English medium school, she taught her children after learning everything on her own.

It was during this time that the idea of Gangavathi exports came to Girija. She and her family had come down to Bengaluru for a vacation.

During a shopping trip, Girija saw the different kinds and quality of lingerie available. “This got me thinking. I knew that girls in my hometown too would like to own lingerie like these, but would neither have access nor the means,” adds Girija.

At Davangere, there were limited options available and most girls and women weren’t aware how to pick the right kind of lingerie for their body type. “I wanted to do something about this, and I could sell it in our saree shop. But it wouldn’t have the reach,” says Girija. Hence, after much research and discussions with her family, Girija decided to open her own website.

“I couldn’t go to the big names nor could I employ MBAs because they would be too expensive,” says Girija. So, she decided to start the business in her hometown and work with people in her town. Girija’s sons built the website and developed the software for her to start shop.

The main focus of the site was to ensure that girls even in rural India have access to good quality lingerie at affordable prices. After setting up the website, the next challenge was to get the shipping. Packaging was easier because she would take it from the saree shop.

Initially, they worked with speed post, but products would take a lot of time to get delivered. So to combat this problem, Girija decided to tie up with different courier companies. Speaking about why she chose to go online, Girija says, “Everyone is on the computer these days. While my town too has access to computers, they do not have access to good quality lingerie and this is the case with every small town in India. So I decided to merge the two,” adds Girija.

Today, Gangavathi Exports not only ships across India, it also ships across different parts of the globe. “I want all young girls in the world, of different economic backgrounds, to have access to high quality good lingerie at affordable prices,” concludes Girija.