A venture factory at the intersection of consumption inversion, urbanization, and mobility 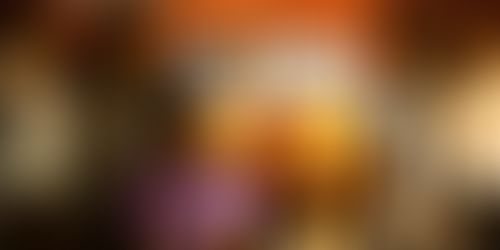 For more than six years now i2India has been in operating in the country. It was created on foundational investments by Imperial Innovations Plc UK (the technology Transfer arm of Imperial College, London), CMG Partners, UK, and other leading Indian industry leaders and experts, such as Tata Sons. Imperial Innovations UK is a $500 million company that has commercialised more than a hundred technologies over the past 20 odd years. Led by CEO Deepam Mishra, i2India has a board from across the globe that has been helping startups grow across scale and geographies.

Starting as an incubation+venture capital hub, i2India is now rebranding and moving towards becoming like a factory for startups. Deepam is an experienced technology commercialisation expert and serial entrepreneur, with 13 plus years of experience at Stanford Research International, USA. Meeting Deepam at his office in HSR Layout, Bangalore, the energy of change was in the air. The workspace is being redone to look like a factory and a couple of dozen of people are on the floor, busy working on their computers and brainstorming ideas.

To help create rapid business value i2india partners with select entrepreneurs and startups. It does so through filling in missing CXO roles, investing in and managing the entire product or market development process, guiding fund-raising with direct investments, and providing overall strategy and corporate oversight. Talking of the new approach, Deepam says, “We are currently at a stage where the entrepreneurial energy is bubbling in India. There are a lot of young companies with fantastic ideas but without the right support, most of them will die. We want to put a very structured approach in place so that startups have a betterchances of success.”

There are six companies in total that i2India is working with at the moment. Shippr is a company in the logistics space and works on the Uber model to provide trucks in Bangalore for transporting goods. Green Power Systems (GPS) a clean tech company, also based in Bangalore, has a product called BioUrja, which is a biowaste-to-energy solution for urban establishments. Then there is Spicetoons from i2play, which is a mobile gaming company. For all these companies, i2India has played a pivotal role in opening up doors. For instance, Shippr managed to crack a big corporate deal; GPS got two of the biggest names in India as their clients, which now account for more than half of their sales; and Spicetoons just closed a deal with Britannia through which they were able to reach a wider audience.

Depending on the stage and scale of the startup, i2India takes equity. “We are looking at three major trends when it comes to choosing companies -- consumption inversion, urbanization and mobility,” says Deepam. Consumption inversion typically means moving from a need-based to a want-based economy. With increasing aspirations and urbanization, the purchasing power has increased and mobile communications has been a great leveller when one talks of access. “We were pretty silent up till now but we’ve reached a point when our companies have matured and hit certain internal milestones,” says Deepam.

An outfit like i2India doesn’t take in companies in batches but has two tracks -- one in which a company has a team, and a certain amount of traction and approach; and the other wherein they tap the risk averse market. Talking about the latter one, Deepam adds: “There is a huge segment of people who have a few years of work experience but are dying to go out and do something. But they can’t because of the liabilities. We have an option for these entrepreneurs where the risk is relatively low, and we have internal ideas we work on which can be exposed to the worthy entrepreneur.”

Both these tracks are functioning now and i2India doesn’t intend to work with too many companies. But its doors are always has open for interesting ideas and energetic entrepreneurs.