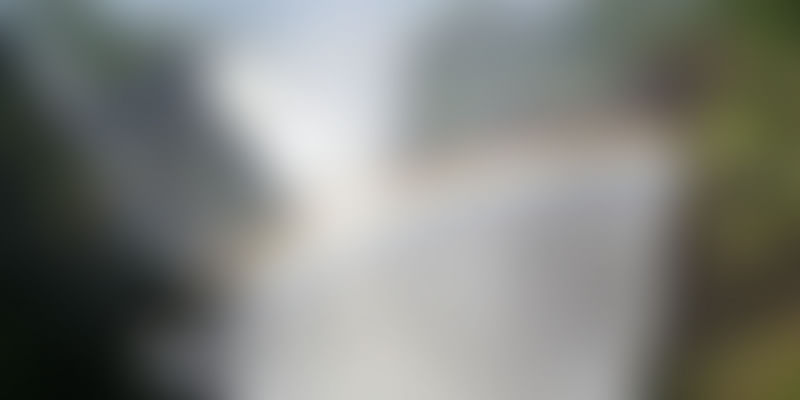 Over 350 delegates from 40 countries attended the three-day event at a venue near the stunning Victoria Falls, one of the seven natural wonders of the world. 20 workshops and 18 solutions showcases offered snapshots and deep dives into emerging technologies and business models. Here are my key takeaways from the event as conference chair, described in my ‘8 Cs’ framework of digital media: connectivity, content, commerce, community, culture, cooperation, capacity and capital.

“Connectivity is a central enabling agent for the information economy,” said Emmerson Mnangagwa, Vice President of Zimbabwe. Internet penetration in Africa is estimated at 16 per cent of the population. Africa’s population is predicted to cross 2.4 billion in 2050, and work must step up now to increase the reach and richness of digital media via a hybrid combination of satellite, fibre, mobile and rural communication networks.

In mature economies, 78 per cent of people have Internet access as compared to 32 per cent in emerging economies, said Matthew Howett, Practice Leader for Regulation, Ovum. Access options via drones and balloons are emerging.

The focus should be not just on access today but long-term resilience of connectivity infrastructure for the decades ahead, for which options like fibre are well suited. “Satellite technology based on IP is becoming the LAN in the sky,” added Vitek Janowski, consultant at Telecom/Telematique.

A major driver of affordability is relevance: if citizens see that useful content and services are available online, they will find ways to afford access. Access, adoption and application are key to growth of the digital economy in Africa, said Andy Andersen, head of marketing at SES.

There needs to be more content and services for rural areas where the majority of Africa’s population live and work, such as livestock sales, alerts for electricity load shedding, location of farm equipment, and m-health vet apps for detecting symptoms. Africa is rich in culture and music, which make for vibrant content ecosystems (see for example my app on African proverbs on Apple and Android platforms).

Health, education, business and governance are core areas for digital content development in Africa. “Education is the most powerful weapon which you can use to change the world,” in the words of the late great Nelson Mandela.

Digital solutions are proliferating not just for communicating and publishing but transacting as well. Mobile money is the ‘invisible bank’ in Kenya and is a significant driver of its digital economy, said Alice Koech, programme coordinator at ATU. M-Pesa is increasing people’s participation and trust in Kenya’s digital economy platforms, and supports new innovations and apps such as M-Kopa, a pay-per-use solar energy solution.

Micropayments are picking up in Kenya and are good for startups and social enterprises, said John Karanja, Head of Sales at BitPesa. He cited examples like the BitGive Foundation which used crowdsourcing and micro-payments to fund digging of new wells in Kenya. BitPesa will also be organising a conference on BitCoin and cryptocurrency in Kenya later this year.

Mobile opens the door to new kinds of financial services in Africa such as insurance, said Peter Gross, Regional Director for Africa, MicroEnsure. Mobile bus ticketing apps have emerged in Zambia, as well as micro-lending platforms like Zidisha. The eNhava project was officially launched at IADS 2015 as an online inclusion platform with services for digital payment. The initiative has the support of TechEquity and ZarNet, and can involve other institutions such as post offices as partners for customer education and service.

The rise of social media is leading to new kinds of digital community formation and networking, and can be used to enhance citizen safety, service innovation and political activism. Notable examples in Africa include the use of Twitter hashtags to raise awareness about kidnappings in Nigeria and student safety in Kenya. Vertical solutions like SAHEL Health address the broader community in healthcare, as well as iKnowledge for the education community in Tanzania.

“A safe environment enhances the learning experience. How much of the world can offer this safety to children?” asked Cliff Mupangavanhu, CEO, ZARnet. His remarks were made in the context of recent attacks on school children in Kenya. Monitoring solutions like smart wristbands, wireless tracking of buses, and digital surveillance can be used in this regard.

For long-term success, African governments and companies need to have a culture of openness and co-creation with stakeholders. For example, CIOs need to think like VCs and managers need to use design thinking to better understand and serve customers, advised Gezahegn Leta, Director of Innovation at Awash Bank. “A culture of continuous improvement is our motto,” said Christopher Momanyi, Director at Strathmore University, Kenya.

Government and industry need to sharpen and deepen their skills in managing partnership consortiums via processes, standards and metrics. A good example of public-private partnership is between the Western Cape government, SITA and NeoTel for digital access and content in schools, hospitals, libraries and government offices. Government-industry partnerships will be needed to bring the benefits of fibre to rural areas, said Juanita Clark, CEO of the FTTH Council Africa.

Public-private partnerships are particularly needed for large-scale ambitious projects like smart cities. The goals of a smart city are better service control, well-being of residents and efficient business, said Chang-Hai Lai, VP for Africa at China Telecom. On the content front, the Mozilla Foundation is promoting the Firefox OS and pre-loaded apps via partnerships with 18 operators and five device manufacturers.

More partnership agreements for connectivity and regional integration are important for regions like Southern Africa, said Cecilia Mamelodi-Onyadile, SPO at SADC. Other areas of international cooperation are in Internet governance organisations like ICANN, which is important for security and revenues as well as national and organisational branding. “NGOs need to explore and learn to develop the full potential of gTLDs. A Facebook page is no substitute for your own organisation’s website,” advised Klaus Stoll, Executive Director, GKPF.

ICTs are an industry and an instrument for growth, each of which calls for capacity in digital literacy and innovation. In addition to being a consumer of ICTs, Africa can also emerge as a producer of ICTs with appropriate government policies, institutional support, R&D investments and creation of an entrepreneurship ecosystem. Startup hubs and IT parks are emerging in countries like South Africa, Kenya and Nigeria, along with Africa-focused VCs, startup media and entrepreneur awards (see YourStory Africa coverage for example).

The telecoms industry in the sub-Sahara African region is said to be growing at a faster pace than other industries, but areas for improvement include better project preparation, said Ashley Petersen, Senior Business Development Manager at IDC.

A number of organisations have highlighted the impact of ICT investments on the economy, such as GSMA, World Bank and McKinsey. A 10 per cent increase in broadband penetration leads to 1.4 per cent GDP growth, according to the World Bank.

Many international investors may seem nervous at first when contemplating the Africa market, but once they have immersed in the market they view it more favourably, observed Alon Avnon, Managing Director of BizDevOs. Innovating in Africa will yield good products that can be used in the rest of the world as well, added Sunil Joshi, CEO of NeoTel.

In addition to Western countries, China and India are active in Africa’s hardware, software and networking industries. The African ICT sector is expected to triple by 2025, growing in value to $80-95 billion. Indian companies are making a mark with their engineering capabilities, experience with frugal innovation, and ability to train employees at scale, writes Stephanie Keene of National Law Review.

There is a big shortage of data on Africa’s ICT sector, observed Robert Schuman, principal analyst at Analysys Mason. More research is needed on ICT impacts, return on investment, and positive as well as detrimental effects of ICT such as job displacements, data privacy and security risks.

In sum, ICTs can lift the GDP and unleash the intellectual capital of emerging economies like Africa. “Africa should have belief in long-term ICT growth and the human right to Internet access,” said David Eurin, Chief Strategy Officer, Liquid Telecom.