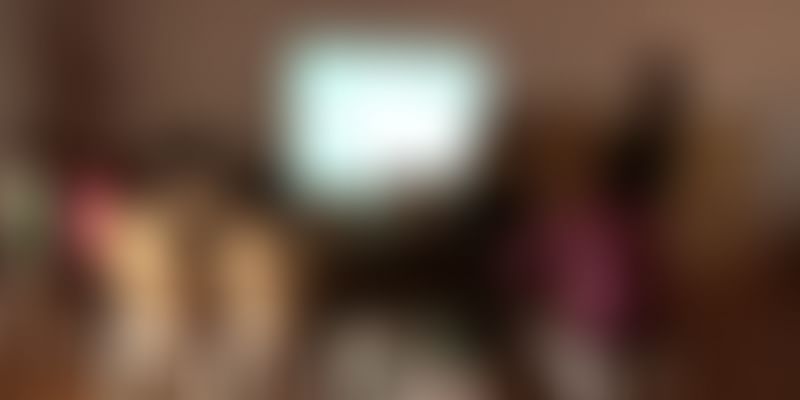 Padra is a small area in Gujarat whose identity can be placed somewhere between a village and a town. Hailing from this place, Mihir Pathak is a 19 year old youngster who mustered up enough courage to drop out of college and start his own alternative education centre. “I just couldn’t concentrate in school or college. I was sure that there can be better ways of learning and hence I decided to drop out,” says Mihir. His decision was backed by his travels which took him to places like Auroville. “With support from my family, I spent a few months at some of the alternative education hubs across India and got the inspiration to start something of my own,” says Mihir.

And that he did. Learnlabs.in- “An initiative to build model schools by using integrated manner of innovative teaching-learning methods that will become a benchmark of excellence for educating underprivileged children.”

Over a telephone conversation, Mihir tells us about all the exciting things they’ve been up to. Currently working with government schools in Padra, the work has begun in full swing. “We are going to introduce MIT Scratch to all students from 1st std to 8th at Muni Seva Ashram School. We completed our pilot project with few students from std 6th and 7th,” says Mihir. His friend and mentor, Samyak Bhuta helped in making this aspect possible.

Mihir shares the list of interesting things he did in 2014-15 and they're all worthy of mention:

Mihir is not alone in this journey. He managed to convince some senior professors and got Narendra Phanse and Suresh Jain as directors of Learnlabs. They also have a small technical and operations team to manage the undertakings. The mission is to create an innovative model of education that is measurable, sustainable and replicable, so as to provide quality education to all mainstream schools. “For the first phase of our project, we are functioning at Sharda Mandir Ashram School, supported by Muni Seva Ashram, Vadodara,” says Mihir.

This is a pretty big step for a teenager coming from an almost unheard of place. But the world works in amazing ways. You can never write off any chance. “My family was apprehensive about the move. All my friends will graduate soon but I chose a different path. I had dropped out but explained the situation to them. And luckily, they were willing to give me a chance,” says Mihir. The final aim is to come up with a fully functional space which can act as an alternative education school. But for now, the team visits various schools and teaches the students.

Mihir has also managed to raise some funds and pays himself a salary of INR 5000 which makes him and his family proud. Mihir calls it a revolution and writes on their blog, “Learnlabs is a community of students and adults interested in learning about ourselves and our relationship with the world. This learning involves not only academics and other life skills, but also a deeper exploration about our emotions and thought processes and the way we respond to the challenges of life.”

The ‘revolution’ is still in a very early stage but the signs are positive. Overall, there are some phenomenal efforts being made in the field of alternative education, some of the prominent examples would be:

For Learnlabs, these initiatives are more like role models. Having personally been involved with the maker movement in India, I’d be visiting Leanrlabs in the coming times to check on the progress and add on momentum. The seed has been sown and even though we’re generally wary of wiz-kid stories, Mihir Pathak’s case seems to be a genuine one. With the right kind of support and attitude, if things fall into place, Padra would be proud to be home to one of the upcoming alternative education centres in India.