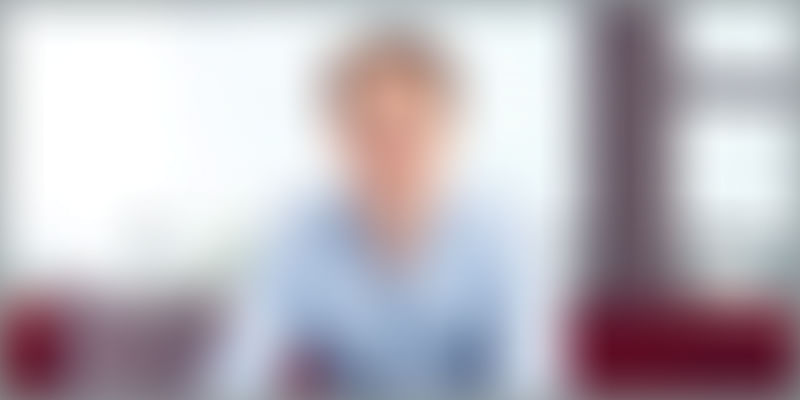 There are some amazing startups flooding emerging markets globally such as Jumia in Nigeria, EasyTaxi in Brazil, Zando in South Africa, Kaymu in Pakistan and Lazada in Indonesia. All these have common glue that binds them together, Rocket Internet, a ship steered by the reclusive Oliver Samwer and his brothers Marc and Alexander.

If you haven’t heard of Oliver Samwer, don’t be surprised. He is a European entrepreneur and CEO of Rocket Internet AG, a Germany based global internet accelerator. Samwer dislikes the word incubator, he prefers to call Rocket Internet a platform to create and build companies that are changing the world. He along with brothers Alexander and Marc shrug off calling themselves ‘innovators’, they prefer the term ‘builders’.

They stay away from the “innovation” wagon, and just concentrate on getting the job done, effectively. Given the growing demand for online services, they see the increasing number of people who want to become entrepreneurs rising on one great idea and a plan of action. But Samwer has a simple theory: even if you have a great idea and plan of action; you missed the two important pieces- knowledge and capital. That’s exactly where Rocket Internet, a platform for knowledge and capital, steps in. They see concepts and ideas working well in developed markets, such as the US, and replicate them in markets that are opening up to the boom of internet and mobile connectivity.

Oliver Samwer has an unassuming demeanour. There is an air of confidence about him, that is often misunderstood as arrogance. But don’t be fooled, you would be naïve to believe that Rocket Internet simply has a copy-cat model. What they have achieved is their ability to scale fast and turn around operations rapidly. Samwer and his team have found what he likes to call innovation in execution.

Rocket Internet started in 2007 and has now more than 25,000 employees across its network of companies, which are active in more than 100 countries across six continents.

In September last year, YourStory reported that Rocket Internet was to go the IPO way in Germany by the end of 2014. In less than a month, they eventually debuted in Germany and completed the biggest initial public offering in the country since 2007.

The key to his investment decisions lie in the identifying of the optimal risk to reward ratio. You know the saying “In God we trust, everybody else bring data.” Oliver firmly believes in the power of data in execution of business operations. Which is why despite its ambitious IPO plan, Rocket Internet raised close to $445 million from the Philippine Long Distance Telephone Company (PLDT), the largest telecommunications company in the Philippines against a 10% stake in Rocket. This valuation, coupled with its IPO, catapulted each of the Samwer brothers into the billionaire club.

Forbes estimates each of the Samwer brother’s net worth to be about $1.2 billion.

I personally believe entrepreneurs in India have more to learn from Samwer and Rocket than from the Valley. Mainly because of the parallels you can draw with India and the markets and style in which Rocket operates.

Sujal Shah, now CXO at MissMalini.com, was picked by Oliver and team to be an MD for what is now Jabong in India, early 2011. When I quiz him on what Indian entrepreneurs can learn from Samwer, he says:

Oliver and his team are all about hyper development and deployment. Scale and Speed. I think of Oliver as a Financial Engineer - something he has done many times over with his myriad clone businesses around the world. No matter what people may say about his style - I've heard "mercenary" and "ruthless" - he makes no bones about his expectations and his "need for speed".

Regardless, I see him as a guy who learns and course corrects fast...not always with the right decision or strategy, but he is consistent in pushing for scale fast and pulling the plug when he feels is appropriate. In my time with the team, he certainly is dedicated to his singular cause of growth and scale. And for all intensive purposes; he has done quite well for himself and his principal investors.

In 1999, Oliver Samwer and his brothers started Alando which was an eBay clone. His professor from university Horst Albach provided them the seed funding to start up. A little over hundred days after starting Alando, eBay acquired their startup for $43 million. Samwer often cites that this quick sale was one of the biggest mistakes of his career. After the acquisition, Samwer stayed at eBay as Managing Director overseeing markets that spoke German.

You know what they say, once an entrepreneur, you’re hooked for life. In 2000, Oliver and his brothers along with Ole Brandenburg and Max Finger founded ringtone maker Jamba. Remember that song Crazy Frog that was stuck in everyone’s head? Yeah, Jamba was behind it. In four years, they scaled Jamba across markets beyond Germany and eventually sold the company to Verisign for $273 million.

Speaking at an IdeaLab event, his advice to founders was to run your startup like a bakery. Simply put: bake in the morning, sell in the day, and count at night. Essentially translating for entrepreneurs to working on your product, reaching out to customers and suppliers during the day and analysing the data at night.

The Future of Samwer and Rocket

In the past, whenever Oliver started up, he had to find new people and the learning started again from day one. With Rocket, he envisions a platform that enables them to possess the right knowledge, capital and people who have been there and done that to do it over and over again and, therefore, be superior to a startup that has to do something for the first time.

Southeast Asia and Africa remains one of Rocket’s biggest focuses. With investments like $110 million in Food Panda in India and $150 million in Jumia to expand in Africa, their intention to build a global network of technology focused companies is crystal clear.

One thing is for certain, entrepreneurs who enter Rocket, leave it with an experience of a lifetime. The brand they have created globally is one not just to be respected, but to be feared, because Rocket means business. They are out to eat your lunch. On a personal note, Oliver believes in the 3 F’s that play an important role in his life -- family, few friends and founders of the companies he supports. Something many Indian entrepreneurs too echo. It would be wrong of me not to disclose this, but I am personally a big Oliver Samwer fan and believe in their vision to create a more technology-driven and accessible world.