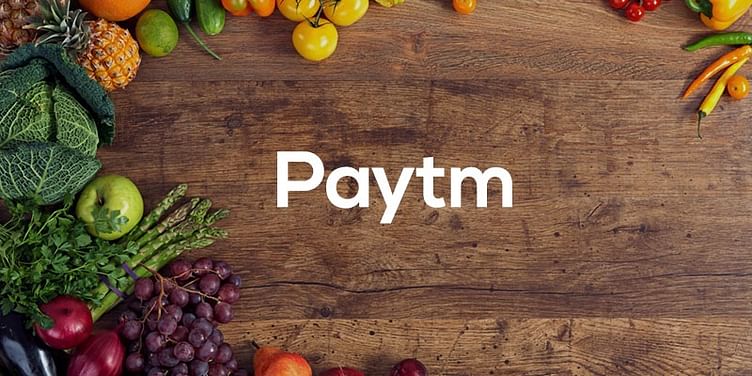 The trend of home delivery of groceries is fast catching up across the Indian startup ecosystem. Besides startups, biggies are also seeing immense potential in the category. After Amazon, Alibaba-backed mobile marketplace Paytm has forayed into the grocery delivery space. The company will initially start with Bengaluru and will roll out in Delhi by May this year.

At present, the company is partnering with retailers in Bengaluru and will soon start delivery in some parts of the city. “We are testing the grocery space as we see an immense potential,” says Vijay Shekhar Sharma, CEO, Paytm. Paytm has also partnered with third party logistics partner in Bengaluru.

“We have been working on the grocery vertical for the past four months and the beta run of our separate app for grocery will be out in a few weeks,” adds Vijay. The company plans to reach 10,000 transactions in the grocery space in the first few months. Paytm has named its upcoming grocery app - Zip.

Grocery was not a hot category earlier, however in the recent past the segment has attracted the interest of a slew of startups. Players like Zopnow, Bigbasket, Grofers, Localbanya and PepperTap have been evangelizing the space from quite some time.

Unlike other verticals, online grocery space hasn't attracted VCs' interest to a large extent but things have been changing with Bigbasket, Localbanya, ZopNow, Grofers and Peppertap, which are raising round after round and scaling fast with venture backing.

Over the past two months, hyper-local ventures have raised more than $60 million from various venture capitalists. Gurgaon-based Grofers snapped up $45 million (in two rounds) while PepperTap secured $12 million across two rounds.

Bengaluru-based Zopnow had already raised a round this month and is in advance talks to raise another round soon. This year seems to be a roller-coaster ride for hyper-local players and VCs are fearlessly parking their wealth in the above startups.

Besides Paytm, e-commerce majors Snapdeal and Flipkart are also gearing up to get into the grocery space. While Amazon recently launched an express delivery platform under a 'Kirana Now' service in partnership with local retailers, Snapdeal tied up with gourmet food retailer Godrej Nature's Basket.

Given big players are entering this segment be ready for heavy discounts. Like other verticals, deep pocket e-commerce player will use discounts to gain more consumers and swift traction. Also consolidation can’t be ruled out as bigger players may go acquisition way to gain quick scale.

Paytm entry into the grocery segment is well timed and hyperlocal players are going through exciting times. Stay tuned for more updates.

Of spices and seeds: Tangerine’s bet on sustainably-made jewellery