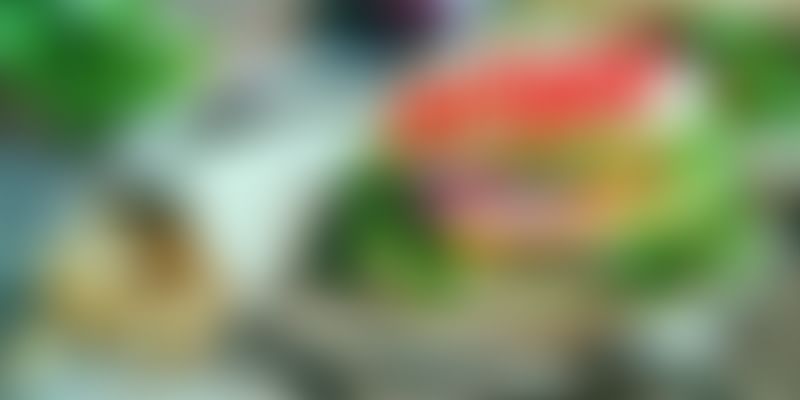 Sriharsha Majety, a BITS Pilani and IIM-C alumnus, was working as a trader at an investment bank in London before turning a ‘blissful wanderer’ who traveled across South-east Asia and Europe in his bicycle. Nandan Reddy, another BITS Pilani alumnus, was a consultant and had built a startup (Galla) around a tablet-based POS for restaurants after heading operations of SourcePilani, India’s first rural BPO.

Last year, both of them were building a logistics platform called Bundl which was shut down in June 2014. Working on Bundl and tracking the logistics space excited both the co-founders of the potential of hyperlocal delivery in Indian metros. Therefore, by the time they decided to shut down Bundl, they had already planned to get into hyperlocal delivery. This excitement along with the hassle of ordering food, was convincing enough for the duo to take the plunge and start Swiggy, along with Rahul Jaimani, an IIT-Kharagpur alumnus, who was working as a developer at Myntra. Swiggy is the new food ordering and delivery company based out of Bengaluru. Swiggy started operations in August 2014 from Koramangala, Bengaluru’s startup hub.

Within eight months of its launch, Swiggy has secured $2 million funding from Accel Partners and SAIF Partners.

YourStory spoke to Sriharsha to know more about Swiggy’s plans and funding.

The urban dictionary throws the meaning of the word ‘swiggy’ as something unbelievably legit and real.

Sriharsha claims that Swiggy was founded to get food from the best restaurants in a neighborhood delivered to the customer’s doorstep. Unlike many other food ordering platforms, Swiggy has its own fleet of delivery personnel equipped with smartphones with an app powered by routing algorithms, who pick-up orders from restaurants and deliver it to customers. This ensures that Swiggy provides customers with timely deliveries and real-time tracking of their order status.

Because of their own fleet, Swiggy does not have a minimum order policy on any restaurant and accept online payments for all restaurants that they work with. Reliable and fast deliveries are ensured as the delivery Swiggy boy only carries one order at a time.

The business of food and growth

Swiggy takes a percent of order generated for the restaurants as commission. Initially, they were charging a small delivery fee to users for orders below Rs.200 but have discontinued it for the next few months.

We've almost been doubling every month since the launch. After raising our first round of funding, we’ve expanded our coverage and our partnerships and tripled our order numbers over the last month.

Sriharsha believes that there's no more powerful marketing channel than the word-of-mouth. The company is operating in 11 neighbourhoods in Bangalore and plans to serve all over the city in the next two months. Swiggy has tied up with more than 300 restaurants and delivering 1000+ orders daily already.

For restaurants, Swiggy generates an additional business without any additional hassles of managing delivery. This, according to Sriharsha, is the reason why restaurants continue to be committed to a strong partnership with the company.

Commenting on the recent funding round, Sriharsha says,

Our repeat percentages and engagement levels are off the charts. We shall use the funds to hire aggressively and expand our coverage across the top 10 cities in India before the end of the year. We have already been able to hire some really great candidates across functions and will continue to invest heavily into building a top team that can dominate the space going forward.

“The size of the Indian restaurant industry will be worth $30 billion in 2020 and is growing at a very fast pace. The percentage of delivery in this market is also witnessing a steep increase so the opportunity is really massive.”

The vibrancy of the sector can be estimated by the fact that more than 65 food-tech companies are operating in India today. Success of the likes of Zomato and FoodPanda has also strengthened the sentiment for the Food & Beverages industry in India. Tinyowl is another online food ordering platform witnessing a massive growth.

Sriharsha recollects his experiences with Bundl,

We were starry-eyed first time entrepreneurs excited to build a solution for a real problem, but we should've sized the opportunity better rather than just getting excited about solving a problem right away.

Swiggy is focusing on food delivery for the medium term as there’s still so much left to be accomplished in the domain. However, Sriharsha doesn’t rule out adding other categories (business verticals) at a later point in time. He signed off with the following comment on the competition in this sector which also reflects the ideology of Swiggy at large,

It’s great to have competition in the space, it pushes us all to work even harder and serve better experiences to the customers. May the best service win!